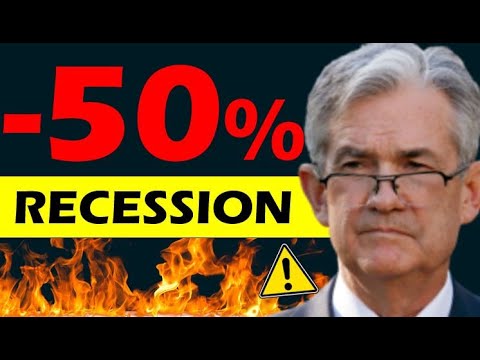 After two consecutive quarters of negative GDP Growth, the US economy is unofficially in Recession. Meanwhile, 65% of Americans agree that we’re in a Recession. But this is all likely to get much worse as raging inflation, record low consumer sentiment, and increasing interest rates push the US Economy, Housing Market, & Stock Market into collapse.

Interestingly – not everyone agrees that we’re in a Recession. Jerome Powell actually doesn’t think we’re in one yet despite predicting worsening economic conditions into the future. Joe Biden and Janet Yellen don’t believe we’re in a recession either.

But given that so many Americans and small businesses believe one is coming – the 2022 Recession will become a self-fulfilling prophecy. Small Business Optimism is at a near record low. So is Consumer Sentiment. Which indicates that today’s record-low unemployment rate is likely to explode into the future.

DISCLAIMER: This video content is intended only for informational, educational, and entertainment purposes. Neither Reventure Consulting or Nicholas Gerli are registered financial advisors. Your use of Reventure Consulting’s YouTube channel and your reliance on any information on the channel is solely at your own risk. Moreover, the use of the Internet (including, but not limited to, YouTube, E-Mail, and Instagram) for communications with Reventure Consulting does not establish a formal business relationship.