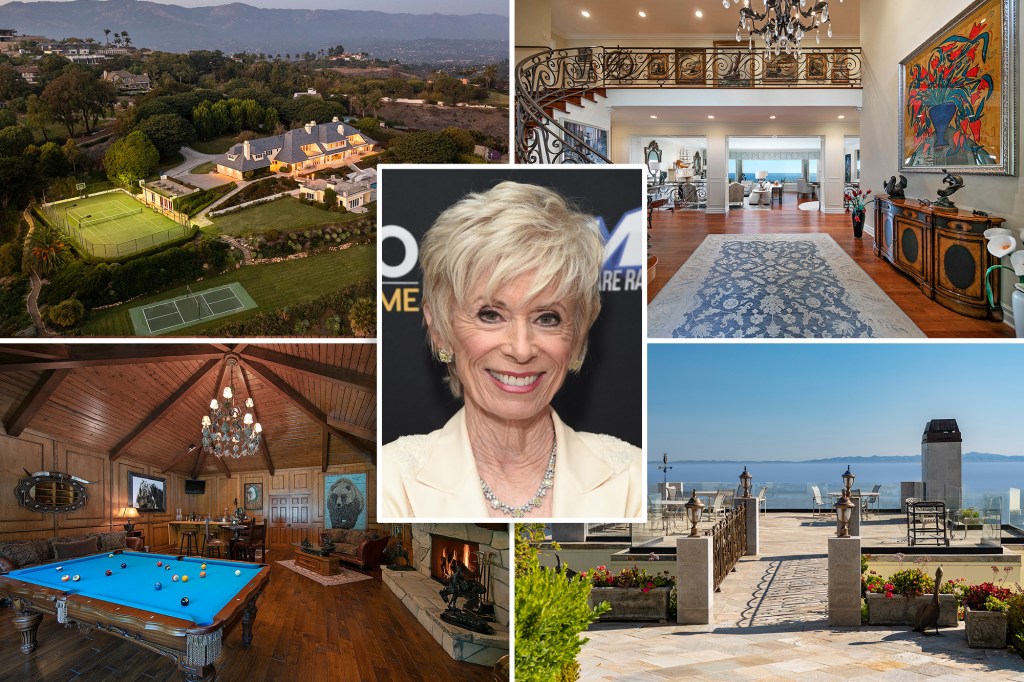 Dr. Laura is offering something other than relationship advice — a $19.5 million Santa Barbara compound, The Post can exclusively reveal.

It’s where the controversial radio personality raised her family, recorded her once scandal-plagued show and even hosted her son’s wedding, she told The Post of her 16 years there.

“You walk into a house and it’s like a warm sweater or not. This house is like a warm, toasty sweater,” Dr. Laura Schlessinger told The Post. “It has a good feeling because there was so much happiness here.”

The 74-year-old SiriusXM radio host plans to downsize because her late husband Lewis Bishop died in 2015 and her son Deryk Schlessinger, 35, is grown, she said.

“It’s amazing to come full circle in this house — to have a baby, and now he’s married… It was touching to be the mother of the groom,” she said.

The estate also has her main studio where she recorded almost all of her relationship advice-geared radio shows, she said. It is soundproofed with beige padding and equipped with a directional microphone, she said.

“My commute is about 50 seconds,” she said. She does not plan to retire and will build a new studio in her new home, she said.

The estate has six bedrooms and seven bathrooms spanning 8,788 square feet. The house is equipped with six fireplaces, a media room, a billiards room, an onyx bathroom and an expansive south-facing ocean view along the coast.

“The first time I saw the house, I went to the back and said ‘Holy cow’ — actually, I said a naughtier word,” she told The Post.

She’ll miss the ocean view but hopes her new place will have a view too — or at least a koi pond or a fish tank, she said.

“The view is just staggering. You have to see the property to grasp it — there’s nothing like it,” listing broker Jason Streatfeild of Douglas Elliman told The Post.

The 3.75-acre estate has a gym, a lighted tennis court, a pickleball court, a putting green, a guest apartment, an outdoor fireplace, a hot tub and a pool she said she has used “maybe four times.”

“This is one of the most beautiful view properties you would find anywhere in the world. It’s like Tuscany and the Amalfi Coast but California,” Streatfeild told The Post.

But her favorite outdoor feature is the quarter-acre hiking path loop, which she completes four turns of daily, she said.

“Someone is going to have a very good life when they discover the house and move in,” Streatfeild told The Post.

The outspoken host of “The Dr. Laura Program” on SiriusXM switched to streaming radio in 2010, before which time her show was broadcast on hundreds of radio stations around the United States. Her net worth is unknown.

Schlessinger, who has a doctorate in physiology and a certificate in marriage and family counseling, is known for books including “The Proper Care & Feeding of Husbands” and “Stop Whining, Start Living.”

Reverse Mortgage Real Estate Investing
Wait, is China about to go to war with Taiwan? Are they crazy | Redacted with Clayton Morris
Debt Strategies For Real Estate Investors
** SHOCKING** Police attack peaceful New Zealand protestors over covid mandates
It’s only WEEKS away and it might be worse than the Great Recession | Redacted with Clayton Morris