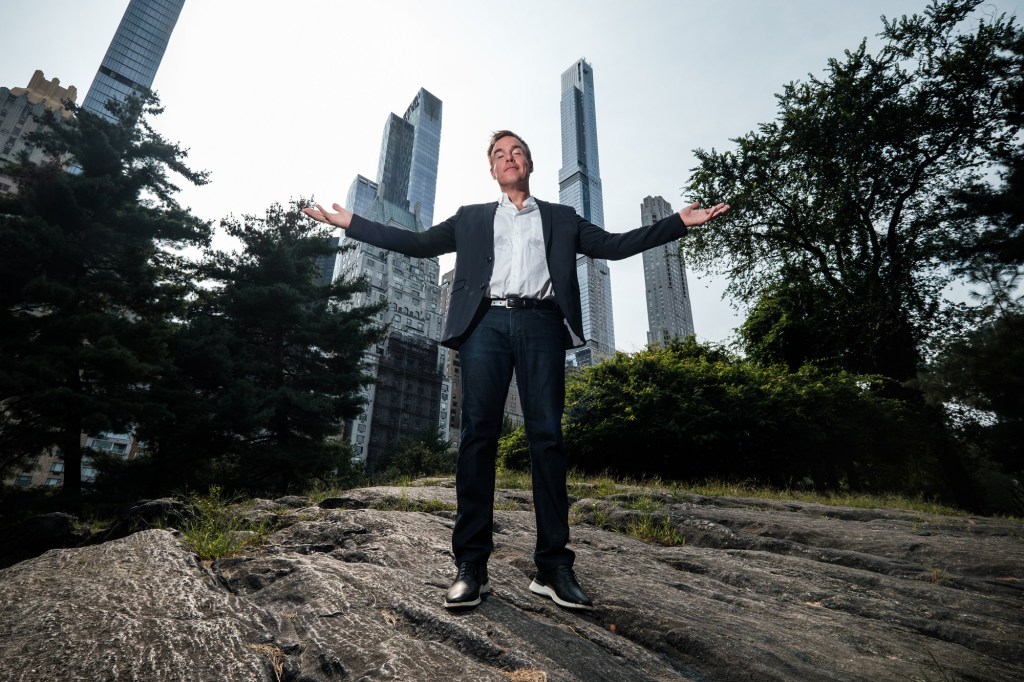 As a Manhattanite who’s been there and done that, I know my way around NYC’s most exclusive residences.

From panoramic park views to amenities suites that would make a Saudi prince salivate, I’m tough to impress.

Gongs for selling out a billion-dollar building — who cares?

But certain NYC towers are unignorable for reasons brokers hope to brush under the rug.

So, instead, of regurgitating the same old praises for shiniest or most expensive, I’m handing out trophies to buildings that address the real (and dubious) needs of rich New Yorkers.

Call it wannabe VIP BDE. Developers have erected so many ultra-tall residential skyscrapers in NYC, because they know that their ultra-rich clientele need a lot of compensation — and we’re not talking about money.

“Height is a powerful correlate of success in human form,” urban psychologist Colin Ellard told The Post. “There’s always been a cachet, and a competitive element [to height].”

According to Ellard, tall men on average have more education and bigger bank balances than short men. So it’s no surprise that men who are lacking a certain something would buy big and tall.

“[These buildings] are monuments to male power and dominance,” said Leslie Kern, author of “Feminist City.”

“Toxic masculinity is embedded right into the form itself.”

The race for male enhancement began with the arrival of Extell’s 1,004-foot condo tower One57 on Billionaires’ Row in 2014. Hedge fund billionaire Bill Ackman spent $100 million on its tippy top. Then there was Macklowe’s 432 Park at 1,397 feet, nicknamed “a middle finger to New York’s skyline,” followed by 111 West 57th with fewer floors but taller, at 1,428 feet, and topped off by a triplex penthouse.

All of these ultra-tall skyscrapers are the architectural equivalents of a padded jockstrap — almost a quarter of the floors at 432 Park, for example, aren’t homes, but instead storage for mechanical or structural essentials, handily bulking up the overall height.

But the award-winner is Extell’s latest effort: Central Park Tower. It is currently the tallest residential building in the world with 98 floors and 1,550 feet in height. A duplex unit in the building is currently asking $150 million — the perfect cure for standing under 6 feet.

A cad in need of a new pad should choose carefully — especially if you want to hook up with a neighbor on the DL.

“Entrances are like orgasms — there should be multiple,” said Paul Keable, chief strategy officer of DIY affair website Ashley Madison. “And size does matter — the bigger the building, the more residents and the more potential for anonymity.”

Per Keable’s proviso, 108 Leonard is a candidate for New York’s most affair-primed building — a trio of entrances and more than 150 different residences. Another option is 15 Hudson Yards: There’s a discreet connection between the door to the affordable housing complex and the pricier plush crash pads next door, allowing you to enter via the former to reach your home in the latter.

The best option, though, is at 168 Plymouth St. in Dumbo, if you follow the advice of Leeza Cooper, author of “How to Have an Affair: And How it Can Save Your Marriage.”

The newly converted former commercial property (where a three-bedroom is listed for $4.75 million) ditched its entry on Jay Street in favor of a dimly lit alleyway opening, where there isn’t a gaffe-prone doorman anywhere near the gate.

“Privacy and confidentiality are the main criteria, and invisibility from the main roads,” she said.

She recalls a TV producer she knew in Manhattan who kept his wife and actor boyfriend in different apartments in the same building for several years. It was only when there was a changeover in concierge that he was busted.

“Could I get your boyfriend’s signature on this copy of his autobiography?” the overly enthusiastic new hire asked.

Unfortunately his wife was just exiting the elevator, and heard it all.

That’s exactly the type of imbroglio we’re trying to avoid.

The paparazzi-proof building: The Wren

Foiling the paparazzi at a luxury building is simple, according to legendary pap Ron Galella, whose pictures of Jackie O and Liz Taylor were staples in The Post.

“Getting in and out of cars is very good for pictures — I always did that when I staked out a restaurant, maybe the 21 Club,” he recalled. “You get sexy leg shots of the woman, too.”

He’d also muscle his way into a building via its underground parking lots.

“I’d get them at the elevator down in the garage — just go in, because nobody stops you. They think you’re authorized, and you get away with it. With surprise, you can get away with anything.”

The key, then, to keeping pros like Galella away — or even iPhone-toting, selfie-thirsty ordinary Joes — lies in a building’s garage.

A candidate for the award is 520 West 28th, the building designed by the late Zaha Hadid; it has a 40-space, fully automated parking system from Park Plus that means any human roaming amid the vehicles can be instantly identified as out of place. A piece of privacy there will set you back an average of $8.3 million.

Better still, though, is the brand new, five-residence Wren at 327 E. 84th St. on the Upper East Side: Owners will drive their cars into an elevator, which will take them straight to their parking spot, before a separate elevator takes them right into their apartment — no lobbies, hallways or attendants (sales launch this fall). The only paparazzo who could breach those defenses is Spider-Man.

One of the biggest downsides of NYC living is uninvited overnight guests — that distant cousin who suddenly becomes a BFF once you mention you’ve bought a new triplex in Tribeca.

Chris Turner-Neal, co-author of “The Misanthrope’s Guide to Life: (Go Away!)” is a connoisseur of keeping people away.

“There is no such thing as extra space,” he said. “The space will be filled. A homeless nephew will appear. If you set the other bedroom up as a guest room, your guests won’t leave.”

One option, of course, is to opt for a development with accessory apartments: studios sold only to existing owners to use for staff or slightly unwelcome family, a holdover from the Gilded Age.

The Greenwich Lane in Greenwich Village discreetly offers this option to its owners — the 500-square-foot spaces cost $1.26 million when sales launched. But even then, you could end up hosting.

Better to play it safe and snap up somewhere that emphasizes bijou apartments — well-designed, but small, the majority aimed at a singleton or a couple, max.

The best new option for that: the 67-story, 801-home condo complex in LIC, Skyline Tower, where 49% of its apartments are studios or one-bedrooms between $660,000 and just over a million bucks — the perfect option.

If you’re hesitating at such downsizing, consider another of Turner-Neal’s warnings.

“We live in an uncertain time,” he said. “Do you really want to have to up and flee the Great Incel Army with a three-bedroom unit’s worth of stuff?”

Of course, everyone knows rentals under 30 days are now verboten in NYC — not that the law ever stopped a determined New Yorker from doing whatever they wanted.

“Drugs are illegal, right? Guns, too? Technically, yes. But once something is introduced into a market, it probably is never going away. Especially if sometimes it’s legal,” said Danny Rusteen, author of “Optimize YOUR Bnb: The Definitive Guide to Ranking #1 in Airbnb Search.”

“New York is quite backwards and behind on this one,” he added.

But if you dare to flout the Big Apple’s pesky rental laws there are things to consider, says Rusteen: Setting up keyless entry is crucial, as is packing the kitchen full of amenities that will wow guests. But the ultimate key to the Airbnb game is discretion.

One building in Manhattan learned that the hard way, becoming synonymous with the short-term rental hustle: the 475-unit Atelier at 635 W. 42nd St.

As The Post previously reported, irate residents accused the building’s board of operating a massive illegal Airbnb racket — leading to a city raid on the building in 2018.

The cheapest one-bedroom for sale there right now? $700,000. Charge what Airbnb says was the average US hosts received per guest arrival, $185, and you’ll easily pay it off in, oh, just over a decade.

3 key things to know before opening a home equity line of credit
Mansion built on 60-foot-high stilts lists for first time in 20 years
Rent prices have dropped the most in these 5 U.S. metros. Why it’s cheaper to rent than buy in many markets
The US is actually making Ukraine WEAKER! #shorts
4 Ways to Invest in Real Estate with NO MONEY in 2023