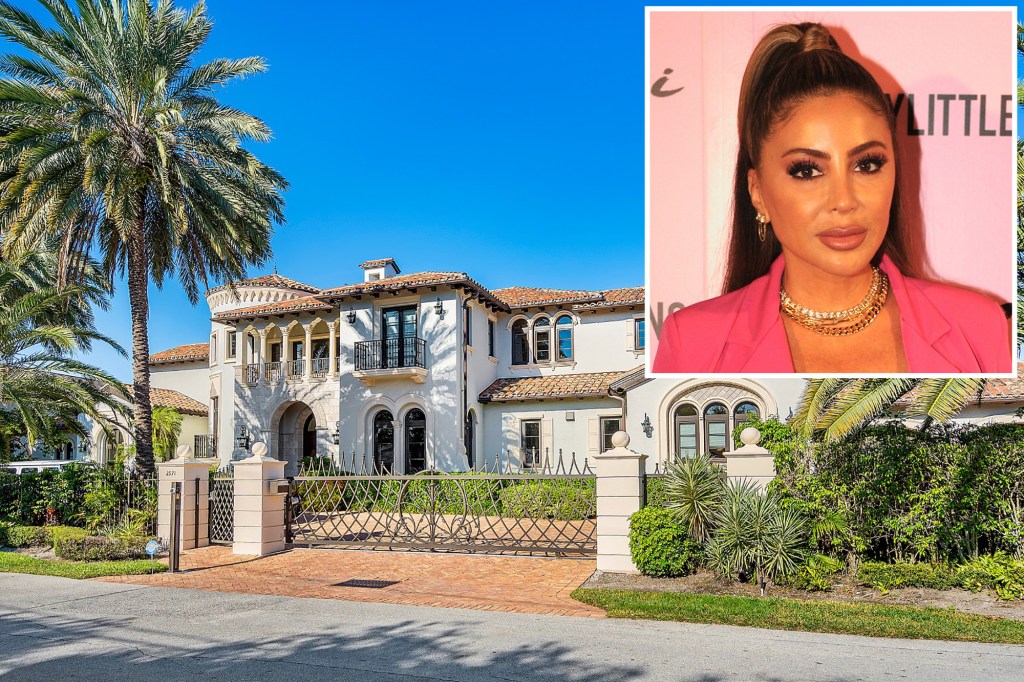 She sure whipped that into shape!

Realty star Larsa Pippen, an OG cast member of the “Real Housewives of Miami,” is finally celebrating the sale of the gated, waterfront mansion she once shared with her ex, NBA legend Scottie Pippen.

It first hit the market for $16 million in 2009, according to Realtor.com, and had been on and off the market ever since — before selling for $10.55 million.

Last February, the 47-year-old “RHOM” star — who recently rocked a black cut-out dress on Instagram for her 2.4 million followers — told Gimme that she sweetened the deal by adding $1.5 million worth of her own cars including a Porsche 911 GTU RS, a Mercedes G63 AMG and a Ferrari 488 Pista.

The waterfront mansion at 2571 Del Lago Drive, known as Villa Del Lago, is in the Harbor Beach community of Ft. Lauderdale. The buyers are Shahram Abbass Khaledi, the head of duty-free retailer HK Global Trading; and his wife, Ilka Igly Khaledi. The deal was first reported by the South Florida Business Journal.

The massive 13,500-square-foot, six-bedroom home comes with 215 feet of frontage on the Intracoastal Waterway — and a 230-foot deep-water dock that can hold superyachts.

The Pippens bought the property in happier times for $1.3 million in 2000. Back then it was an empty lot. They completed the build out of their ‘dream’ home in 2004.

“Scottie and I built that house together and we made amazing memories there. We hope that the new owners enjoy it as much as we did,” Pippen told Gimme.

Pippen told Gimme that her fave room in the house is the gym, which was created by the Chicago Bulls basketball team.

Larsa — no longer dating Malik Beasley — is single again. She had been busy wrapping The Real Housewives of Miami and working on her Larsa Marie jewelry line. A reunion RHOM show is next.