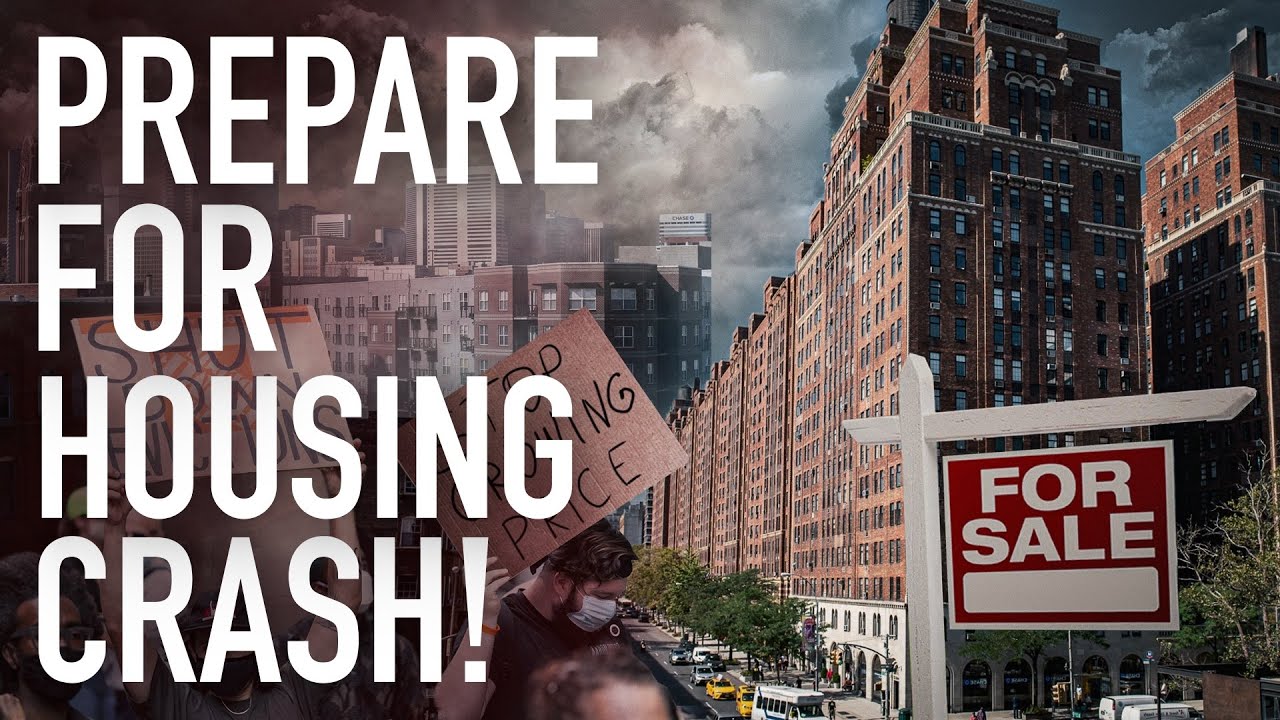 Selling Real Estate
Share on Facebook
Share on Twitter
Share on Pinterest
Share on LinkedIn
The housing market euphoria seems to have gone too far and now it is flashing a danger signal, indicating that inflated home prices are at risk of facing a sharp crash. The unprecedented housing market frenzy of 2021 set one record after the other, with, of course, the help of artificially suppressed interest rates, historically low inventory levels, and the mass exodus trend in which millions of people fled away from urban centers looking for suburban and rural areas. In one year, home prices skyrocketed by nearly 17 percent, according to the national Case-Shiller index, and are now 38.1% above their 2006 peak.
The relentless price growth turned homes 25% more overvalued than residential rents, approximately 50% above normalized levels when factoring in inflation, and over 25% more overvalued than income measures like the employment cost index, according to data compiled by David Rosenberg, the chief economist and strategist at Rosenberg Research. The strategist said that a “Black Swan” event will likely lead us to a housing bubble burst. “The ‘Black Swan’ is the inevitable collapse in U.S. home prices — they are in the stratosphere benchmarked against all the fundamental factors that drive valuations,” wrote Rosenberg. This means that a real estate bubble burst is looming.
A fresh study released by Equipment Radar exposed that US home prices have surpassed the 2005-2006 housing bubble, which was followed by the catastrophic 2007-2010 subprime mortgage crisis. Although fundamentals are different today than during the previous housing bubble, the risk of a sharp drop in prices is once again here. “U.S. home prices have risen rapidly over the past 12 months due to a variety of factors including low-interest rates, shortage of available housing, and a robust economy following government fiscal stimulus,” explains the Equipment Radar report.
Another factor impacting home prices highlighted in the study is the cost of building supplies and lumber. “Input costs are rising and inflation is back – this is no secret if you visit a grocery or hardware store on a regular basis. Companies are seeing their input prices increase too, and for many, it is a much greater degree,” it says. The report concludes that the recent home price surges could be “stickier than the 2005/2006 cycle due to higher building costs and low inventory of homes available for sale”.
Meanwhile, the fierce competition means that many properties are selling at prices significantly higher than their original listing price, which of course gives the upper hand to wealthy investors and firms as opposed to first-time buyers and lower-income families. For instance, about ten years ago, an average house in Columbus, Ohio would sit on the market for about 100 days before being sold. Now, a similar property sells in less than 10 days. In Austin, Texas, median home prices surged 40 percent year on year, according to online real estate brokerage Redfin. In Phoenix, Arizona, prices jumped by 30 percent, while in Detroit, Michigan, they skyrocketed by 56 percent. At this point, the house price spiral is feeding into the rental market and pushing rent prices to historic highs.
All of this illustrates how the housing boom is rapidly evolving into a housing crisis. That’s why the investor Peter Boockvar is sounding the alarm on a housing price bubble brought on by the Federal Reserve’s monetary policies over the past year. Boockvar alerts that first-time homebuyers are the most vulnerable to facing dramatic losses. “I feel bad for the people who bought homes over the past year because they’re the ones that paid the very elevated prices,” said the chief investment officer at Bleakley Advisory Group during an interview with CNBC. He argues that those who put down 5% amid historically low mortgage rates will suffer tremendous losses if home prices crash even as slightly as 10 percent. He believes that all of these imbalances are clear evidence the air has started leaking out of the housing bubble.
At this stage, the affordability crisis is getting so serious that mortgage applications to purchase a home have dropped for several weeks and declined by 19% year over year in the week ending August 13. Most Americans simply cannot afford to purchase a home anymore. And as the housing price bubble expands, the threat of a massive burst comes closer. History repeats itself and everything that goes up must come down at some point. The trick is this time around, housing is just one of the many asset bubbles inflated by the Fed’s policies, and when a reckoning arrives – which can be any time now – the entire financial sector will face a meltdown never before seen in world history.
Share on Facebook
Share on Twitter
Share on Pinterest
Share on LinkedIn

Zillow: “Home Prices DROPPING FAST” (in California and 5 Other Housing Markets)
Redfin CEO on the Cooling Housing Market
Million Dollar House Flip – 6 Month Before and After Home Remodel 2021
WARNING: These Cities Are About To CRASH | Top 10 Housing Bubbles
Here’s where China’s real estate troubles could spill over