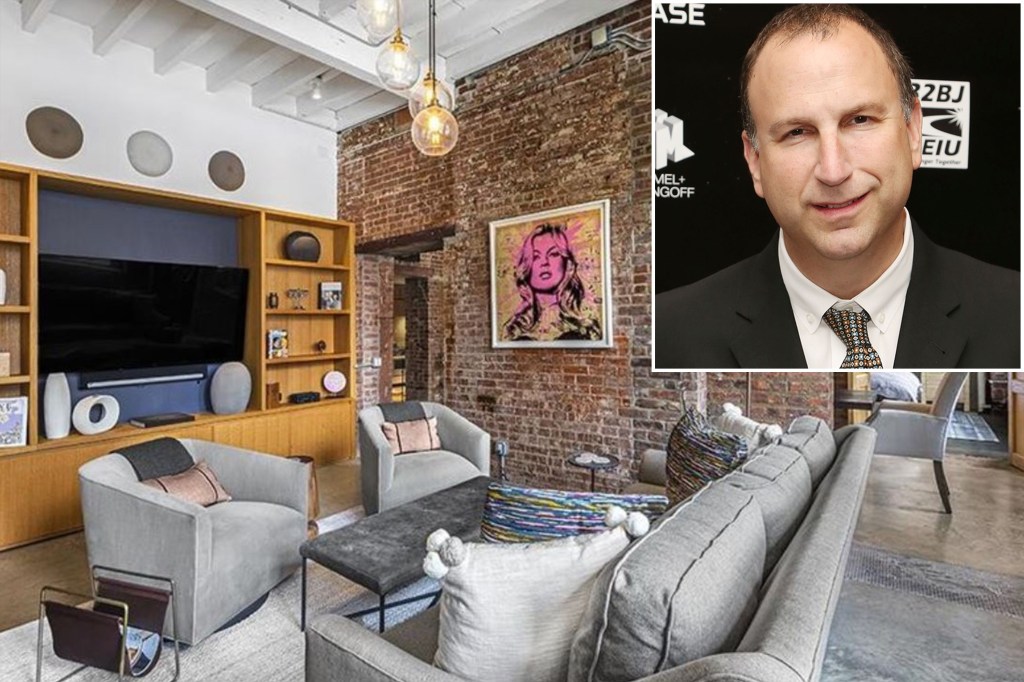 Ken Kurson, the former editor-in-chief of Observer Media Group who’s now facing fresh charges of cyberstalking, has sold a Chelsea apartment for $2.47 million, according to records filed Tuesday with the city Department of Finance.

Kurson, a friend and former associate of Jared Kushner — the latter of whom previously owned Observer Media Group — didn’t own the 1,200-square-foot two-bedroom at 525 W. 22nd St. for long. Records show he scooped up the spread for $2.4 million in early 2019.

The sale comes hardly two weeks after Manhattan District Attorney Cy Vance charged Kurson, 52, with cyberstalking his ex-wife — despite the fact he received a pardon from former Pres. Donald Trump for alleged cybercrimes against other people, according to CNBC.

Kurson, whose deed lists an address in Maplewood, NJ, is now charged with two state felonies — eavesdropping and computer trespass — over allegations that he accessed his ex-wife’s communications by installing spyware on her computer in 2015 and 2016 during his time at the Observer. Vance’s office also alleged that Kurson, who was released on his own recognizance, used the spyware to obtain passwords to her Gmail and Facebook accounts — and even anonymously shared private Facebook messages.

Kurson faced similar charges from federal prosecutors in 2020 over alleged cyberstalking of three other people — but Trump pardoned Kurson in January 2021 before leaving office.

Kurson’s lawyer, Marc Mukasey, did not immediately respond to a request for comment.

The Chelsea spread hit the market in early May for $2.49 million, StreetEasy shows. By the end of that month, the site also notes, it entered contract.

Asaf Bar-Lev and Nicole Hechter of Corcoran repped the listing. The brokerage declined comment on the deal.

Housing Market and The Economic Recession: A Look into 2023 Real Estate
New York AG will seek sanctions on Trump, lawyers over ‘false’ court filings in fraud suit
$3,600 Stimulus Checks Delayed By Republicans, Will It Pass Before Christmas?
What Drives You? (Discovering Your Real Estate Burning Why)
Putin’s Chokehold On The World