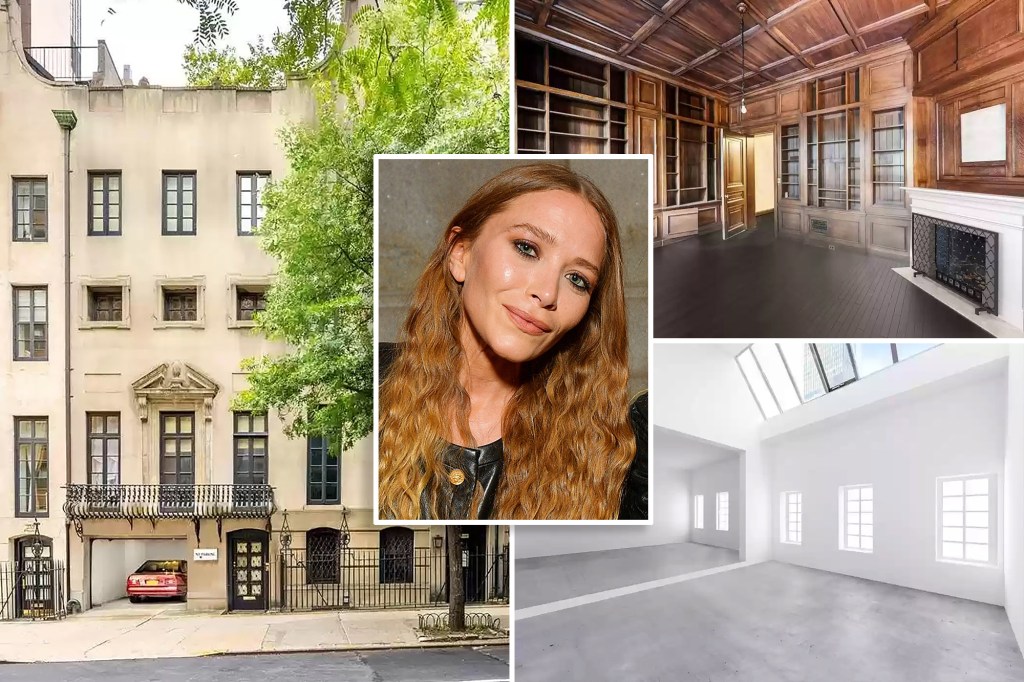 Sometimes, you just have to cut your losses — even if that’s $2 million in losses.

The NYC townhouse Mary-Kate Olsen lost in her divorce with ex-husband Olivier Sarkozy has hit the market asking $11.5 million, according to Realtor.com.

The asking price for the “architect ready” (meaning unfinished) home in Turtle Hill is $2 million less than Sarkozy paid in 2014, the listing shows.

The former couple recently finalized their divorce after five years of marriage.

They bought the 8,700-square-foot Regency-style house for $13.5 million in 2014 and launched renovations with Montalba Architects, records show.

They rented townhouses nearby during construction, The Post reported at the time. But their plans never came to fruition, and they never even moved into the house.

Sarkozy, who is the legal owner of the house, is a 52-year-old French banker, the half-brother of former French president Nicolas Sarkozy.

Olsen, 35, is best known as a child actress with her twin Ashley Olsen, starring in titles like “Full House” and “New York Minute,” but more recently, is a fashion designer and producer.

Michael Bolla of Sotheby’s International Realty, East Side Manhattan Brokerage, has the listing.

It’s only WEEKS away and it might be worse than the Great Recession | Redacted with Clayton Morris
Home Sales & Prices Sink in California: NEW Report (Part 2)
Elvis and Priscilla Presley’s honeymoon home sells for $5.65M
Mortgage demand rises 2.2% as interest rates decline slightly
Why Everyone HATES Real Estate Agents