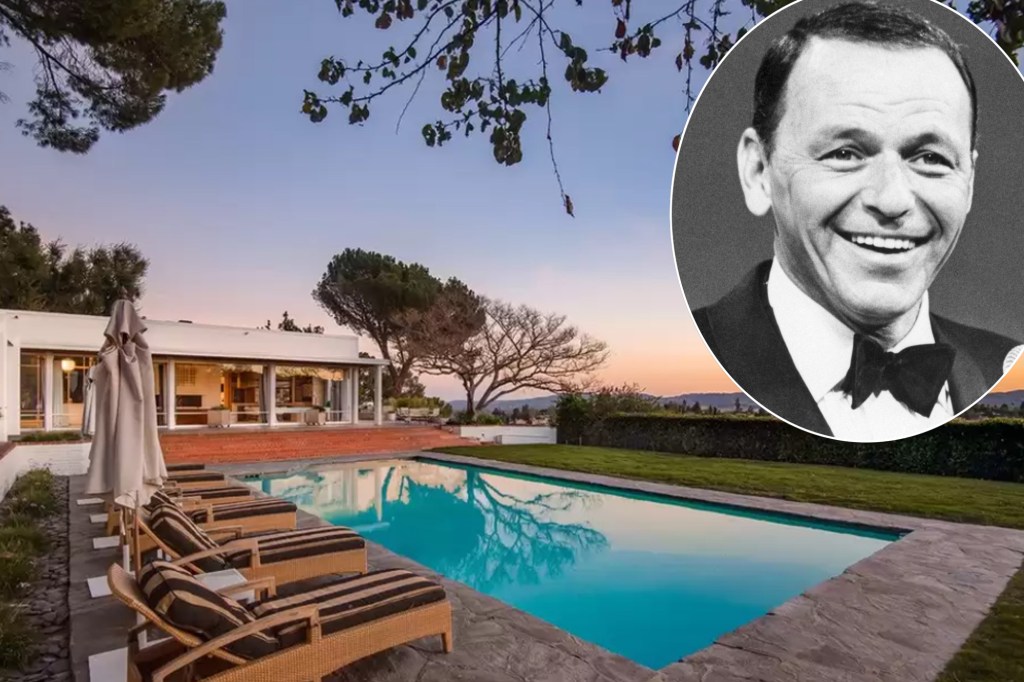 The best was yet to come for Frank Sinatra’s house.

The “New York, New York” singer’s mid-century modern rental northwest of Los Angeles has been restored and expanded, potentially buoying its worth by up to $10 million, the sellers are betting.

“I absolutely love the — to use a professional word — instant vibe,” listing broker Craig Knizek of The Agency told The Post.

Owners are asking $21.5 million for the Chatsworth, California home — after failing to sell it for a decade, asking between $12 million and $7.5 million.

Known interchangeably as the Fox House, Farralone and Byrdview House, the home with floor-to-ceiling windows was built in 1951 by Washington’s Kennedy Center architect William Pereira, according to the Los Angeles Historic Resources survey.

“When you walk up, you see through the floor-to-ceiling walls of glass through the house over the pool to see the pink-hued Santa Susana mountains — it’s spectacular,” Knizek told The Post.

Now, the bar, kitchen and bathrooms are restored to the original design based on the owners’ original plans, which the owner borrowed from the University of California Santa Barbara for the restoration.

The home has all its original woods and designs, while the roof, electric, plumbing, security, floors, windows and air conditioning were completely redone, according to the broker.

And on its 14 acres — nine more acres than included in previous listings — an L-shaped trellis couches a newly redone swimming pool. The pool house has been completely redone and now includes a massage room, bathroom, gym and new pool equipment for both pools.

A smaller dipping pool sits near the guest house, which allegedly once housed Marilyn Monroe. The guest house was not previously included in the listing and adds additional value to the house, said Knizek.

This mid-century modern house looks nearly identical to Sinatra’s “Twin Palms” estate, which he commissioned in 1947 and shared with his first wife Nancy Barbato and his second wife, Ava Gardner, whom he married in 1951.

The “When You’re Smiling” crooner owned homes in California, New Jersey and New York, and several of them have been on and off the market for years.

I Flip Houses for a profit Without Buying Or Fixing It Up
Mortgage applications inch up for the first time in five weeks
Adele gets $37.7M loan to fund Beverly Hills mega-mansion with Rich Paul
How Millionaires Buy Real Estate
Inside Greg Norman’s downsized $12.2M Florida megamansion