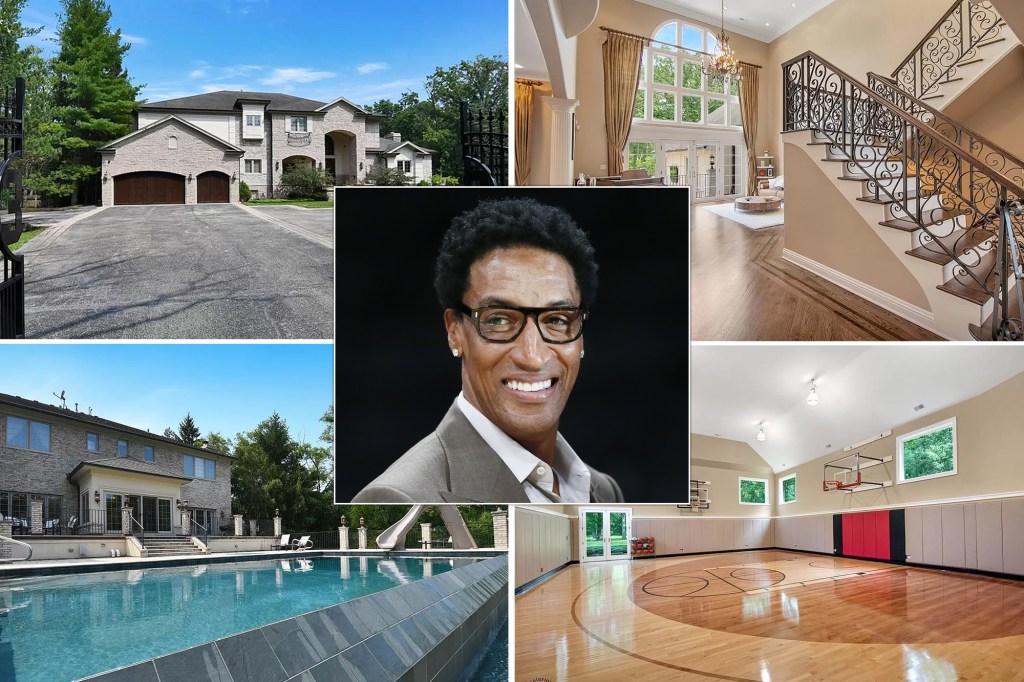 After four years on and off the market, Scottie Pippen has finally scored a buyer for his Chicago estate, while his former teammate Michael Jordan has spent the better part of a decade trying to sell his abode.

The home, which was recently available to rent on Airbnb for the 2020 Tokyo Olympics, received a pending offer on Tuesday for $2 million.

The six-time NBA champion first listed the property in 2016 for $3 million.

Pippen purchased the Highland Park home in 2004 for $2.23 million at the time.

Spanning a massive 10,000 square feet on 2.6 acres of land, the home is made up of five bedrooms and six bathrooms.

Features include an expanded kitchen, a two-story living room, an infinity pool and a full-sized basketball gym — of course.

Additional amenities include a movie theater, clubhouse with a sauna and steam room, a game room and a wine cellar.

Meanwhile, Jordan’s home in the same upscale neighborhood, priced at a whopping $14,855,000, hasn’t seen any offers in nearly 10 years.

It doesn’t help that it’s also the priciest property on the block located in a depreciating, high tax town.

Pippen and Jordan left their Chicago lives behind years ago, and are both currently living in sunny Florida.

The Chicago Tribune first reported on the pending sale.