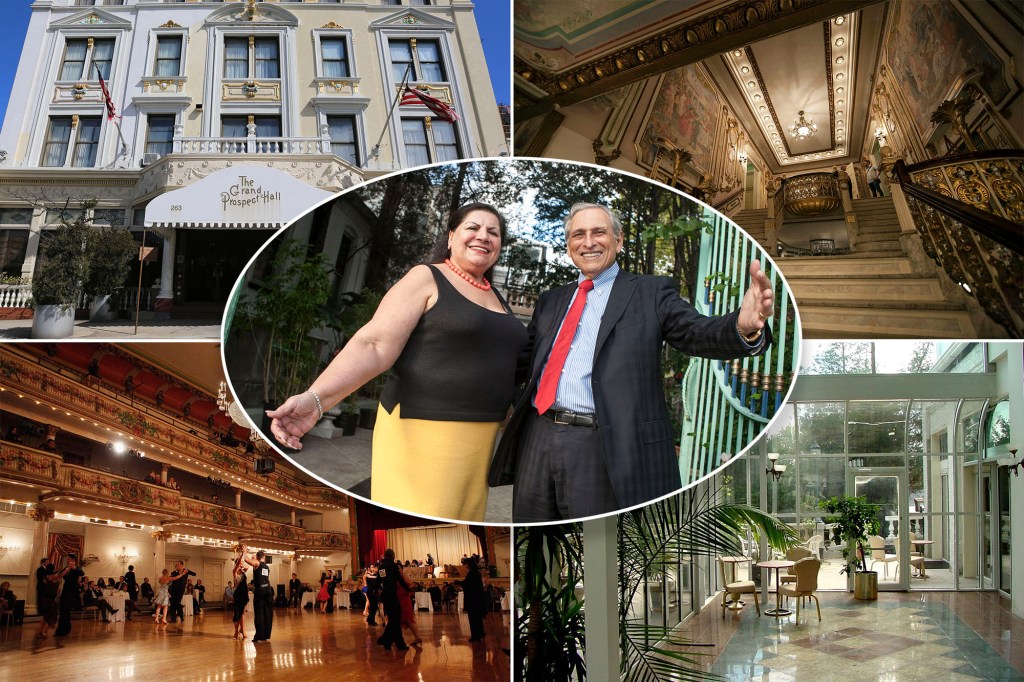 But who will make Brooklyn’s dreams come true?

The new owners of the Grand Prospect Hall wedding venue, famed for its 1986 televised promise to “make your dreams come true,” quietly applied for permits to demolish the 118-year-old building last month.

The Department of Buildings issued an interior demolition permit on July 19. It is unclear how much of the work has already been completed, but the permit expires on September 30, according to the NYC Buildings website.

The developer pre-filed a separate full demolition permit for the Grand Prospect Hall and a neighboring parking garage, but plans have not yet been provided and no plan examination has been scheduled, according to the July 23 processing update on the NYC Department of Buildings website.

Angelo Rigas, who is tied to a residential and commercial development company, spent $22.5 million to acquire the building on June 24, part of a larger $30 million-plus purchase of surrounding properties through an entity called Gowanus Cubes LLC, The Post reported at the time. Rigas and his attorney did not respond to The Post’s requests for comments.

At the time of publishing, over 400 people had signed the petition against the demolition, according to Change.org. The New York City Department of Buildings, to which the petition was addressed, did not reply to a request for comment.

Michael Halkias died of the coronavirus at age 82 in May 2020.

He and his wife Alice were known for their long-running television commercial, which acquired a cult following that swelled in popularity when “Saturday Night Live” and Jimmy Kimmel with Mets player Pete Alonso spoofed the commercial 2019.

But the local ardor for the building began with Halkias himself. He immediately recognized the building’s history and potential when he purchased it in 1981.

“My husband had a great vision the moment he walked into the doors … He saw the staircase, which was painted white at the time, and he started jumping and said, ‘I have to buy this building and fix it for New York to enjoy it … I have to do it. Brooklyn needs this building,’” Alice Halkias told BuzzFeed after her husband’s death.

The four-story Victorian-era building was built in 1903 as a gathering place for German and later Polish immigrants after a previous hall on the site burned down in 1900, National Historic Register documents show.

“By providing a place for native-language entertainment, dining and active recreation, as well as a facility for masonic lodges, singing societies and other ethnic cultural organizations, buildings like Prospect Hall became bridges between the old country and new, welcoming and easing the experience of strangers in a new homeland,” says a National Historic Register record from 1999.

Polish-American organization the White Eagle Hall Company lost the property to foreclosure in 1981, and Halkias purchased it on Nov. 4, 1981, NYC property records show.

Halkias repurposed the theater that once featured German folk music, vaudeville performances, national entertainers, boxing matches and professional wrestling into a ballroom that would host hundreds of wedding receptions over the next four decades — three grand chandeliers hung from the tray ceiling, and balconies supported by marble columns and ornamented with fruit garlands and bows.

Though the property has been indexed by the National Register of Historic Places, it is not registered as a landmark, the NYC Landmarks Preservation Commission website shows.

“Prospect Hall is probably the largest and best-preserved example of its type, the Victorian assembly hall set within a great ethnic community facility, remaining in the country,” according to the National Historic Registry.

In a nod to its historical importance, a partial stop-work order was issued on August 16 to halt work on the eastern side yard, specifying that no work will be allowed at the Polish American WWII Veterans Monument, according to building records.

Real Estate Tech: A Crumbling House of Cards
Where companies say they will cut budgets first in a softer economy
Barbell Strategy For Investing
A ‘shakeout’ among mortgage lenders is coming, according to CEO of bank that left the business
China prepares for invasion of Taiwan as warships surround Pelosi | Redacted with Clayton Morris