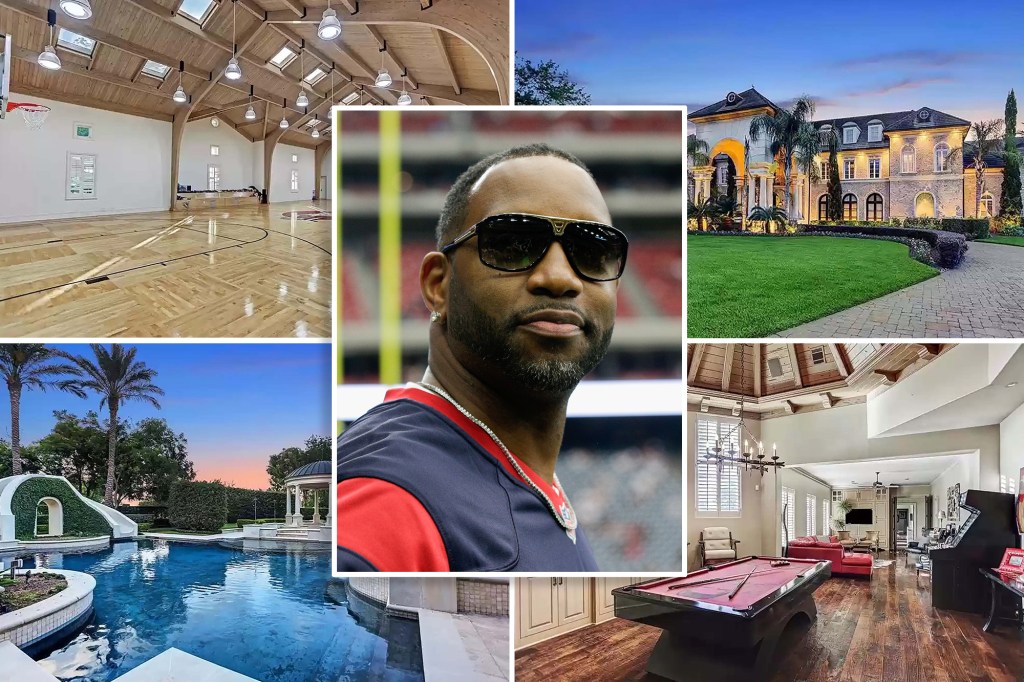 Four days before he scored 33 points in 13 seconds on December 9, 2004, Tracy McGrady dropped $6.3 million on a Texas mega-mansion.

Now, in retirement, the NBA Hall of Famer is aiming for a slam dunk of a different kind, asking $8 million for that same Texas mega-mansion.

The nine-bedroom, 8½-bathroom Sugar Land home spans 23,650-square-feet — that’s more than half an acre! — with a full indoor basketball court.

The circular driveway leads to Cantera hand-forged iron doors, which open to a high-ceilinged foyer — perfect for a 6’8″ basketball player.

The foyer, where McGrady’s wife Clerenda recently posed for an Instagram picture, has an iron staircase and french limestone floors, according to the listing.

Inside, the home has a game room, an elevator, a gym, a spa/barbershop, an elevator and a home theater with seating for 10.

One of several living rooms has double-height windows and an oversized fireplace, while another has intricate woodwork ceilings, photos show.

The kitchen has a breakfast bar, a butler area and a wet bar, according to Realtor.com.

The primary bedroom wing has a luxurious bathroom and “huge custom department store size closets,” according to the listing.

The two-acre lot next to a golf course has a custom pool with a Baja shelf, a hot tub and a slide. Plus, the gated estate has a six-car garage and a full guest house with a kitchen and a bathroom, according to the listing.

The home was built in 1999, designed by Robert Dame and built by Christopher Sims, according to the listing.

Clevell Harris with Ca Modern Realty, LLC has the listing.

McGrady recently opened a Lakeland, Fla. restaurant called “HomeCourt by Tracy McGrady” and is “active in the Florida and Houston communities,” his biography on the Tracy & Clerenda McGrady Foundation website says.

Clerenda is a doctoral candidate at Baylor University whose research focuses on “the positive impacts of African American fathers on their daughters self-efficacy & motivation,” according to her Instagram profile.