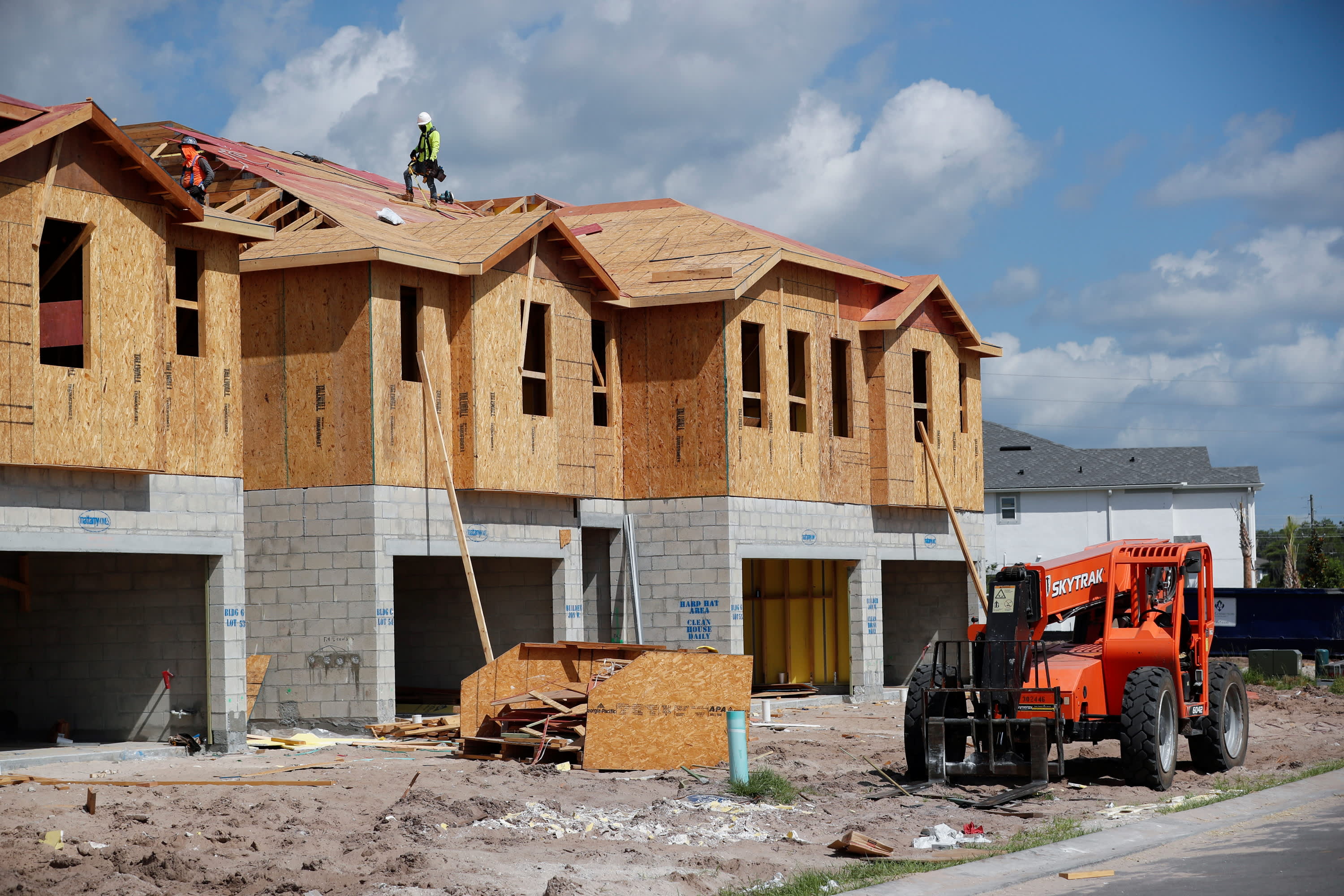 Homebuilder stocks tumbled on Tuesday after a key sentiment gauge fell to its lowest level in the year.

That decline was tied to higher material and labor costs that have impacted housing prices and dampened demand. Home Depot also weighed on the group after it fell short on quarterly comps. Lowe’s will report before the bell Wednesday.

“Prices ran exactly up to the May highs, the all-time highs, and right now this pullback is creating what we call in technician’s language a double top. That is where bulls are in control, but there’s some level where they stop buying, some level price action does not make sense for them to keep buying, and bears take over,” O’Hara told CNBC’s “Trading Nation” on Tuesday.

That double top creates a band of resistance that could continue to pressure the housing stocks over the next few weeks, O’Hara said. He’s watching one key level that could signal it is time to reconsider the space.

“I really want to focus on the 50-day moving average. And what’s so special about this average? Well, the 50-day is exactly where buyers have showed up, historically,” O’Hara said. “So, let’s have a nice orderly pullback to the 50-day and give bulls the opportunity to once again step forward and buy these homebuilding stocks.”

The XHB ETF’s 50-day moving average currently trades at $73.53. It would need to drop less than $2 from its Tuesday close to reach it.

“Now that those input prices are coming off, and this is backward-looking data, we think that in the next couple of quarters we’re going to see housing pick up,” Tatro said during the same interview. “That gives us an opportunity to add to these names that are attractive from a valuation perspective, favoring the ones that have better balance sheets and looking for this trend to resume.”

“Our two favorites are KB Home and Pulte, and both of those are attractive valuations, trading at single-digit multiples, significant growth rates and relatively modest debt-to-equity ratios on their balance sheet,” he said.

KB Home and Pulte Group have both outperformed the market this year, rising by more than 20%.