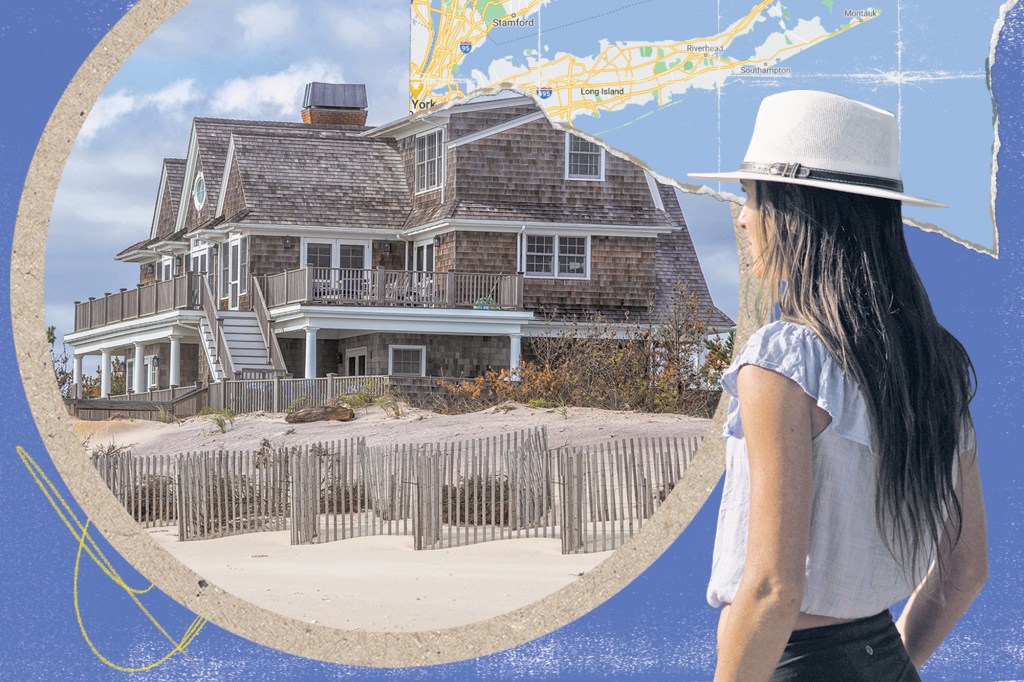 Each summer, the world’s richest flood Long Island’s East End. But when they are away, their sprawling mansions become easy targets for intrepid interlopers looking for a free taste of life among the 1 percent. Here, one anonymous Hamptons squatter comes clean.

Want to crash in a waterfront Hamptons mansion in August? Get 500,000 of your closest friends to chip in $1. Or, do what I did: Find a couple of pals with insider info, the gift of gab and plenty of chutzpah.

That’s how I was able to spend summer after summer in my 20s living large in the country’s most expensive ZIP codes for free. I was a Hamptons squatter, and my motto was: “Go big and in someone else’s home.”

The absentee owners of these ostentatious houses didn’t know me from Adam. Still, like a modern-day Goldilocks, I slept in their beds, sat in their chairs and ate their food. Usually it was only for a few days, but sometimes, it was as long as a week.

I grew up in a working-class community in a flyover state. Our second home was a secondhand camper. My siblings and I, now all in our late 20s and early 30s, slept on a table that turned into a bed. The toilet was whatever tree we could fit behind.

But after moving to New York as an 18-year-old for college, I scored a minimum-wage summer job at a clothing store in East Hampton and an unpaid publishing internship in Bridgehampton. It was the first time I had ever seen proper vacation homes, let alone a $50 million mansion.

At the start of the season, I moved into the basement of a rather modest five-bedroom house in Southampton. I stayed for free in exchange for helping with the family’s young children when they weren’t in camp. But each year in August, the owners rented out the house and gave me the boot. So, in a way, I didn’t choose the squatting life. It chose me.

Over the years, the eight-figure houses I squatted in were as far north as Shelter Island and as far south as Shinnecock Bay. They included sprawling shingle-covered mansions with columns inspired by the Acropolis and oeil-de-boeuf windows straight out of the Palace of Versailles. There was a contemporary south-of-the-highway, two-story glass box and even a three-story, seven-bedroom retreat with water views on three sides.

First, my fellow squatters, service-industry friends based on the East End, would find out which one of their customers was flush enough to own multiple vacation homes, a yacht or even a private island. The super rich often don’t rent out their Hamptons houses while they are abroad, gallivanting in St-Tropez or cruising the Adriatic – even though those 25,000-square-foot playgrounds could easily fetch $1 million for a single month.

Next, my friends would make sure the homeowners were away. Social media makes that easy but so does a quick conversation. A client might tell my personal trainer friend he wouldn’t need her services in August because he’ll be traveling. I was never there for that convo, but I imagine they responded with questions like, “Oh, are you going to rent out your house then? Where will the kids be?” That would get the ball rolling.

Once we had fingered a retreat, we would drive over and start the party — and believe it or not, it’s that easy.

That said, I never broke into anyone’s home. I didn’t raise my middle finger to “No Trespassing” signs or disable ADT systems. I simply showed up at the addresses my house hunter friends gave me. Because my friends were private personal trainers or catering managers who had already worked on occasion in these mansions, they were familiar with the full-time staff.

“Hi, I’m with X,” I would say referring to a friend who knew the house. Even if that friend wasn’t there at the time, the staff — who I had never met before — always let me in. No questions asked, except for one: “Can I get you anything?”

I don’t remember having house keys. I remember unlocked doors. If a code was needed to get past a security gate, the staff provided it. Better still, the code never changed, so I came and went as I pleased.

A new hire who didn’t know us? No problem. We just played the part of regular guests. My friends and I were equal parts fit, attractive and white. It’s sad, but that combination really does open doors.

In fact, homes that are still fully staffed when homeowners are away are ideal for squatting. It looks more suspicious to the neighbors if new people suddenly arrive at an empty house. So once the staff accepts you, you are in.

Moreover, the house staff were always happy to see us. I think it’s because employees are hired to do specific tasks. If no one is home, it’s easy to lose your sense of purpose, whether you are a chef or a pool boy.

When we arrived, they had new taste buds to test their recipes on and a trim, bikini-clad body to swim in the painstakingly cleaned pool. I was always polite and never took advantage of them. I knew I wasn’t signing their paychecks.

I was raised to be a staunch Catholic and was even selected to assist the pope in a special Mass. So even when I was squatting, I was on my best behavior and after a few squats, I developed a strange code of ethics.

For example, there were always formal dining rooms. But I ate in the kitchens. I liked the chefs’ company, and I think they liked mine. I also liked to rescue food. In these houses, no one thought twice about tossing untouched lobster tails or hours-old pastries from the Hamptons’ bougiest bakeries into the trash. I would watch the chef’s disbelief turn to relief when I’d tell them I’d eat today’s leftovers tomorrow.

In between meals, I’d raid the freezers and fridges. It felt like Christmas morning when I discovered that first stainless-steel Pandora’s box packed with pints of Häagen-Dazs, Ciao Bella and every premium brand of ice cream I’d never had the disposable income to try. Sometimes, I’d open the fridges just to admire the cans and bottles lined up with military precision. There was always Red Bull, the full line of Coke and Pepsi products, an assortment of waters and an arsenal of alcohol.

I remember one raging pool party, thrown by other squatters whose stay overlapped with mine. Let’s just say it must have freed up a lot of space in the wine cellar. As for me, I never touched the hard stuff. In my weird world of morals, grabbing a Perrier was fine, but popping a bottle of bubbly crossed a line. Another line I never crossed was using the master bedroom or bathroom. It felt like the ultimate violation of privacy.

I lived with a conscience. I also lived in fear: always looking around for hidden cameras (which all of these homes have but no one checks). I’d perch on the edge of custom couches instead of sitting back and getting comfortable. Despite the 500-thread-count Egyptian cotton sheets, I slept with one eye open. As tempting as it was, I didn’t loot the supply closets filled with extra toiletries and enough toilet paper to satisfy a COVID-19 prepper. I could never completely relax. I was always worried the owner would walk in. They never did.

There was, however, one close call. The owners of our squat — a waterfront estate in North Haven (the area between Sag Harbor and Shelter Island) — showed up just after we had left and discovered that my friends, who worked gigs for them in the past, had damaged their fishing gear. I don’t know how my friends heard the homeowners were pissed and had pinned it on them. I didn’t want to know. Believing ignorance was bliss, I lived a very don’t-ask, don’t-tell life back then. Fortunately, charges were never filed.

Personally, I didn’t feel bad about my behavior at that house. I had only used one of the homeowners’ paddleboards. I was so considerate, I adjusted the paddle handle back to the height it was when I found it. My broke TJ Maxxinista ass even resisted the temptation to try on the Lacoste polos, cashmere sweaters and designer jeans hanging in the guest room closets (overflow from the master closet, I presume). I also avoided the high-powered telescope perched on a tripod facing the sitting room’s floor-to-ceiling windows. Call me a hypocrite, but spying on the neighbors across the bay felt too voyeuristic.