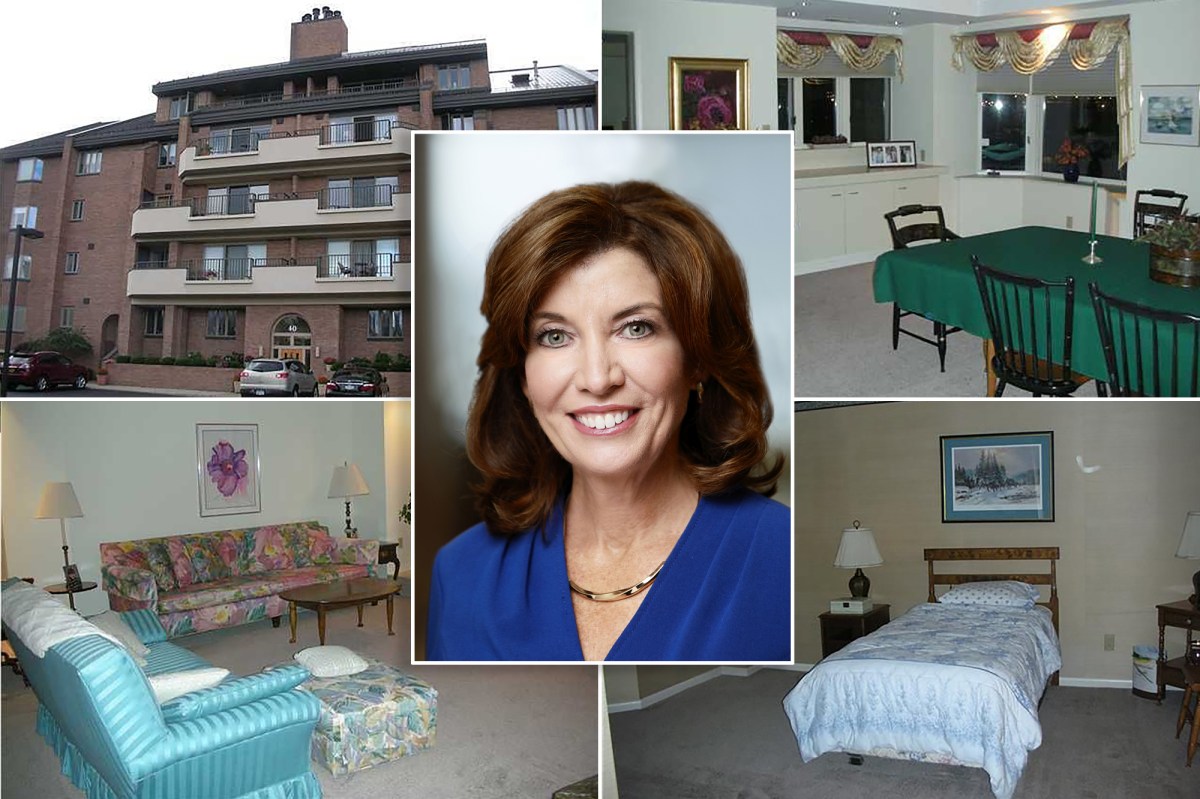 Kathy Hochul is set to be sworn in as New York’s next governor in two weeks’ time, which means the governor’s mansion awaits her.

In exchange, Hochul, the current 62-year-old lieutenant governor, will be leaving some properties behind, which includes a $485,000 waterfront condo in Buffalo, The Post can report.

Hochul initially bought the two-floor unit in 2013 with her husband, William Hochul Jr., after selling her longtime family home in Hamburg, NY for $260,000, property records show.

Photos of the condo, made up of three bedrooms and 2½ bathrooms, do not exactly show the home in the best light, as they appear to be taken at night, with the interior looking a bit outdated.

In the span of the eight years since Hochul has owned the residence, the home has seen some renovations, including new Pella doors installed on the patio in 2012.

It’s unclear if Hochul uses the waterfront home as her main residence.

Spanning nearly 3,000 square feet, the unit is made up of the fourth and fifth floors of the building and includes an expansive living area with a wood-burning fireplace, according to the listing.

Other features include a formal dining room with a wet bar that boasts water views.

On the same floor are two rooms held for a bedroom and an office. The second floor holds an expansive primary en-suite bedroom with a den and several closets.

A two-car garage is reserved for the condo, and several boating docks are also available for residents.

Hochul and her husband also own another three-bedroom waterfront condo next door to the first condo, that they also purchased in 2013 for an estimated $400,000, according to property records.

Additionally, they have a vacation home in the unincorporated area of Bumpass, Virginia, records show. The residence is situated on an acre of land, which they purchased for $635,000 in a cash deal back in 2008.

Despite coming into the role of governor on a clean slate, Hochul’s husband presents a conflict of interest, as the former federal prosecutor is a general counsel and senior vice president at gambling and hospitality giant Delaware North.

Hochul could play a major role in the company’s future earnings as she is in charge of the New York State Gaming Commission, which must sign off on any sales and acquisitions of betting facilities.

Hochul also has access to New York State Thruway Authority and the state Office of Parks and Recreation, with which Delaware North has almost $50 million in long-term contracts to operate food and beverage concessions, the Daily Beast first reported. These contracts will need to renew in the next two years while Hochul is in office.

On Monday, after Andrew Cuomo’s unexpected resignation announcement, Hochul slammed her once-admired predecessor, opining that his decision to step down was the “right thing to do.”

In her first press conference Tuesday since Cuomo’s announcement, Hochul revealed that the 14-day transition plan was not what she asked for, but is looking “forward for a smooth transition, which he promised.”