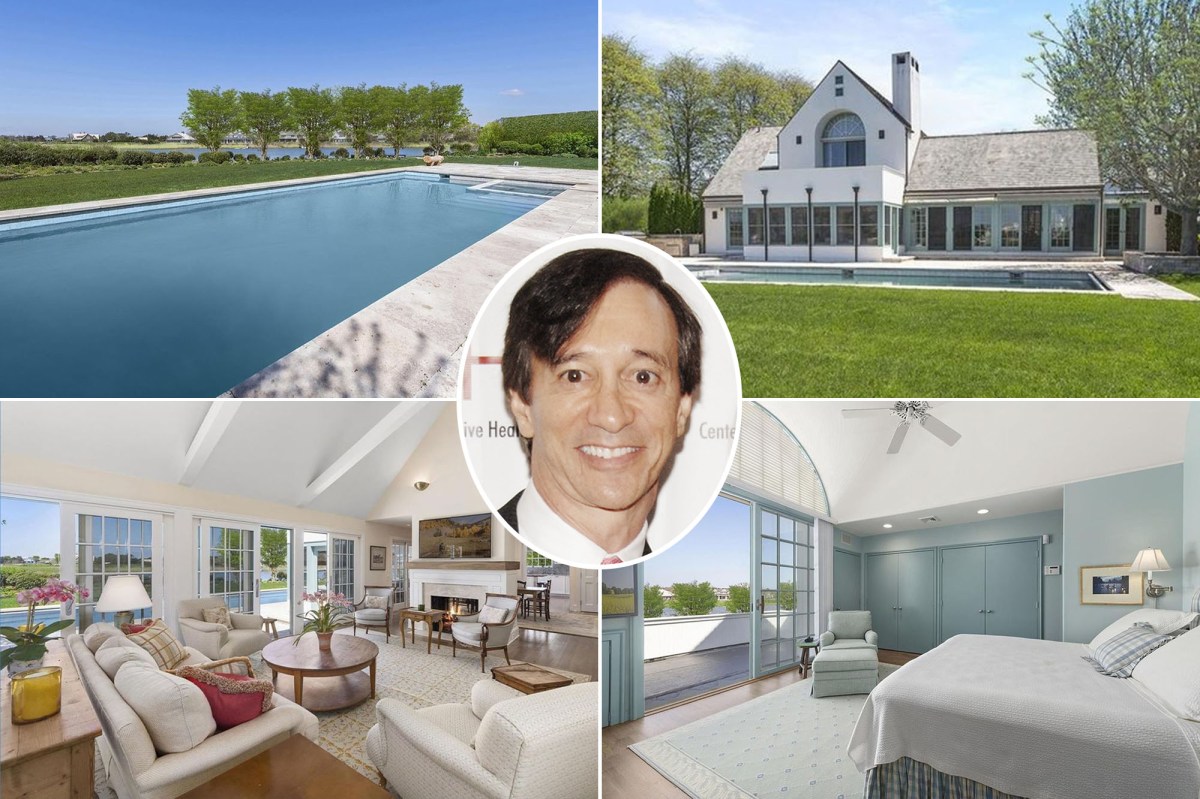 Rubin, whose high-stakes dealings were featured in the best-selling books “Liars Poker” and “The Big Short,” has been married to wife, Mary Henry, for 35 years — but she only filed for divorce last month.

The two had been living in a different New York City condo at the time.

Shortly thereafter, Rubin, 66, began unloading most of his New York properties, including his Long Island estate, likely used to fund his legal fees.

The Watermill residence, which he initially purchased in 1995 for $1.263 million, has glided on and off the market since 2018.

Initially listed for nearly $15 million, the home was only sold after a $5.4 million price cut.

Located in Mecox Bay, the property sits on 2.14 acres and includes a dock on the bay, manicured gardens and a long drive lined with cherry trees for optimal privacy, according to the listing.

Made up of six bedrooms and six-and-a-half bathrooms, the home comes fully furnished with amenities that include a waterside pool and a tennis court.

According to an $18 million Brooklyn federal suit, six women, including some who have modeled for Playboy, accused Rubin of rape and beating them up to the point that they needed extensive medical attention, court papers say.

The “Bondage Banker” allegedly took the women to a side room in the $8 million penthouse, where he was accused of gagging, tying up and even “punching a plaintiff in the head,” the suit, filed by civil lawyer John Balestriere, said.

“I’m going to rape you like I rape my daughter,” Rubin barked during one of the alleged assaults.

One plaintiff was tied up, gagged and shocked with a cattle prod in her groin before Rubin allegedly raped her, according to the filing.

In one session, he beat one of the women’s “breasts so badly that her right implant flipped,” the papers state.

The lawsuit was slated for trial in March 2020 but has since been postponed until November 2021 due to the COVID-19 pandemic.

One of the women has since settled her claims against Rubin after she signed a document admitting that their 2015 encounter was consensual.

Buyer Cancellation Rates Surge for New Homes
I Almost Went Back To My 9-5 | Real Estate Investing For Beginners
Brooklyn’s trendy retail districts boom as Manhattan’s sit vacant
Why Everyone HATES Real Estate Agents
Flipping Houses Virtually – How I Rehab Houses WITHOUT Ever Seeing Them!