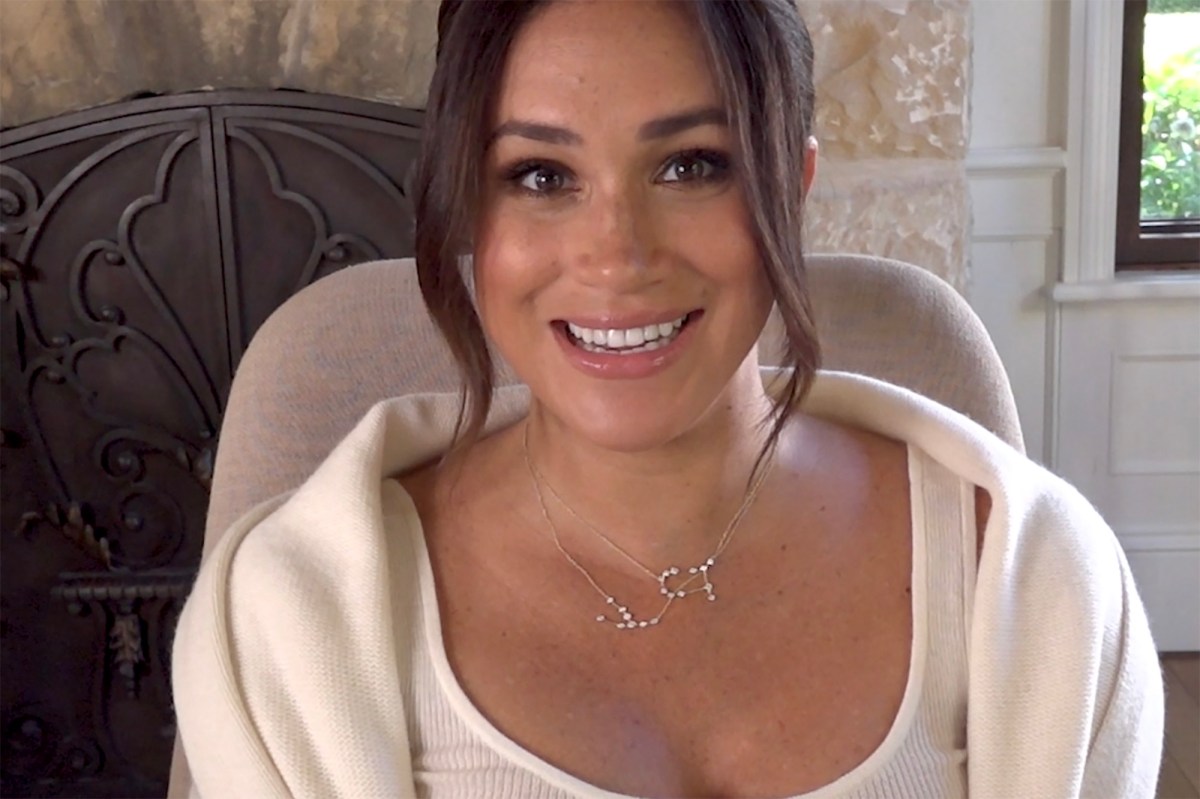 Plenty of Americans would like to up their home office game right now … and Meghan Markle is happy to provide inspiration.

The now 40-year-old former royal featured her home office in a video on Aug. 4, revealing a neutral, warm aesthetic with natural textures and luxurious finishes.

The video portrays the “Suits” actress calling Melissa McCarthy for Markle’s “40×40 campaign,” which encourages 40 women to donate 40 minutes of their time to mentorship for Markle’s 40th birthday.

The video opens with a stone fireplace backdrop. The soot-covered tan stone has a firebox (the opening of a fireplace) concealed by carved iron panels, the video showed.

A sneak peek of the space last year showed that the jagged cut stone mantel upholds a $54 print by Buen Dia Design that shows a grizzly bear — California’s state animal — hugging the state of California. “I Love You California,” reads the text above, in reference to the California state song.

Completing the backdrop are paneled cream walls and black iron-barred windows — from which Prince Harry, 36, distracts with a juggling performance in the garden, the video showed.

Markle, wearing a constellation necklace, is perched on a cream-colored cushioned chair. Draped over the chair next to her is a Scotland-made $1,550 Hermès throw made of jacquard woven wool and cashmere, according to the Hermès website.

Her light oak wood desk, which appears to span 6 feet, has carved legs and a desktop with a lip around the end, the video showed.

She propped her laptop up on a stack of books. To her left, a blue and white tray with gold-colored handles offered tea and cookies.

The teacup and saucer had a black and white pattern identified by multiple reports as the Burleigh Black Regal Peacock by Twinings — which is now out of stock on the Twinings website.

A pad and pen, a stack of her children’s book “The Bench” and a white quartz crystal — to which some attribute healing — perched on the corner of the desk closest to the camera, the video showed.

The desk appeared to have several inboxes and family photos, including of her husband Harry and their children, 2-month-old Lilibet and 2-year-old Archie. The set is finished with a glass bottle and a gold-colored vase holding white flowers.

The desk stands on a neutral, textured carpet. At her feet is her dog Guy, who sits on a striped gray and white cushion dog bed, the video showed. The bed resembles this $45 bed from the Foggy Dog. The family also has a dog named Pula.

“The Chateau of Riven Rock” also has a foyer, an elevator, living and dining rooms, a gourmet kitchen, a butler’s pantry, a breakfast room, a library, a billiards room, a wet bar, a home theater, a gym, a wine cellar and a spa with a massage room, The Post found.

Meghan and Harry’s cream-colored bedroom suite has a fireplace, a television, a chandelier, exposed wood ceiling beams, French doors and a balcony. Attached is a luxury bathroom with its own fireplace, a chandelier, a marble bathtub and a large vanity, plus another sitting room, according to Home Advisor.

The family’s chicken coop has a sign that reads, “Archie’s Chick Inn. Established 2021.” Harry can be seen feeding their chickens in the bombshell Oprah interview that aired in March, The Post reported.

Before finding their current home near the Santa Barbara beach, Harry and Markle stayed in “Madea” character actor Tyler Perry’s Los Angeles mansion after they left Frogmore Cottage in England amid conflict with the royal family.

These are shaping up to be the best and worst luxury real estate markets for 2023
New COVID information you’re not going to believe!
How To Find The BEST Real Estate INVESTMENT Deals | E3
Jon knight kommt, um die renovierung zu besuchen! | Flipping Homes with History | HGTV Deutschland
The 3 People Who Make Money In Real Estate Investing