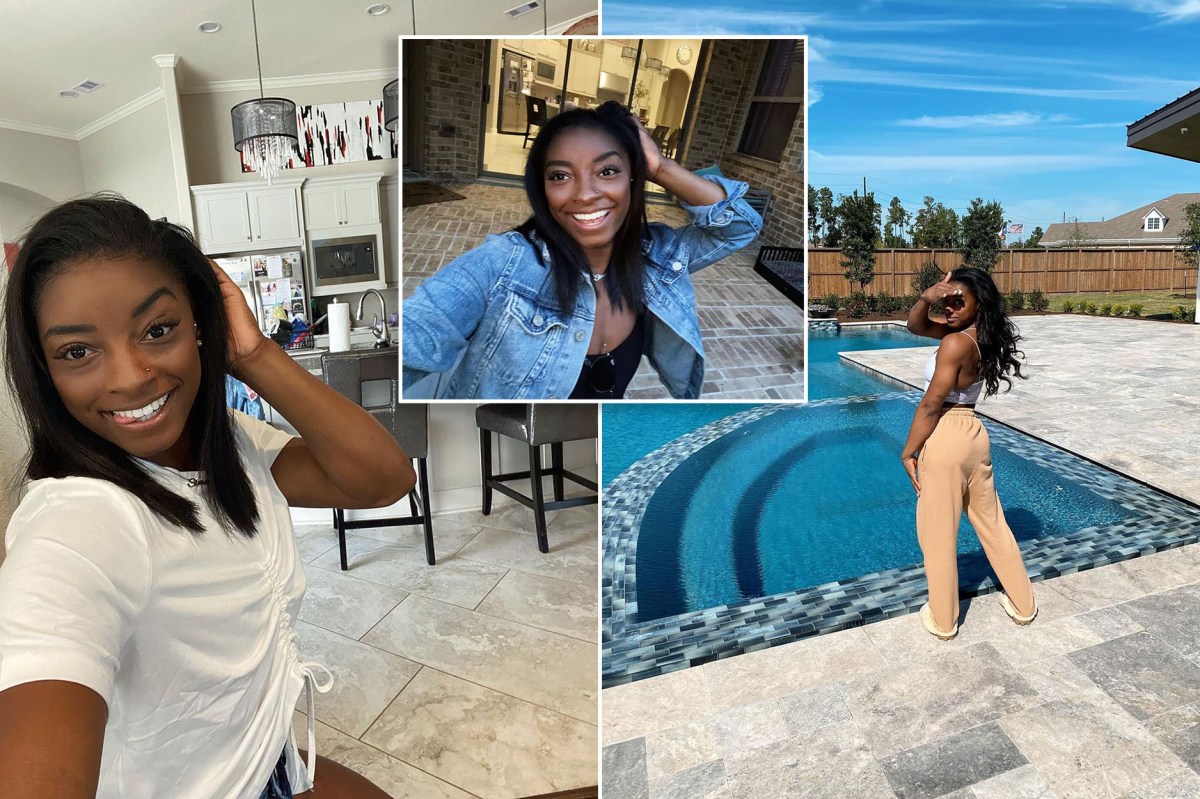 Simone Biles is taking her bronze Olympic medal home to Texas — and what a home.

The home has four bedrooms, three-and-a-half bathrooms, according to property records, and a pool Biles had installed after she moved in, according to the Chronicle.

The new construction home has wood and tile floors, a media room and — for her Insta-famous French Bulldogs Lilo and Rambo — a dog wash station, she told the Chronicle.

The stucco home, which was built in 2019, has an open floor plan with a foyer, a family room with a fireplace and tray ceilings, a kitchen and a dining room, according to the listing.

The kitchen has high-end appliances, quartz countertops, custom cabinets and an oversized island, according to the listing.

The primary bedroom suite has dual walk-in closets and a spa-like bathroom with a walk-in shower and a free-standing tub.

The one-acre lot in a gated community has a three-car garage, a small outdoor kitchen and a table with swinging chairs, according to the listing.

The community offers a private park with pathways, woods and landscaping, according to the community’s website.

The house cost less than $750,000, property records show. The famed gymnast with lucrative sponsorship deals has previously opened up about her frugal lifestyle and her “fear of going broke.”

Biles has been championed as a role model for mental health at this year’s Olympics after dropping out of the gymnastic team final, citing a dangerous case of the “twisties” and the recent death of her aunt.

Fans cheered her on when she won a bronze medal on the balance beam Tuesday.

A representative for Biles did not reply to a request for comment. 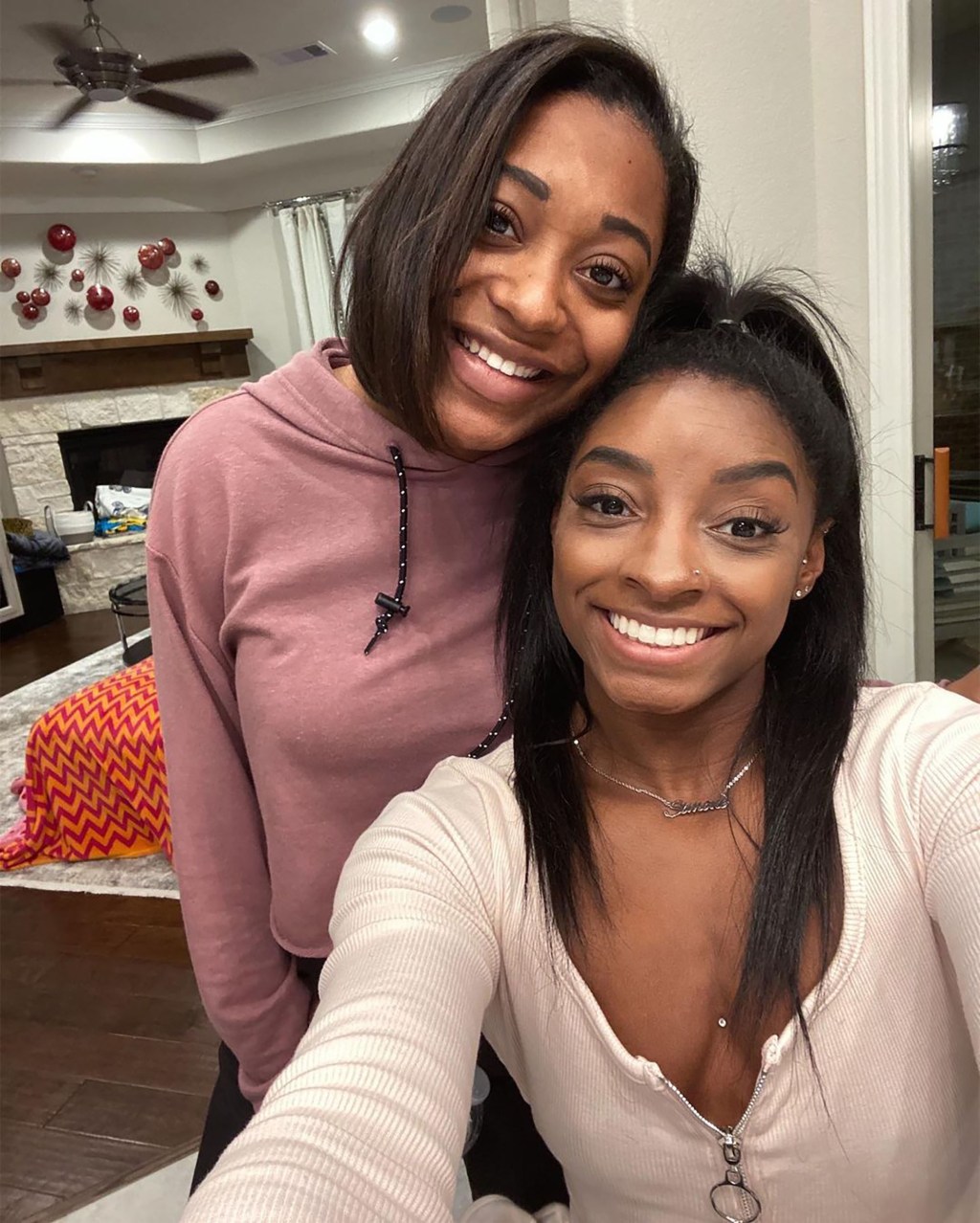 The family room has a fireplace and tray ceilings. 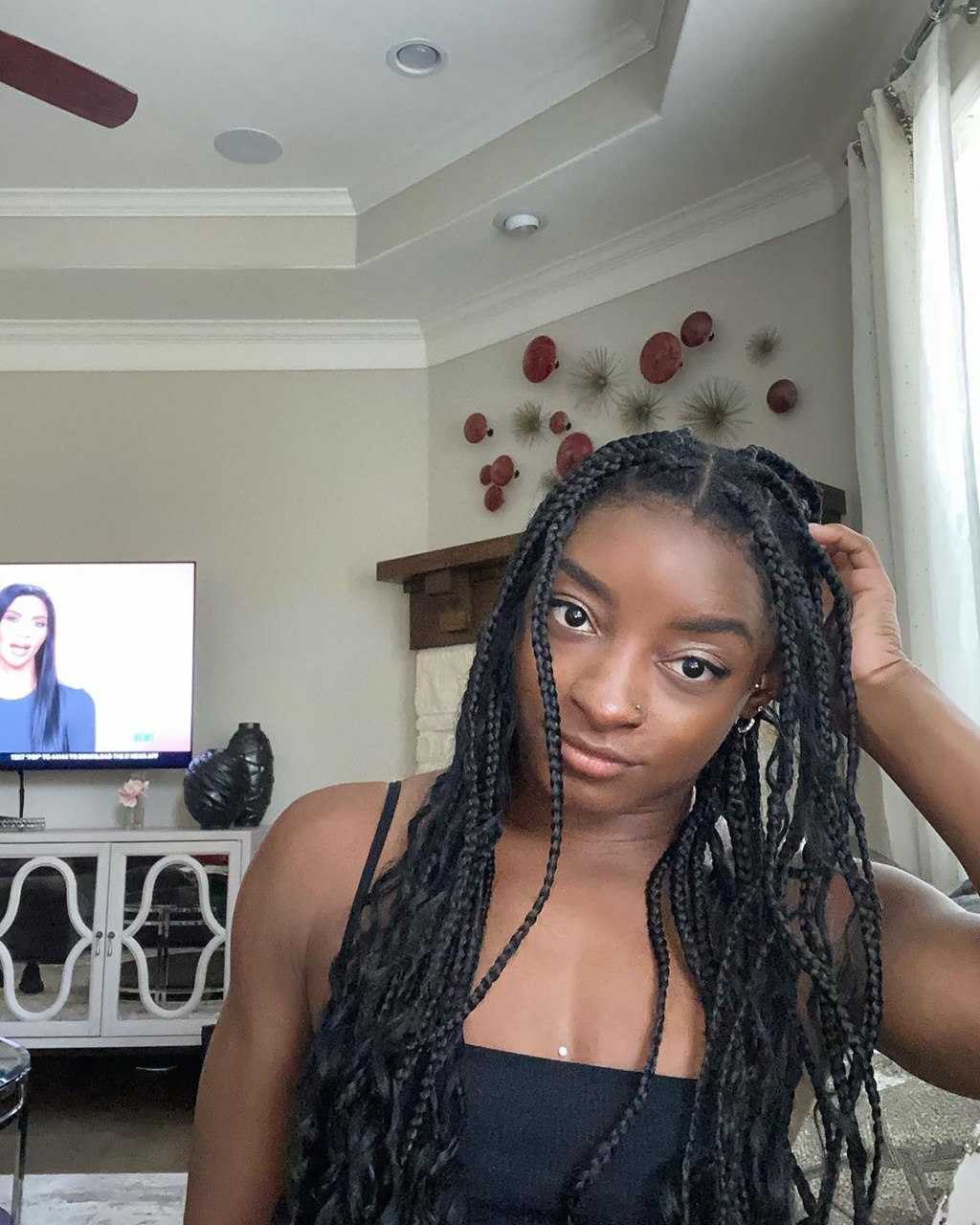 The family room — and Kim Kardashian – can be seen in this photo. 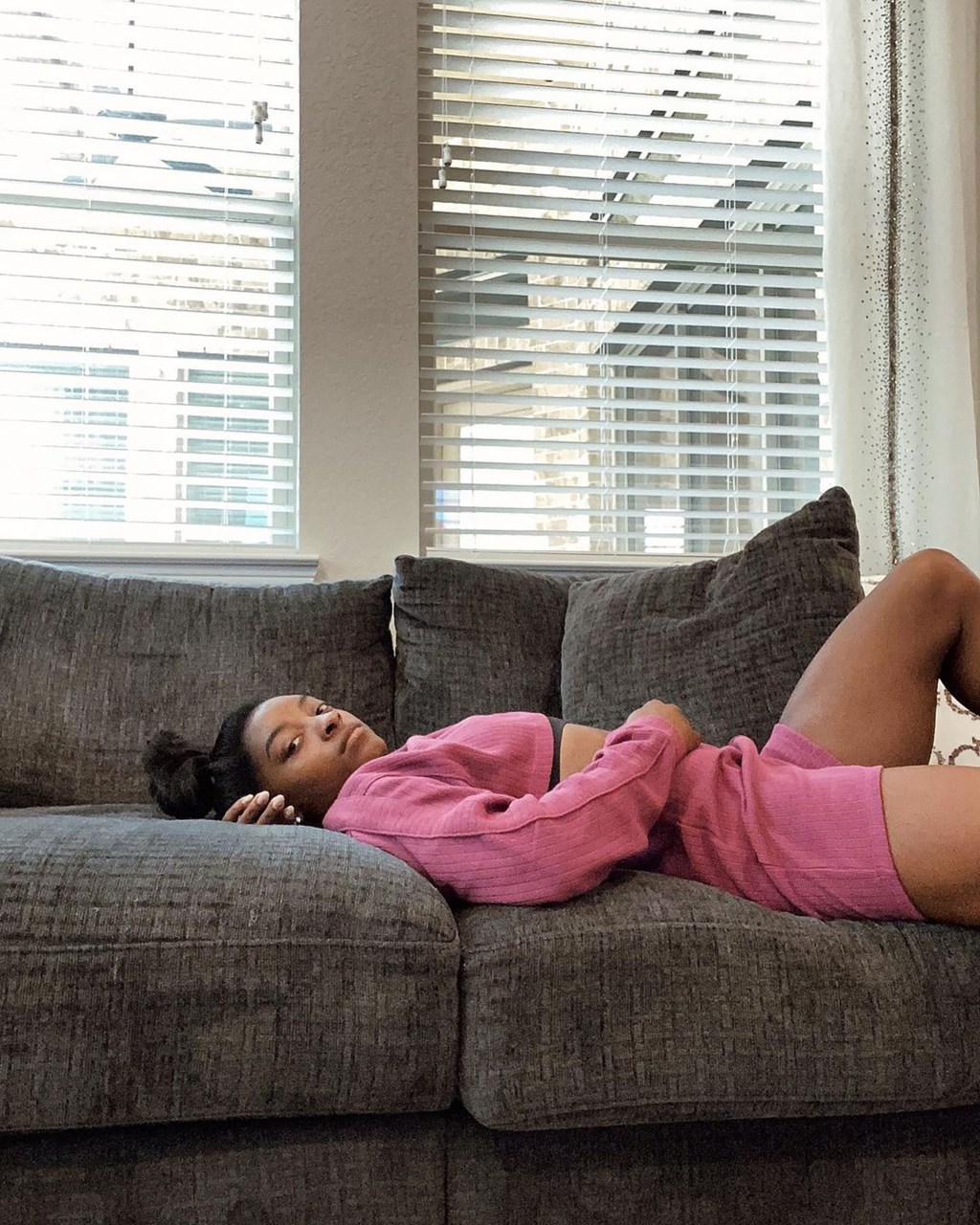 Biles lounges on her grey couch. 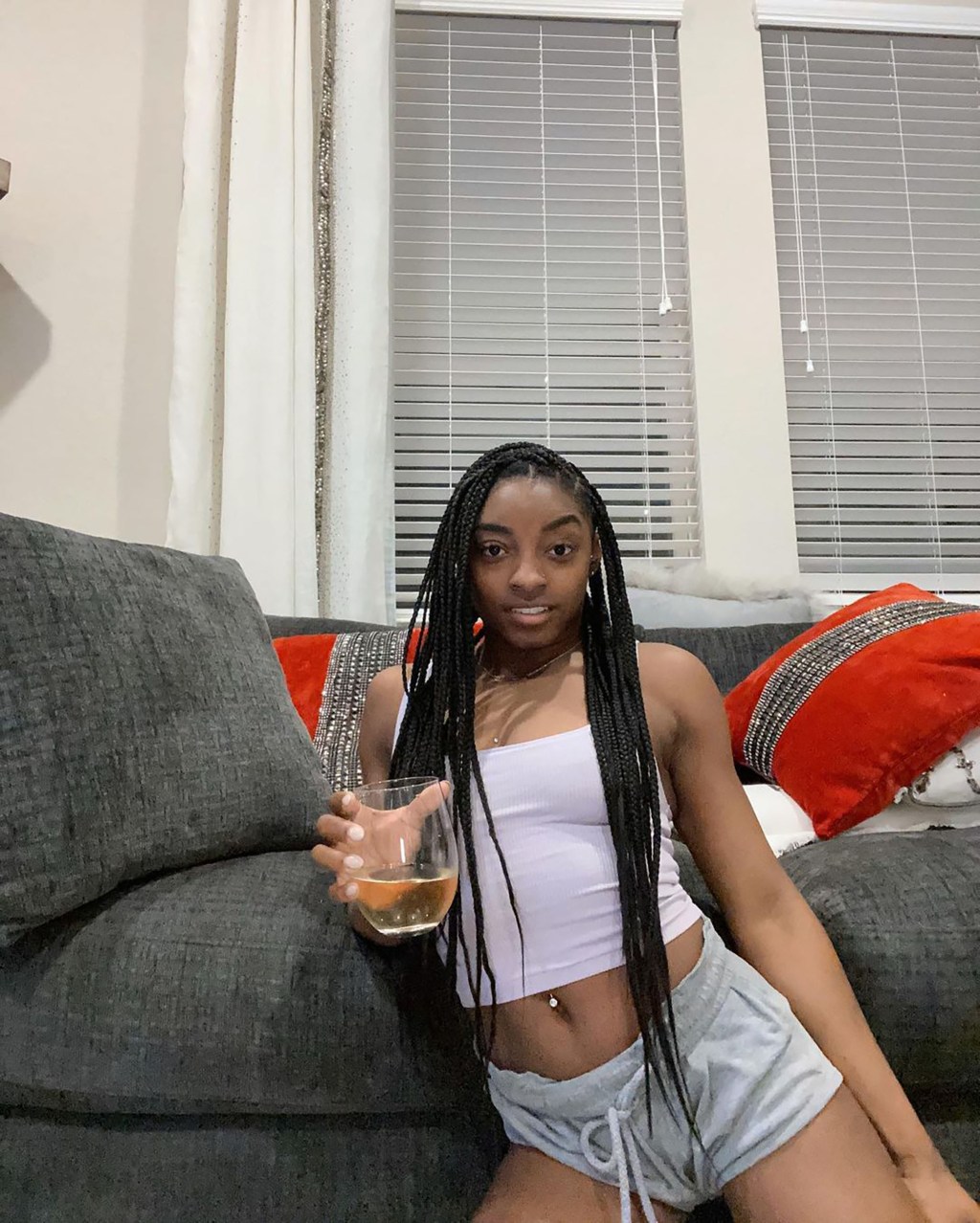 Biles has added red pillows to her grey couch in this photo.