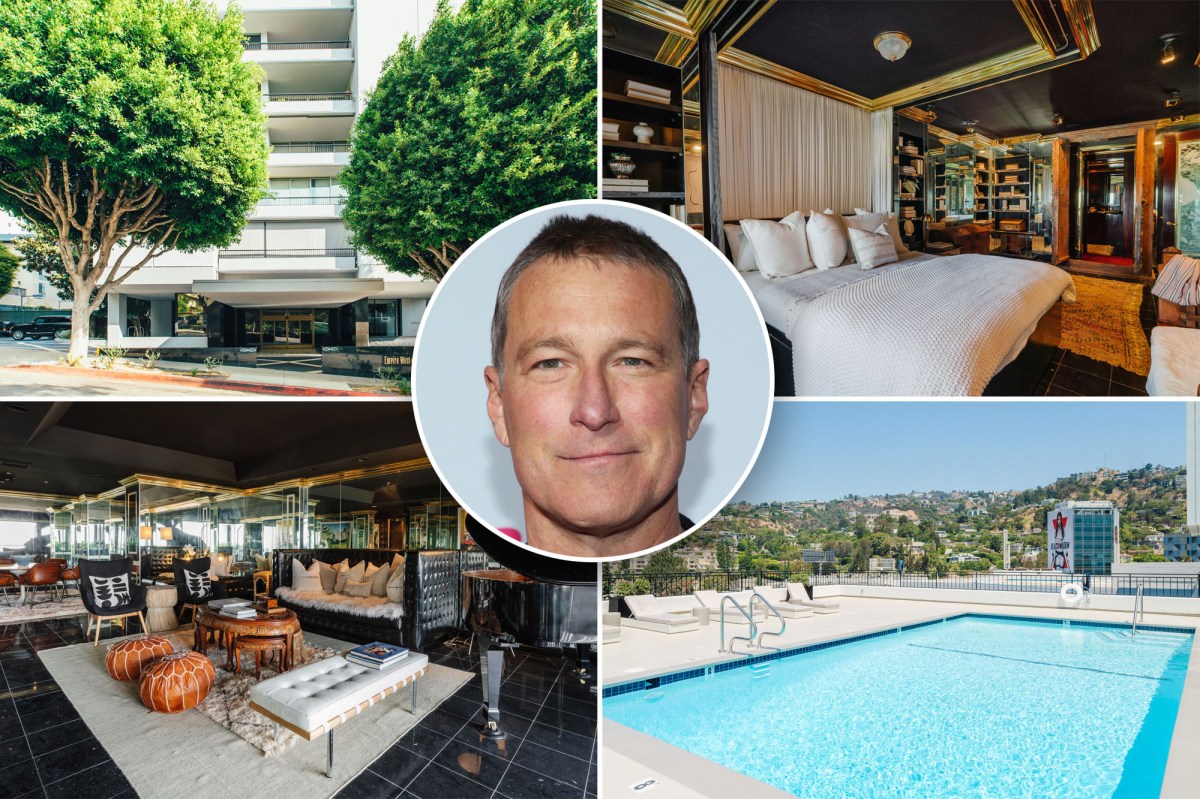 You may know him as Lara Jean’s widowed father in the popular “To All The Boys” Netflix film series — and you may also know him as Aidan Shaw, Carrie Bradshaw’s one-time fiancé in “Sex and the City.” But did you know his Southern California condo is for sale?

Actor John Corbett, who has also held roles in the “My Big Fat Greek Wedding” films and will reprise his role of Aidan in the highly anticipated “SATC” reboot “And Just Like That…”, has listed his 1,607-square-foot condo in West Hollywood for $1.31 million, The Post has learned. And it’s a glamorous get for a fan looking for an apartment living in a full-service building.

“Filled with Old Hollywood Glam, a splash of Vegas poker nights and personality beyond your everyday scenery,” says the listing, “this celebrity-owned residence is the perfect landscape to put your own modern touch on a timeless high-rise unit.”

The south-facing unit, which also has another full bathroom, has access to a host of building amenities, such as a new roof deck, a new swimming pool, a concierge, a gym and round-the-clock valet parking.

Justin Alexander, of Compass, has the listing.

The Housing Market Just Flipped | Inflation is OVER
3 Real Estate Investing Strategies You Must AVOID in 2023
$3,600 Stimulus Checks Delayed By Republicans, Will It Pass Before Christmas?
Skyrocketing Prices Cause Businesses To Close In The West
This is getting really SCARY! | Redacted with Natali and Clayton Morris