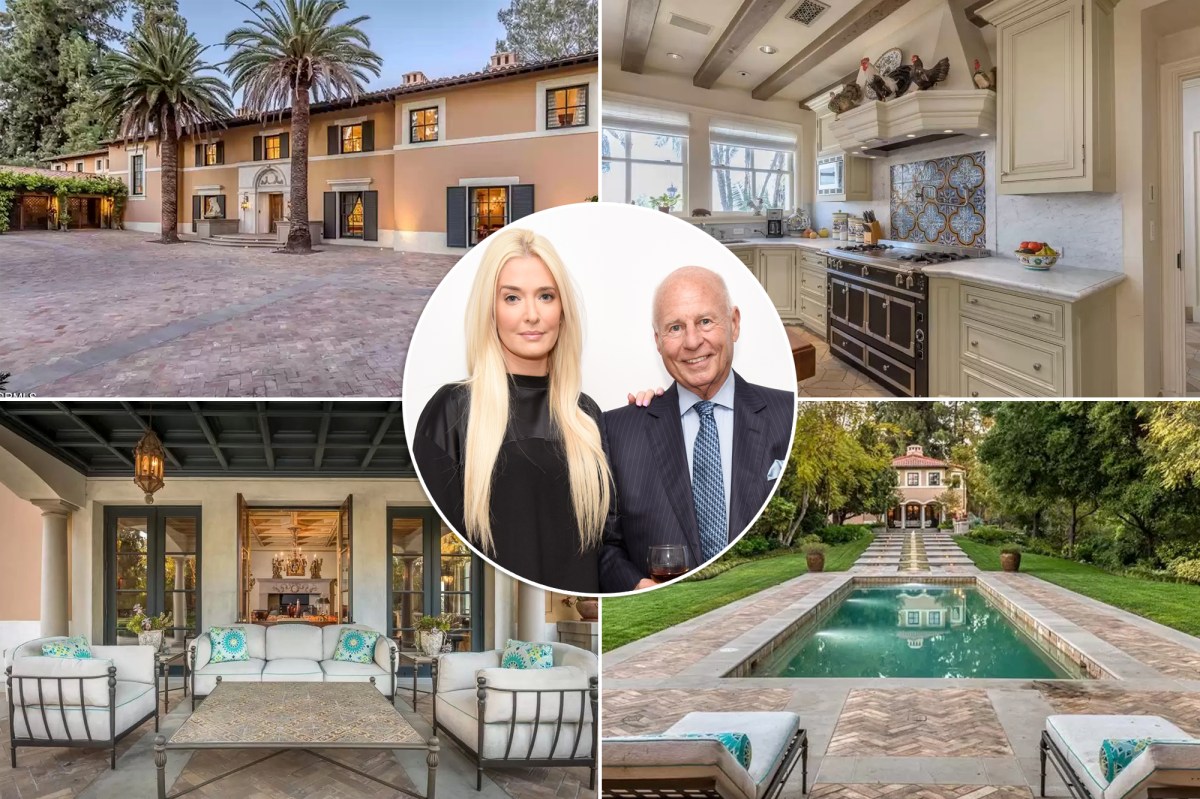 Fallen power couple Erika Jayne and Tom Girardi have been forced to slash the price of their marital home once again after three months on the market without any offers.

Initially listed for $13 million on May 5, the four-bedroom and nine-bathroom mansion received its first price cut one month later to $11.5 million. On Friday, the price reduced by another $1.5 million, and is now listed at $9.98 million.

The home today is valued at $11 million, which means, any potential buyer would be scoring a bargain.

Disgraced legal eagle Girardi, 82, initially purchased the home for $1.3 million back in 1980 — two decades before he married the Twitter-beefing “Real Housewives of Beverly Hills” star.

The property is in high contention by the Los Angeles federal court, since Girarldi has been ordered to move out in 20 days, once the mansion goes under contract, according to the bankruptcy deal cited in court documents.

Girardi is facing allegations he embezzled millions of dollars of settlement money earmarked for his clients, who are largely the victims of accidents, natural disasters, and crime. Meanwhile, Jayne, 50, is embroiled in her own her legal drama and amid their impending divorce.

The former attorney has been diagnosed with late-onset Alzheimer’s and dementia and allegedly misappropriated $2 million intended for Lion Air Flight 610 crash victims — amid other lawsuits — forcing him to file for bankruptcy.

The deal requires the mansion to be kept “clean and tidy,” that utilities are paid and that he not interact with potential buyers.

Meanwhile, reality TV diva Jayne — infamous for her dance anthem “It’s XXpen$ive to be Me” — has already moved out into a more modest abode that she is currently renting at an estimated $7,500 per month.