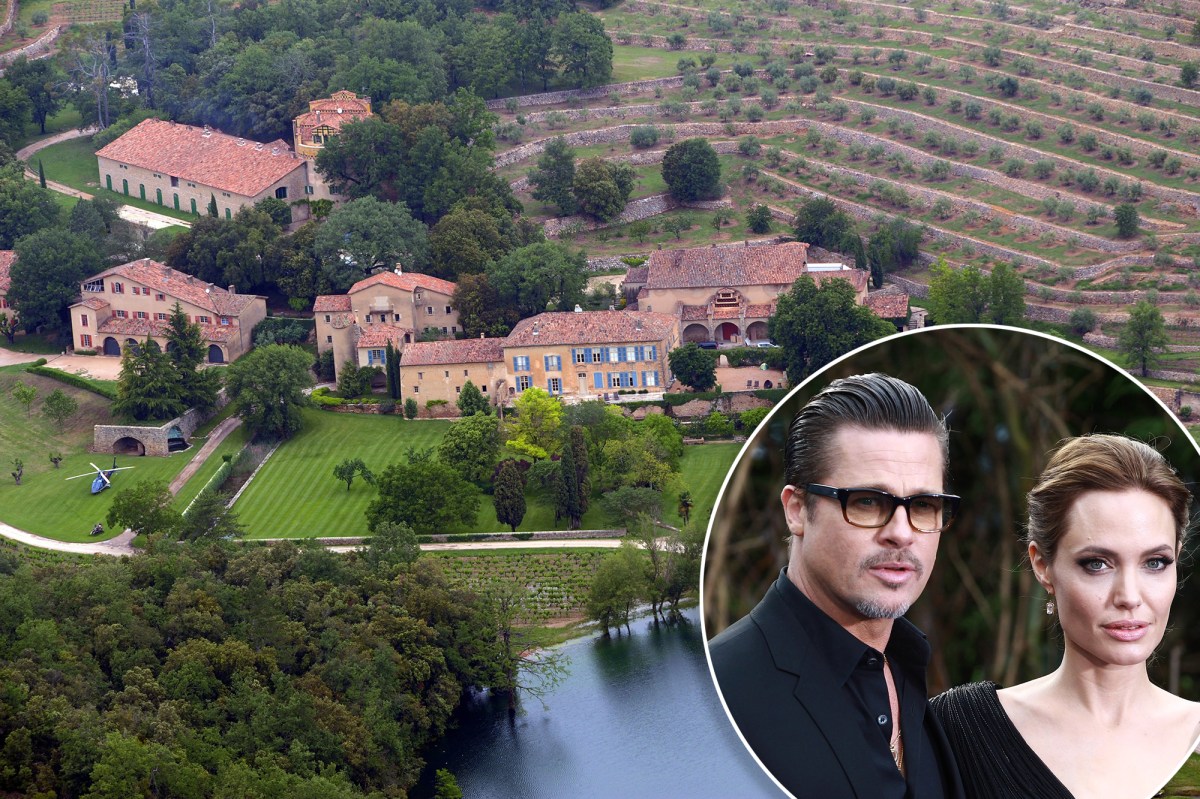 Untangling a decadelong relationship isn’t easy when there are six children and $60 million in real estate at stake.

This afternoon, Judge John W. Ouderkirk — who married Brad Pitt and Angelina Jolie at their French property in 2014, and who has presided over their divorce proceedings since at least 2017 — was disqualified by an appeals court for failing to disclose business relationships with Pitt’s attorneys, according to Friday reports. Pitt, 57, vowed to appeal the decision, Page Six reported.

Ouderkirk’s removal could represent a step forward for Jolie, whose emergency petition to sell her stake in Chateau Miraval was declined several weeks ago.

On June 30, Jolie, 46, filed an emergency petition to sell her stake in Chateau Miraval, the award-winning rosé winery she and Pitt purchased for $60 million in 2011. Its current value and Jolie’s share of it, however, is unknown.

Jolie’s petition claimed she has an anonymous buyer who could pull out of the sale if standard legal blockades from divorce proceedings were not lifted.

Ouderkirk, who wed the couple at Chateau Miraval in 2014, declined the petition because there was no proof of “immediate danger/irreparable harm or immediate loss/damage to property,” Us Weekly reported.

In response, the “Maleficent” actress‘ team filed a petition requesting a hearing for the chateau sale on September 22.

“Ms. Jolie is extremely desirous of closing the pending agreement for the sale of Nouvel, LLC [which holds her stake in the property], and requests that the Court issue an order lifting the ATROs [the Automatic Temporary Restraining Order keeping her from making the sale] and specifying that they shall not apply to Ms. Jolie’s sale of Nouvel, LLC,” the legal team wrote.

The removal of the judge is perceived as a win for the “Eternals” actress who filed to have him removed in August 2020. But the impact of the judge’s removal is not clear; it could also gum up the sale of the chateau if negotiations have to restart under a new judge.

The chateau and its pink wine

The approximately 1,200-acre lot is nestled in a valley in Correns village in Provence, France. Its olive trees and vineyard are at a 1,148-feet-high altitude with clay and chalk soils for healthy grape maturation, according to the vineyard.

Throughout the centuries, religious groups and nobility lived on the property. Jazz pianist Jacques Loussier purchased the lot in 1970 and installed a studio where Pink Floyd, Sting and others recorded music, according to Chateau Miraval.

“Miraval’s land is organized into dry stone terraces. Each vineyard is located at an average altitude of 350 meters, perfectly elevated for a soaring balance of harmony and freshness,” reads the Miraval website.

The chateau produces award-winning rosé in partnership with the French wine-producing family Famille Perrin. It has floral, berry, cherry and salty notes, according to the company.

Coincidentally, Pitt’s ex-girlfriend German model Nicole Poturalski‘s husband, with whom she had an “open marriage” at the time, sold the wine at his restaurant, Page Six reported last year.

Jolie and Pitt had a decadelong relationship beginning when they met on the set of “Mr. & Mrs. Smith” in the early 2000s.

The “Those Who Wish Me Dead” actress, who appeared alongside Tyler Perry in the HBO Max movie, was formerly married to Jonny Lee Miller and Billy Bob Thornton. The Los Feliz, Calif., resident recently stirred rumors she could be dating 31-year-old musician The Weeknd.

“Moneyball” actor Pitt was last rumored to be dating Andra Day, who debunked the rumors last month, saying they have “never met.” He is divorced from “Friends” actress Jennifer Aniston, with whom he shared a flirty “Fast Times at Ridgemont High” (1982) table read last year.

New York AG will seek sanctions on Trump, lawyers over ‘false’ court filings in fraud suit
What are the trends in the 2023 housing market?
Rent prices have dropped the most in these 5 U.S. metros. Why it’s cheaper to rent than buy in many markets
Manhattan’s office occupancy shows signs of recovery
Flip house update – replaced the siding, back patio and roof #fliphouse #homerenovation