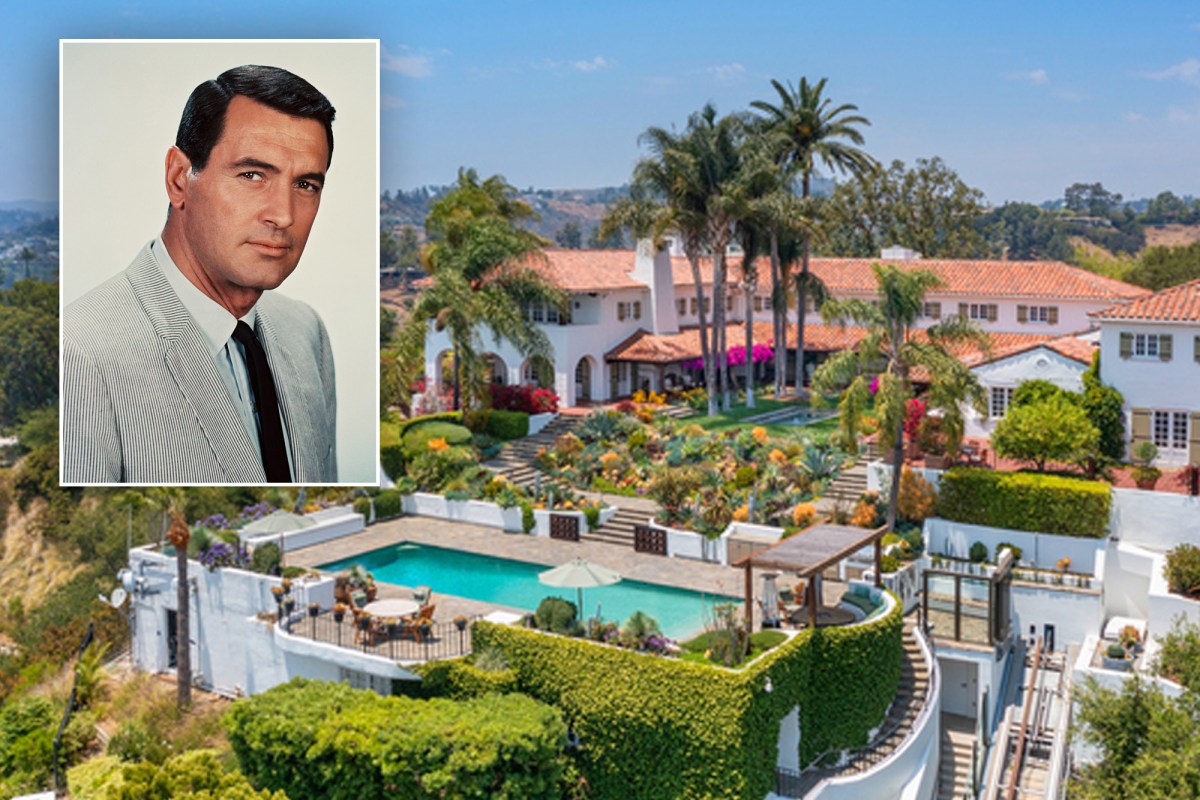 The former home of “Pillow Talk” heartthrob Rock Hudson has hit the market for the first time in 24 years, asking $55,525,000, The Post can exclusively reveal.

The Beverly Hills mega-mansion has five bedrooms, four bathrooms and one powder room across 9,600 square feet. Including guest houses and recreational buildings, the estate has 24,370 square feet of indoor space, according to property records.

Universal Pictures purchased the 1920s Spanish-style property at the height of Hudson’s career and included it in his contract. He lived in the stucco and terracotta house from 1962 until he died of AIDs-related complications in 1985.

Microsoft co-founder Paul Allen purchased it in 1997 and added several surrounding parcels to the estate, which are included in the sale. Allen died in 2018 of complications from Hodgkin’s lymphoma, and the property is being sold by his estate, which was last reported to be executed by his sister Jody Allen.

The main home has beamed ceilings and wood and stone floors. It boasts a library, a family room, a living room, a gourmet chef’s kitchen, a gym and a massage room, according to property records. The primary bedroom suite has large walk-in closets and a limestone bathroom, property records show.

REAL ESTATE IS CRASHING | When Will It Be Safe To Buy Again? (Plus Our Real Estate Investment Plans)
How Detroit moved on from its legendary bankruptcy
Property investors are holding back as the global economy sours, says Singapore’s CapitaLand Investment
Zillow: “Home Prices DROPPING FAST” (in California and 5 Other Housing Markets)
Million Dollar House Flip – 6 Month Before and After Home Remodel 2021