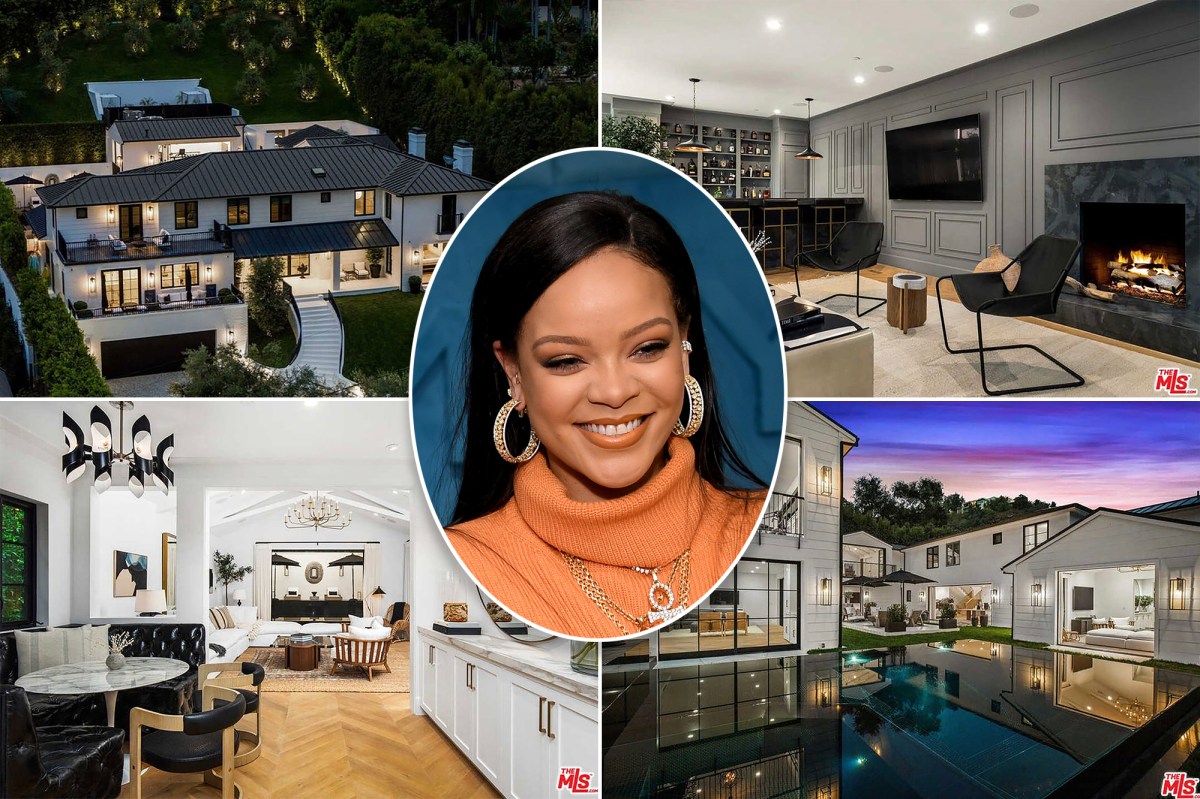 Rihanna has money on the brain.

The “Love on the Brain” singer has listed her 5,900-square-foot Beverly Hills farmhouse mansion on the rental market for $80,000 per month, according to Realtor.com — her most expensive known rental offering to date.

This new listing comes only seven months after the “Umbrella” singer purchased the five-bedroom, five-and-a-half bedroom Beverly Hills compound for $13.75 million. In March, the 33-year-old with a pixie cut also purchased the 3,600-square-foot Tudor house next door for $10 million. 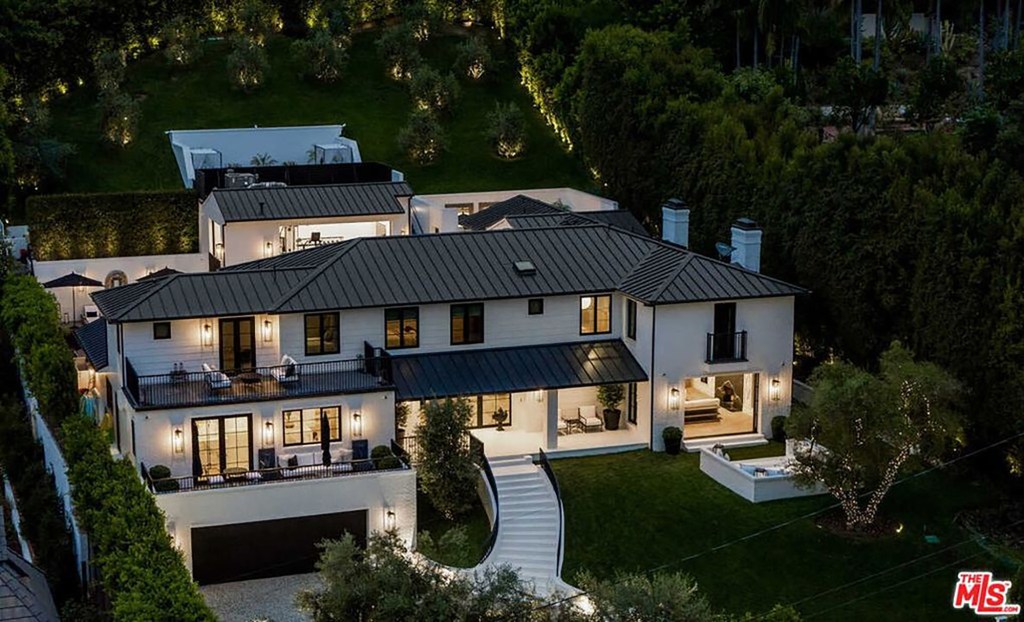 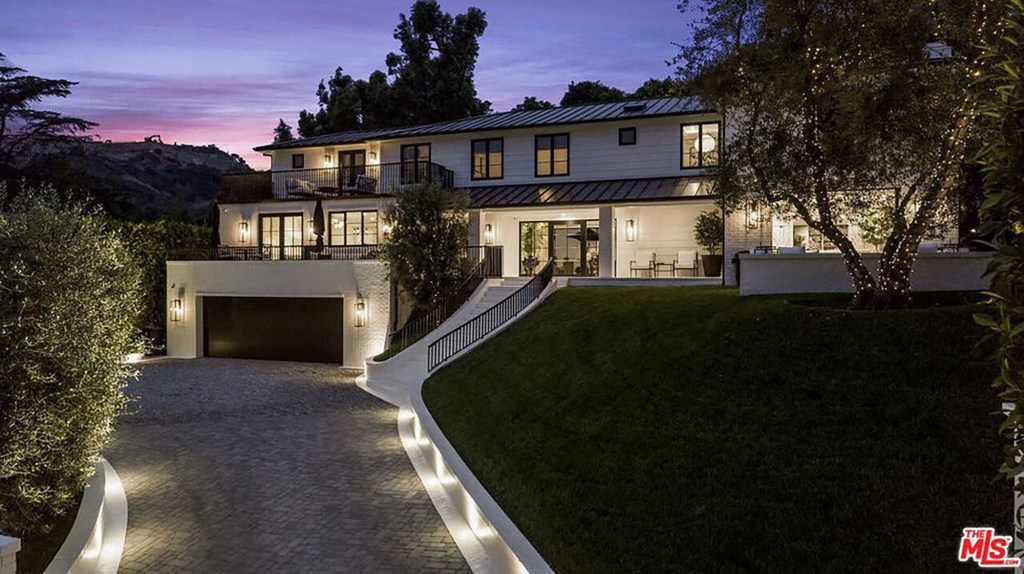 The mansion sits on a hill above the stone driveway and four-car garage. 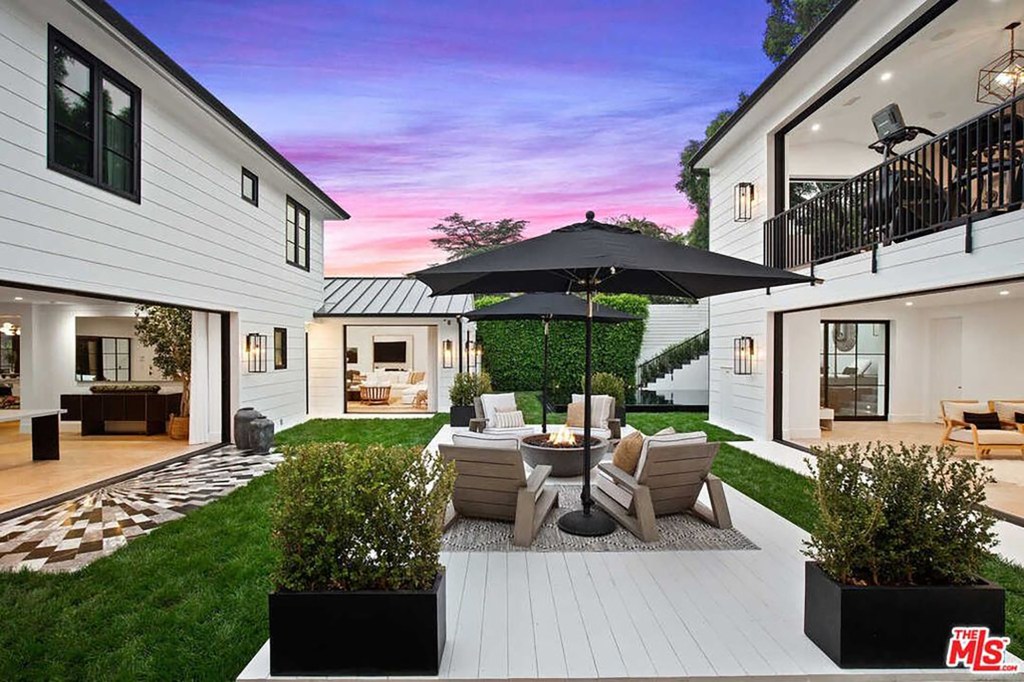 A half-sunburst mosaic of white, black and grey tile leads to the courtyard with a fire pit on a central patio space. 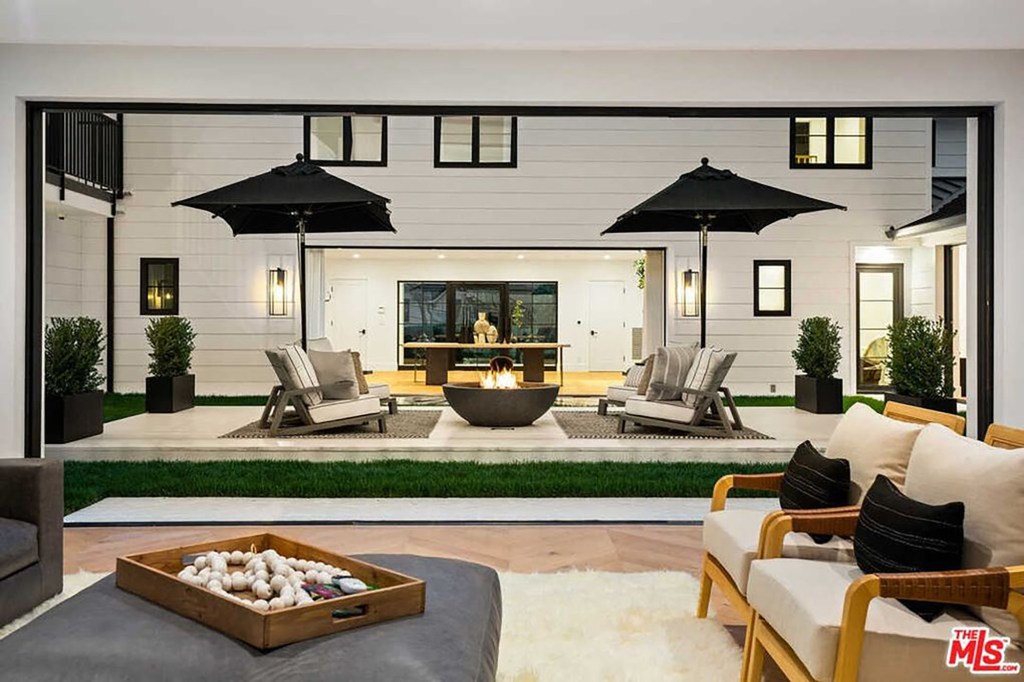 The 33-year-old lingerie mogul, currently rocking a pixie cut, also owns the 3,600-square-foot Tudor house next door, which she purchased for $10 million in March.

Enter through a black-trimmed glass pivot door to find chevron wood floors pointing guests through the house to the courtyard. A half-sunburst mosaic of white, black and grey tile leads to the courtyard with a fire pit on a central patio space, photos show.

Resisting the urge to enter the courtyard, guests in the foyer can turn left to find the kitchen, a breakfast room and a great room, photos show.

Beyond the breakfast room is a peaked cathedral ceiling with exposed wooden beams and a modern chandelier, photos show.

The great room provides views straight across the pool through the backyard to a private enclosed patio, multiple photo angles and floor plans show (some photo angles give the appearance of leading to an enclosed space). 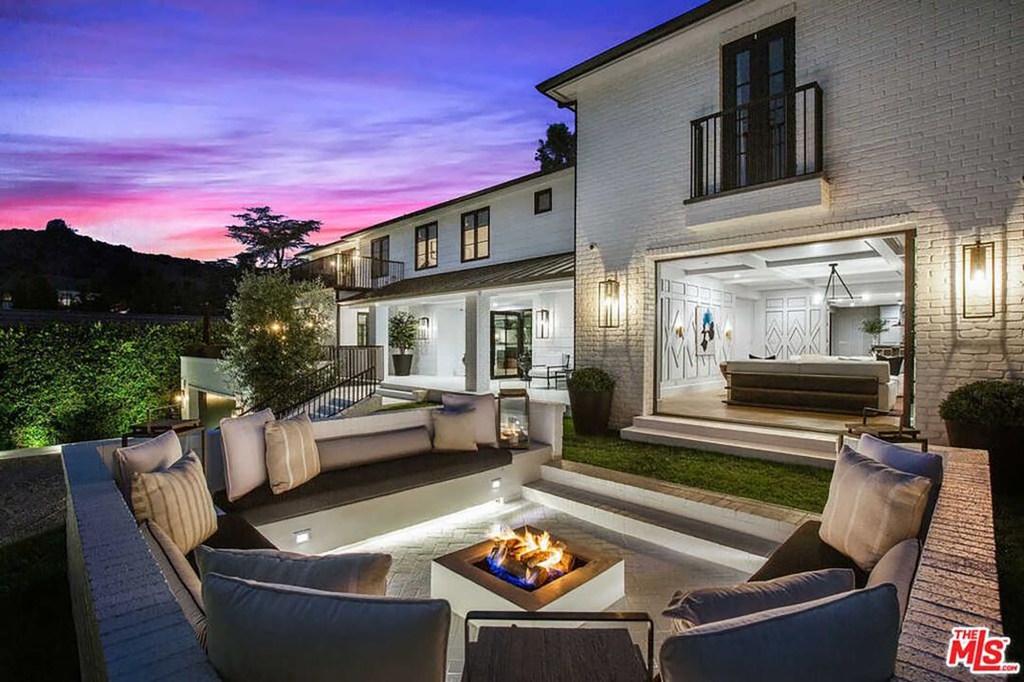 The family room is also accessible from the fire pit at the front of the house through pocket doors. 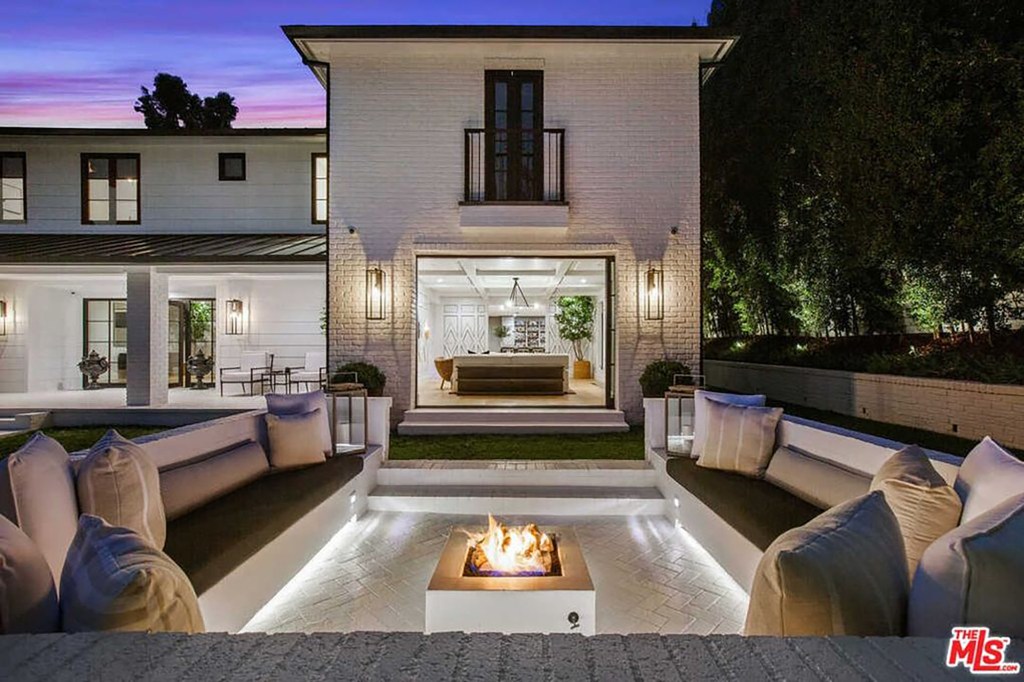 To the right of the foyer is a living room with coffered ceilings, unique diamond moulding patterns on the walls, a modern chandelier and an oversized stone fireplace. It is also accessible from the fire pit at the front of the house through pocket doors, photos show.

On the second floor of the main house, the primary bedroom suite opens onto a balcony with views of the courtyard. It has a marble bathroom that opens to a private second-floor patio, photos show.

Behind the guest house, up a lighted staircase, is a raised patio with views of Hollywood Hills and Beverly Hills, and a raised lawn with trees, according to a video tour by the Agency before Rihanna bought the house.

A representative for the listing broker, James Harris with The Agency, did not respond to a request for comment. Harris has represented several of Riri’s property transactions, but her property manager is unknown.

Rihanna’s net worth is unknown, but her lingerie brand Savage X Fenty was recently valued at $1 billion, and she has donated over $8 million to COVID-19 relief efforts, according to Forbes. She also has her own line of leggings, a makeup empire and soon, fans hope, a hair care line.

She and romantic partner rapper A$AP Rocky were most recently spotted in New York City.

One of her previous homes, now owned by John Legend and Chrissy Teigen, is currently on the market for $17.7 million, according to the listing.

The 2023 Housing Market Will Be Bad | PREPARE
UK property demand slides 44% after market-rocking mini-budget, study shows
I Almost Went Back To My 9-5 | Real Estate Investing For Beginners
How Atlanta’s growing economy burned low-income renters and homebuyers
Real estate CEO on housing market: ‘I’m concerned for all the first-time buyers’