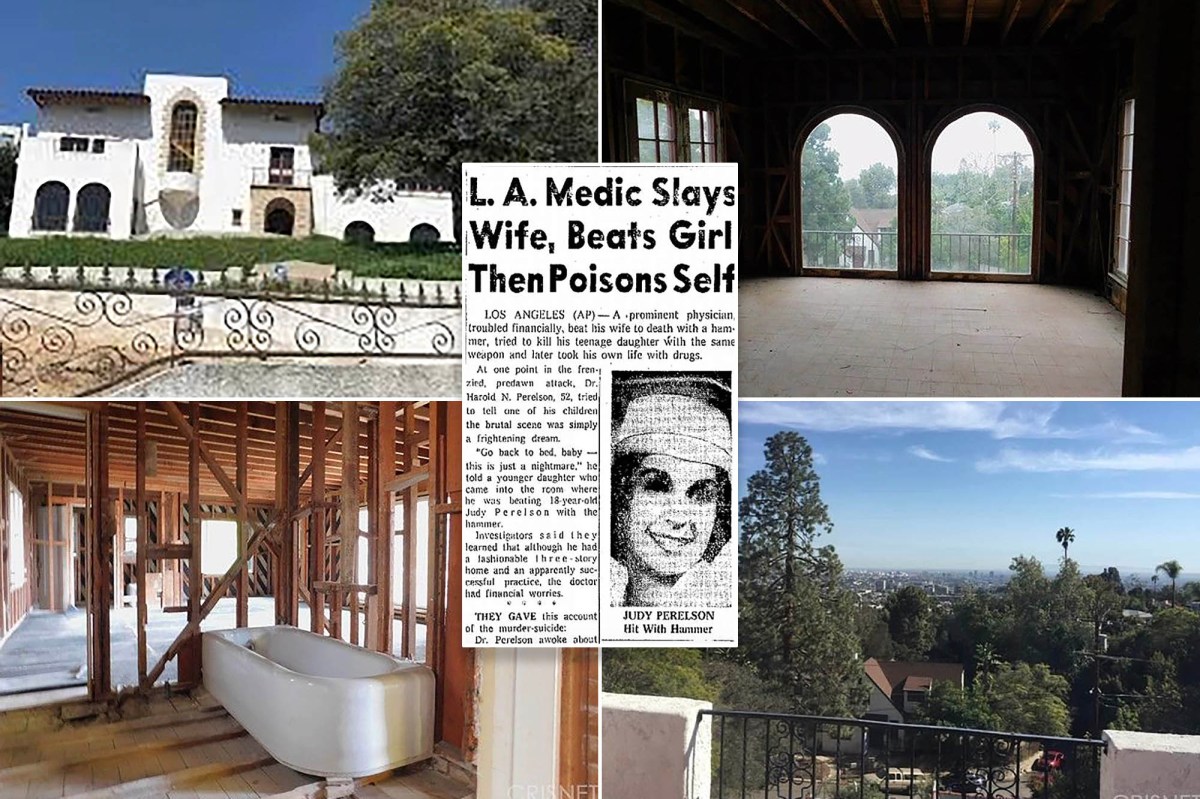 After 60 years, the infamous Los Feliz murder mansion is embroiled in another mystery — will it be demolished?

On Dec. 6, 1959, cardiologist Dr. Harold Perelson, 50, murdered his approximately 43-year-old wife Lillian using a ball-peen hammer. He made a similar attempt on one of his three children, Judy (sometimes spelled Judye), before taking a fatal dose of a Nembutal.

The hazel-eyed, 5-foot-7 (according to his WWII draft card) man had previously been hospitalized for mental health issues, according to a new podcast called “The Los Feliz Murder Mansion” by documentary filmmaker Stacy Astenius and Cloudy Day Pictures.

Since the murder-suicide, the so-called “haunted house” has been shrouded in mystery and rumors. Over 60 years later, in December 2020, high-profile, controversial lawyer Lisa Bloom sold the site for $2.35 million, property records show.

The buyer was an LLC represented by Luxmanor Custom Home Builders CEO Ephi Zlotnitsky, who did not respond to a request for comment.

No permit records have been recorded since the sale, so the new owner’s plans are still a mystery — but there are reasons to doubt that the 1920s-era mansion will stand for much longer. 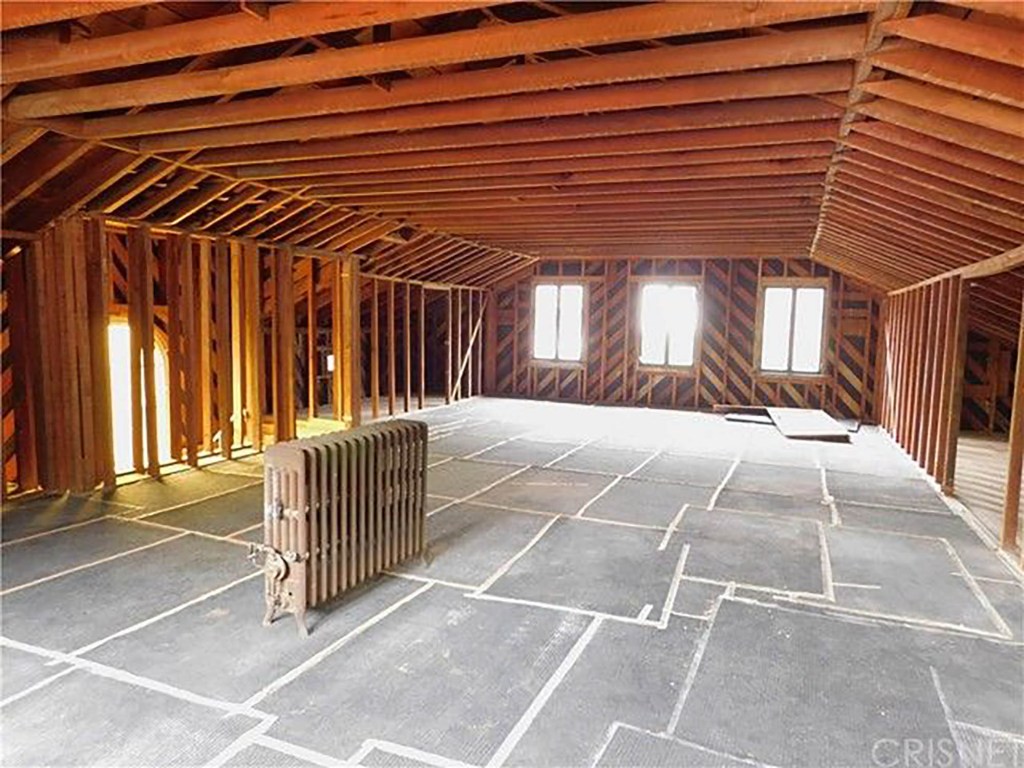 The seller was high-profile lawyer Lisa Bloom and husband Braden Pollock, who appears to have completed some interior demolition work on the house after purchasing it in 2016, photos show. 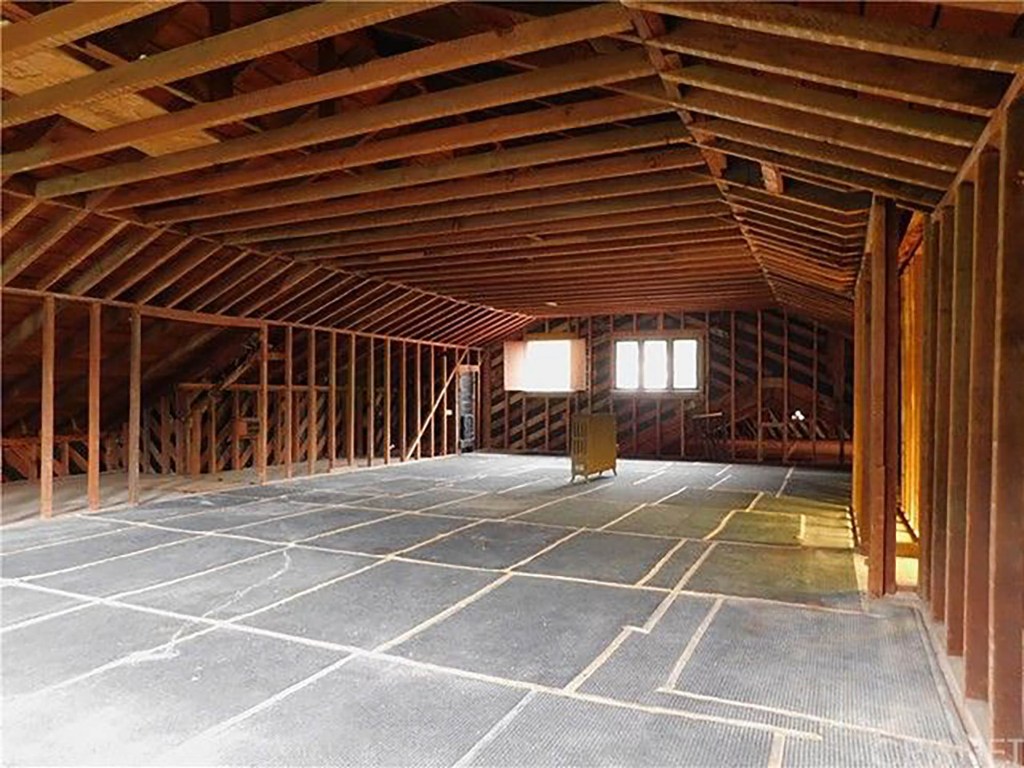 Julian and Emily Enriquez purchased the house at an auction some time soon after the murder, leaving it empty, and passed it to their son Rudy, who kept the home empty until his death in 2015.

Unaffected by rumors of ghosts and curses, Bloom originally planned to rehabilitate and inhabit the four-bedroom, three-bathroom Spanish Revival when she purchased it in 2016 for $2.29 million. But the 0.6-acre lot’s steep slope posed an unexpected problem, according to Astenius’s podcast.

Because the Blooms’ planned renovations were worth more than 50% of the cost of the house, it would have to be brought up to present-day building codes: The house would have to be completely razed and the land flattened before they could rebuild, Bloom’s husband Braden Pollock said on the podcast.

The couple placed the 5,000-square-foot mansion on the market in 2019. The new owner will presumably face the same ordinances, so it is unclear whether they plan to demolish the skeleton house. 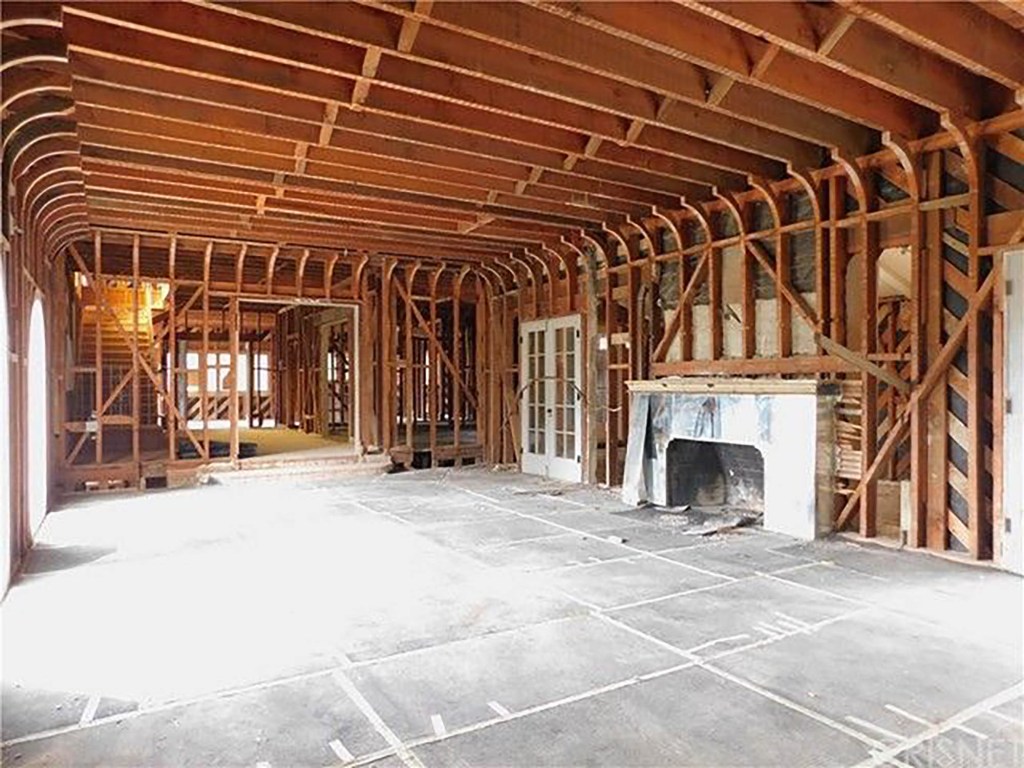 No permit records have been filed, so plans for the home are still a mystery. 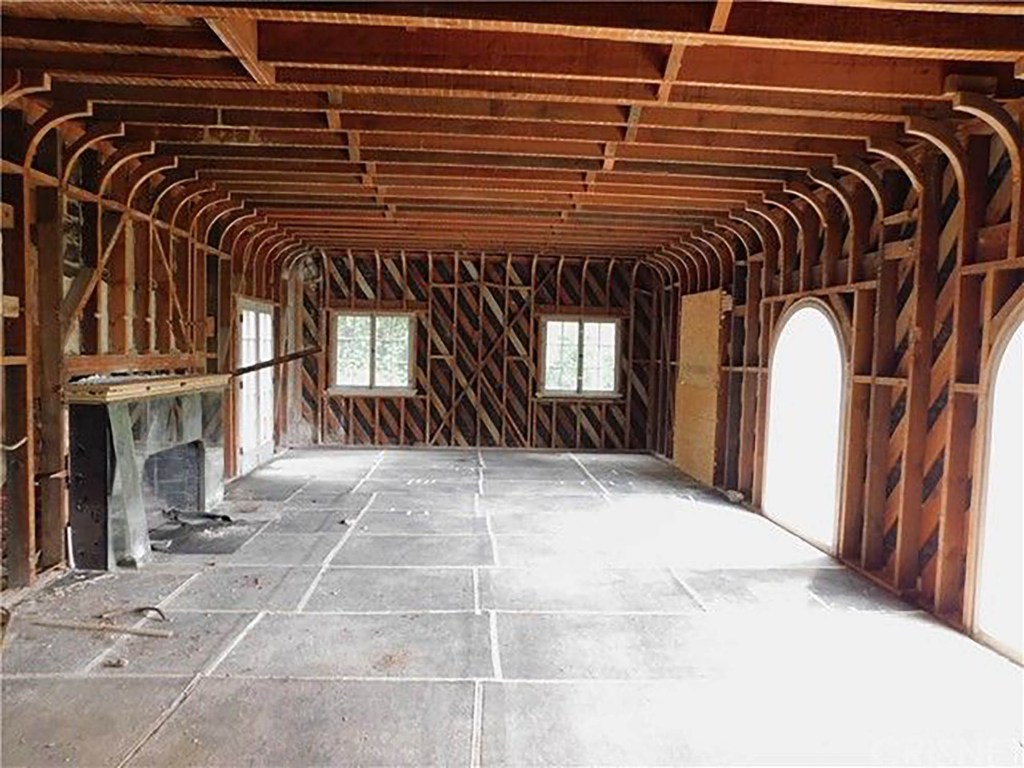 John Stauffer had purchased it by 1934. Maids Marie Wood lived there in 1937, and Carmen Neis in 1938, according to archived Los Angeles city directories.

If it weren’t for those meddling kids

Urban legend alleged that the home was vacant and untouched since the murders for over 50 years. Neighbors and urban explorers said no one lived there and that it was filled with old artifacts, like children’s light switch plates, from the Perelson family.

But take off the mask, and it seems that the house’s ghost is none other than a “very kind” Catholic millionaire hoarder named Rudy Enriquez, who once owned the house, according to Astenius’ podcast.

Some of the eeriest rumors include Christmas presents still wrapped from the December murder decades ago, The Post reported. Enriquez told the Asteniuses that the Christmas presents visible through the window — one of the most salacious bits of lore — were his. He was storing Christmas decorations at the house and had even done some present-wrapping there, he said.

The podcast suggested that that the unexplained disarray of items in the house was because the owner “was definitely a hoarder” and had mixed his own objects with those of the family, even writing over Dr. Perelson’s medical notes that he kept at the house. Enriquez told journalists that his parents, Julian and Emily Enriquez, inhabited the house for 30 years after the murder and that he now uses it for storage. Enriquez died in 2015.

Records bolster claims that the property wasn’t completely unoccupied and untouched: Water and electricity bills uncovered by the podcast suggest the property was occupied, and The Post discovered that Rudy Enriquez registered a phone at the address in 1987, archived city directories show. 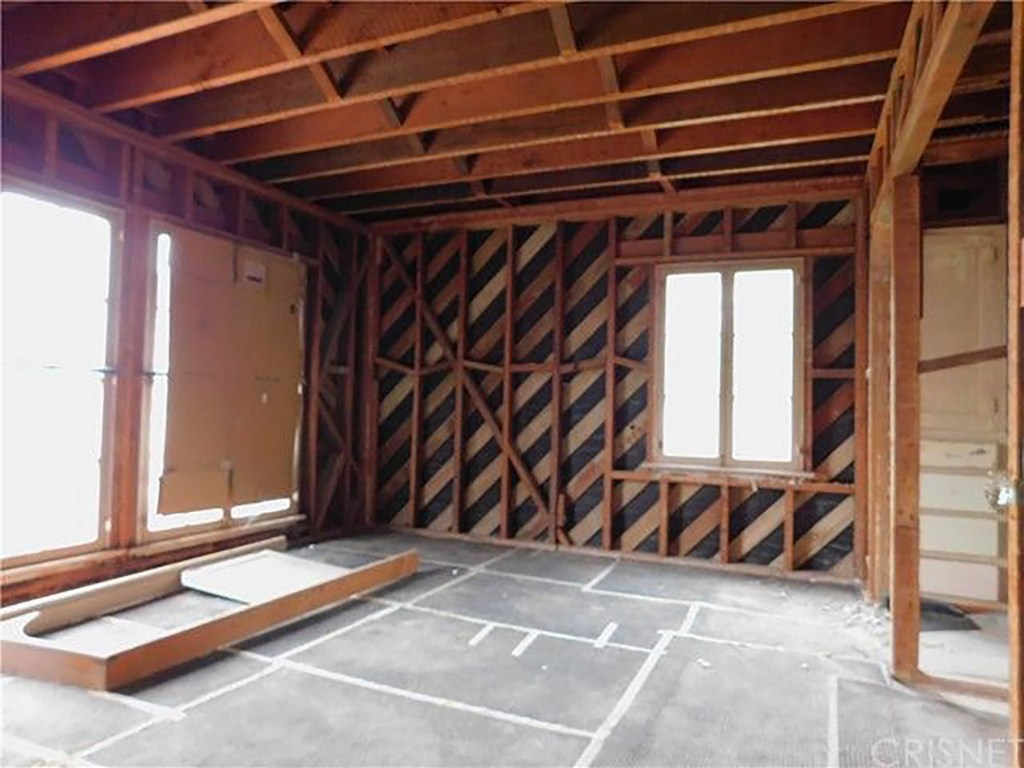 At least three other owners and tenants have died in the house. 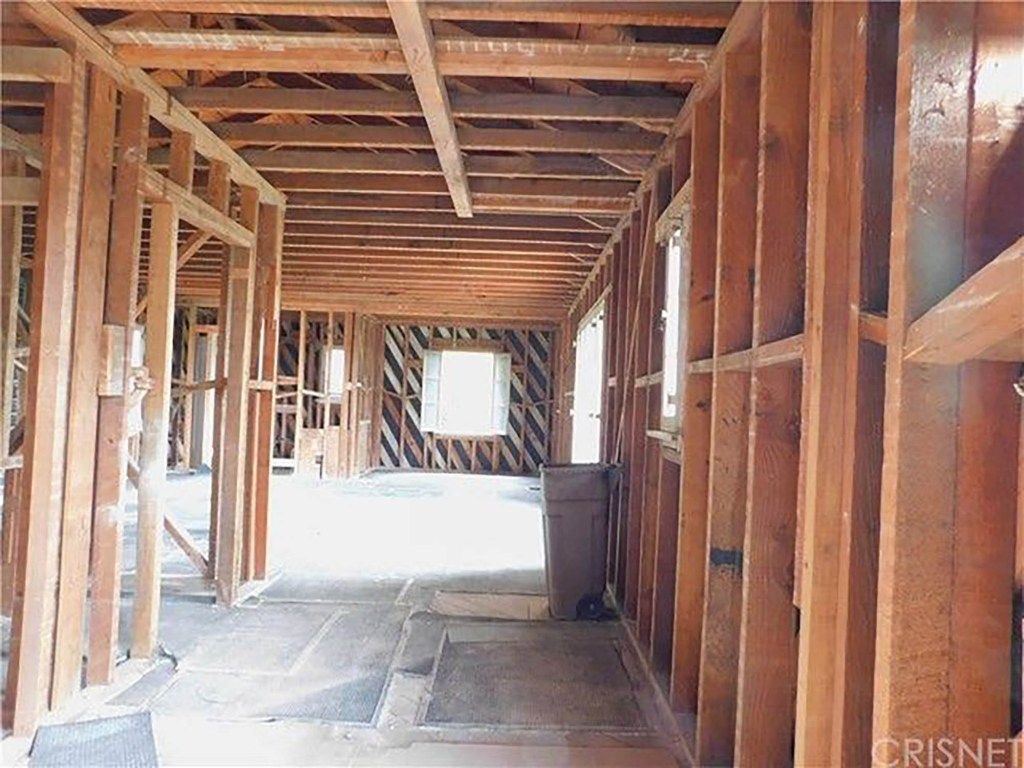 The original house was built in 1925 by architect Harry E. Weiner for wholesale fruit seller Harry F. Schumacher for an estimated $20,000 at the time (about $315,000 today), permit applications show.

A century of deaths and urban legends

Even so, the house has racked up an impressive number of deaths. At least three other owners and tenants have died in the house.

The original house was built in 1925 by architect Harry E. Weiner for wholesale fruit seller Harry F. Schumacher for an estimated $20,000 at the time (about $315,000 today), permit applications show.

His wife Florence died of heart disease on July 1, 1928, and Schumacher died of pneumonia 27 days later. Then the house was rented to several tenants, one of whom died of infection during his tenancy, the podcast reported.

The house then stood without incident for almost three decades. The Perelsons had only lived in the house for a few years — they purchased the home in or before 1956 when they applied for a permit to move a window, records show.

Realtors are BROKE and Quitting in Record Numbers (Housing Market)
How To Find The BEST Real Estate INVESTMENT Deals | E3
Flipping Houses Virtually – How I Rehab Houses WITHOUT Ever Seeing Them!
Renovating ENTIRE Home with Tons of Issues | Flip or Flop | HGTV
How Atlanta’s growing economy burned low-income renters and homebuyers