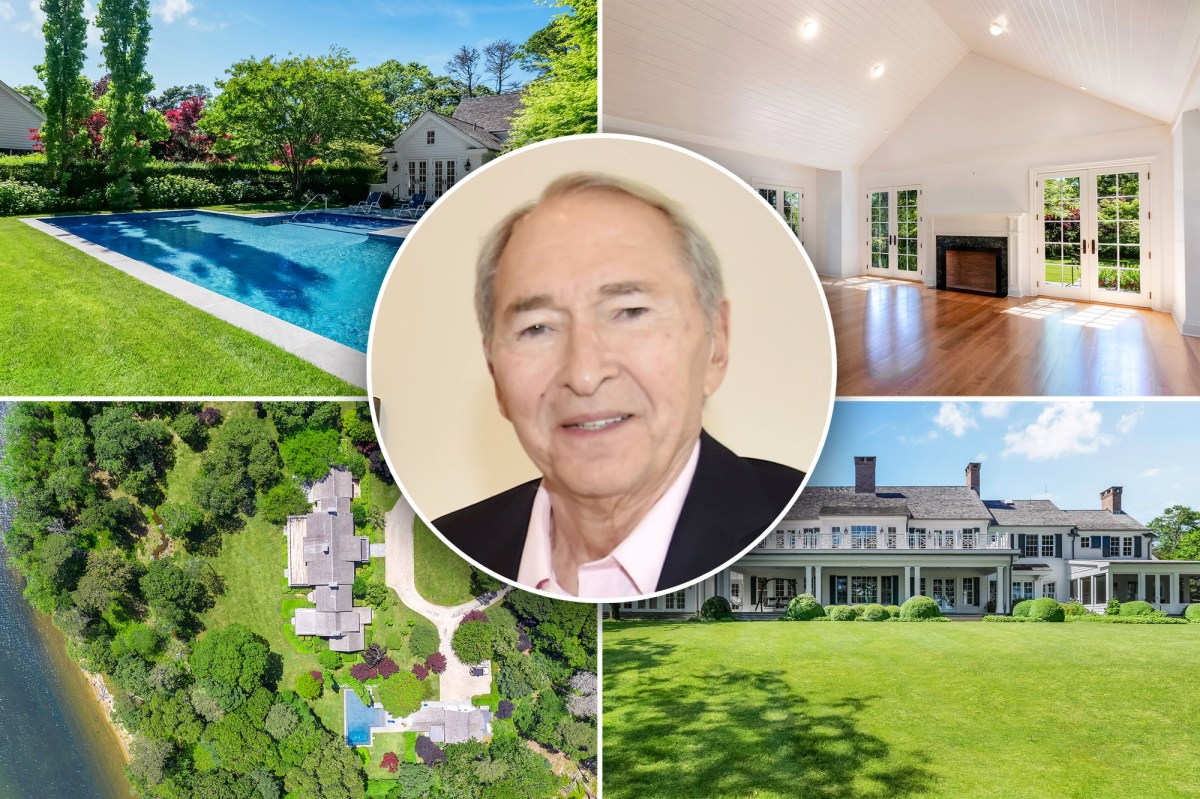 The Hamptons lair of a late billionaire is looking for its next deep-pocketed owner.

Sitting on exclusive Georgica Pond in Wainscott is the longtime home of real-estate developer Sheldon Solow, who died in November at the age of 92 with a net worth north of $4 billion. The estate has been listed for $70 million, according to a jaw-dropping update from the real-estate portal Out East.

Solow was best known for his namesake Solow Building at 9 W. 57th St. in Midtown — a 50-story office tower whose facades form striking slopes at street level. He bought the roughly 14-acre Wainscott property for $19.5 million in 2006, according to the Journal, and the shingled main house was completed around 2010.

That approximately 10,000-square-foot domicile includes a double-height entry foyer, a family room that opens to a screened-in porch through French doors, a dining room with a fireplace, an open kitchen with a breakfast area and a sunroom with a wet bar — all over a lower level that has a home theater and a gym.

As it stands, the main house has six bedrooms, but it can fit a total of 10. The primary suite has a roomy walk-in closet, a sitting room with a fireplace, an en suite bath and a private balcony.

Elsewhere on the property, there’s a heated gunite pool that overlooks a pond, a pool house and a detached three-car garage. The listing notes the spread can likely be subdivided for a second home with space for its own pool, a pool house and a tennis court.

I Flip Houses for a profit Without Buying Or Fixing It Up
Protest planned to save historic NYC hospital from wrecking ball
Renting Vs Buying A Home In 2022 (What They Don’t Tell You)
The Housing Market Correction Has Begun (BIG PRICE CUTS)
‘One actionable thing’ that can save prospective homebuyers up to $104,000 over the life of their mortgage