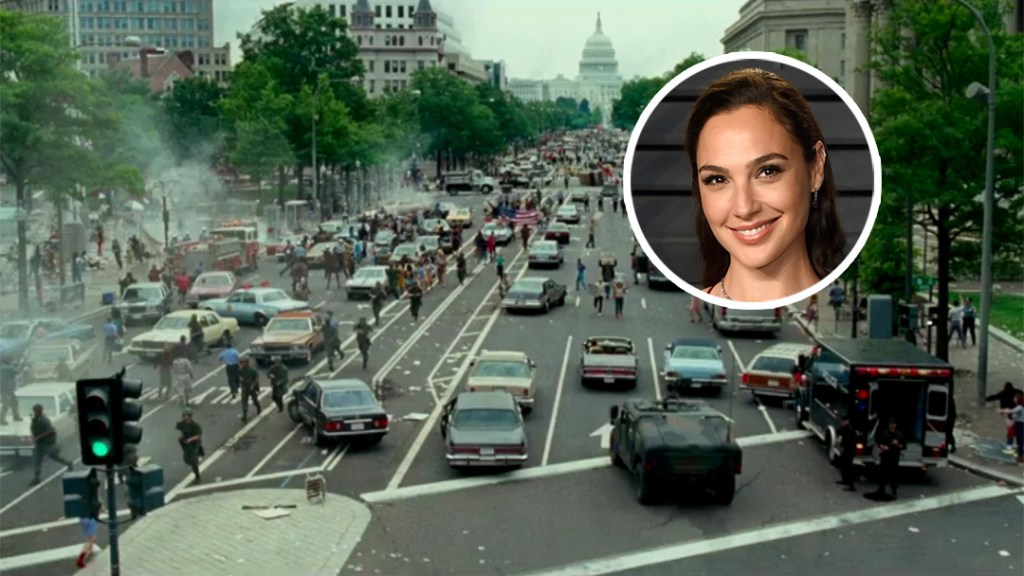 “Wonder Woman 1984” may not be a critical darling or a fan favorite (record box office totals notwithstanding), but there is no denying its onscreen prowess. Released concurrently to theatres nationwide as well the HBO Max streaming service, the highly-anticipated follow-up to 2017’s “Wonder Woman” is chock full of elaborate costumes, rigorous action sequences and dazzling special effects, all set against a gorgeous backdrop of dramatic scenery. The film is a visual spectacle, whether viewed on the big screen or from the comfort of your own home.

Set and largely shot in Washington, D.C. and its environs, cast and crew also headed to such far off locales as London and Spain for filming.

Read on for a comprehensive guide to the many spots that appear in the movie. (Be forewarned – spoilers abound throughout the post!)

“Wonder Woman 1984’s” elaborate opening sequence, in which young Diana Prince (Lilly Aspell) competes against a bevy of seasoned Amazonian warriors in Olympic-like games in her native Themyscira, was lensed in a mash-up of places. The large arena where the contest begins and ends was nothing more than an extensive set constructed at Warner Bros. Studios, Leavesden, located about twenty miles outside of London on Warner Drive in Watford. But the gorgeous scenery captured during the wilderness sequences is very much real and can be found on the Canary Islands of Tenerife and Fuerteventura.

Flash forward several hundred years to Washington, D.C. circa 1984, where an adult Diana (Gal Gadot) is shown keeping the world safe via her superhero alter ego, Wonder Woman. The montage in which Diana rescues various area denizens starts in McPherson Square (which was heavily decked out with 80s signage and props for the shoot), specifically the intersection of I St. and 15th St., where Diana saves the day by kicking a Trans Am out of the path of a brightly-costumed jogger.

For more “Wonder Woman 1984” filming locations, click over to the gallery.