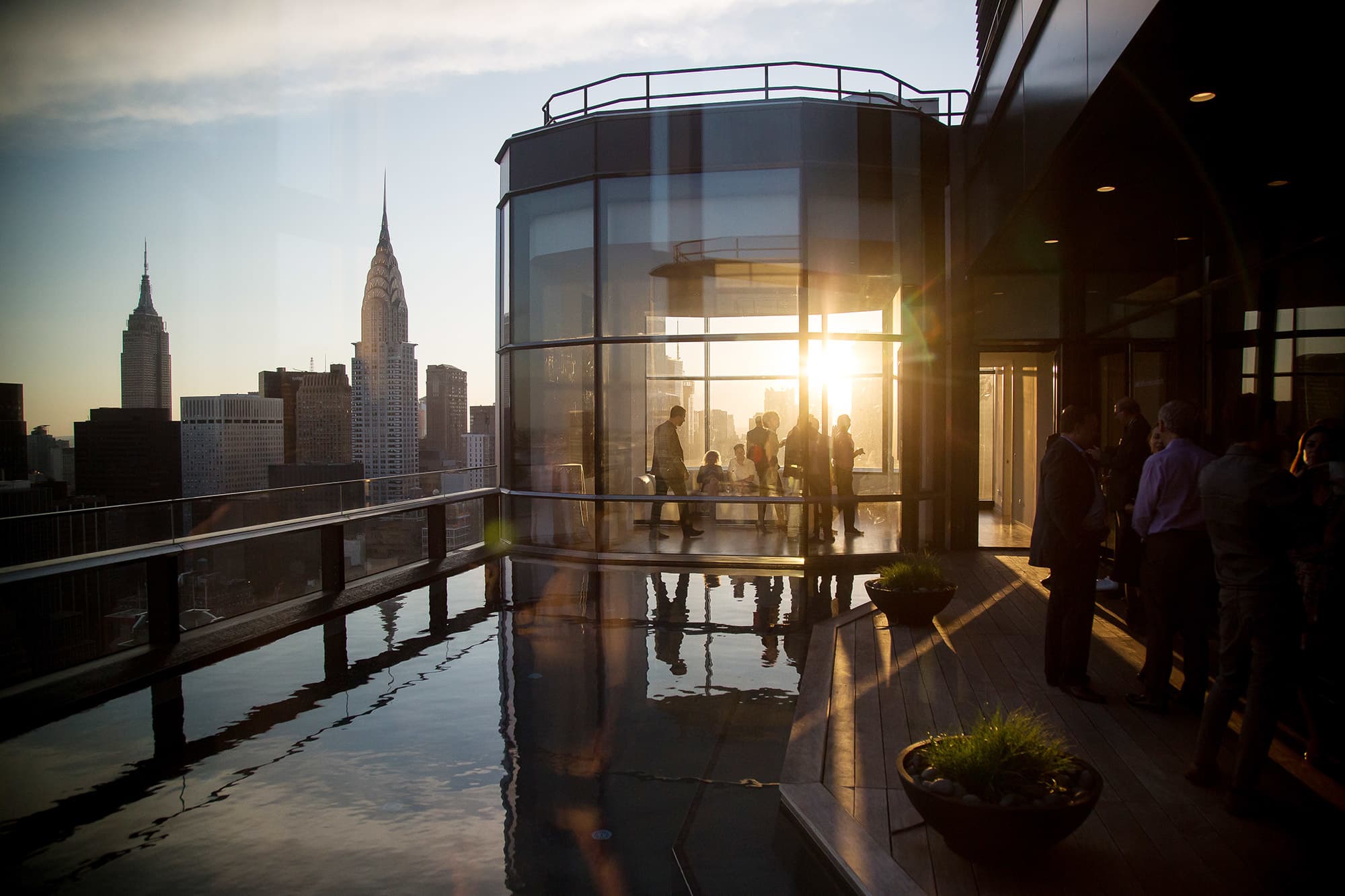 Manhattan real estate prices reached an all-time high in the second quarter, as buyers returned to the city and boosted demand for the largest, most expensive apartments, according to new reports.

The median resale price for Manhattan apartments hit $999,000 in the second quarter — the highest on record, according to a report from Douglas Elliman and Miller Samuel. Average sale prices rose 12% in the quarter, topping $1.9 million.

The price jumps and shrinking inventory suggest that the Manhattan real estate rebound continues to gain momentum, as more families look to trade up to larger apartments and buyers look to take advantage of lower prices and low mortgage rates.

“It’s a sign of the frenzy and intensity of the market,” said Jonathan Miller, CEO of real estate appraisal firm Miller Samuel. “It’s rebounding much faster than most participants expected.”

There were 3,417 sales in the second quarter — a 150% gain from last year, when many New York residents were leaving the city during the pandemic, and Covid restrictions prevented apartments from being shown for much of the quarter. However, the pace was also robust compared with pre-pandemic levels. It was the strongest second quarter since 2007, according to Miller Samuel. Bidding wars were at the highest pace in two and a half years.

The buying spree has led to fewer apartments on the market. Listing inventory fell 27% compared with a year ago, and the supply of homes for sale — at 6.9 months — is now lower than the historical average of about eight to nine months, Miller said.

The strongest growth is at the top of the market — literally. There have been more than 220 penthouses sold in Manhattan so far this year, the strongest on record, according to Corcoran Market Research. That marks a 35% increase from the 164 penthouse contacts signed for the same period in 2019, before the pandemic.

“As the city continues to reopen, penthouses have proven to have the perfect formula of generous square footage and private outdoor space, plus the all the luxury amenities that can only be found in a full-service building,” said Pamela Liebman, president and CEO of Corcoran. “For high net worth individuals, the prospect of making their home in a ‘mansion in the sky’ has never been more irresistible.”

The strength of the high-end market — above $5 million — marks a dramatic turnaround from before the pandemic. An oversupply of high-end apartments and sellers unwilling to lower prices led to a slowdown in the price range before 2020, while the lower end, at $1 million to $2 million, was strong. Now brokers say the top the market is driving much of the growth, since the wealthy have grown even wealthier during the pandemic from rising stock markets and easy monetary policy.

The median sales price for three- and four-bedroom apartments surged by double-digits in the second quarter from the first quarter.

Still, the inventory of luxury apartments remains high — at 13 months, according to Miller Samuel. And since many new development buildings aren’t officially listing all their empty units, for fear of over-saturating the market, the real number is far higher, Miller said.

“You have to account for the ‘inventory management,’ ” he said.

The strength of the penthouse market has also changed the economics of new development. Historically, developers have sold the penthouse after most or all of the other apartments in a building are sold. Holding penthouses for last made them special and created a sense of scarcity to get buyers to pay more. Now, as the wealthy are willing to pay up for more space and outdoor features, developers are selling penthouses earlier — sometimes even as the first sales.

“Developers are getting what they see as a fair price for the penthouses now, so they’re no longer holding them,” Miller said.