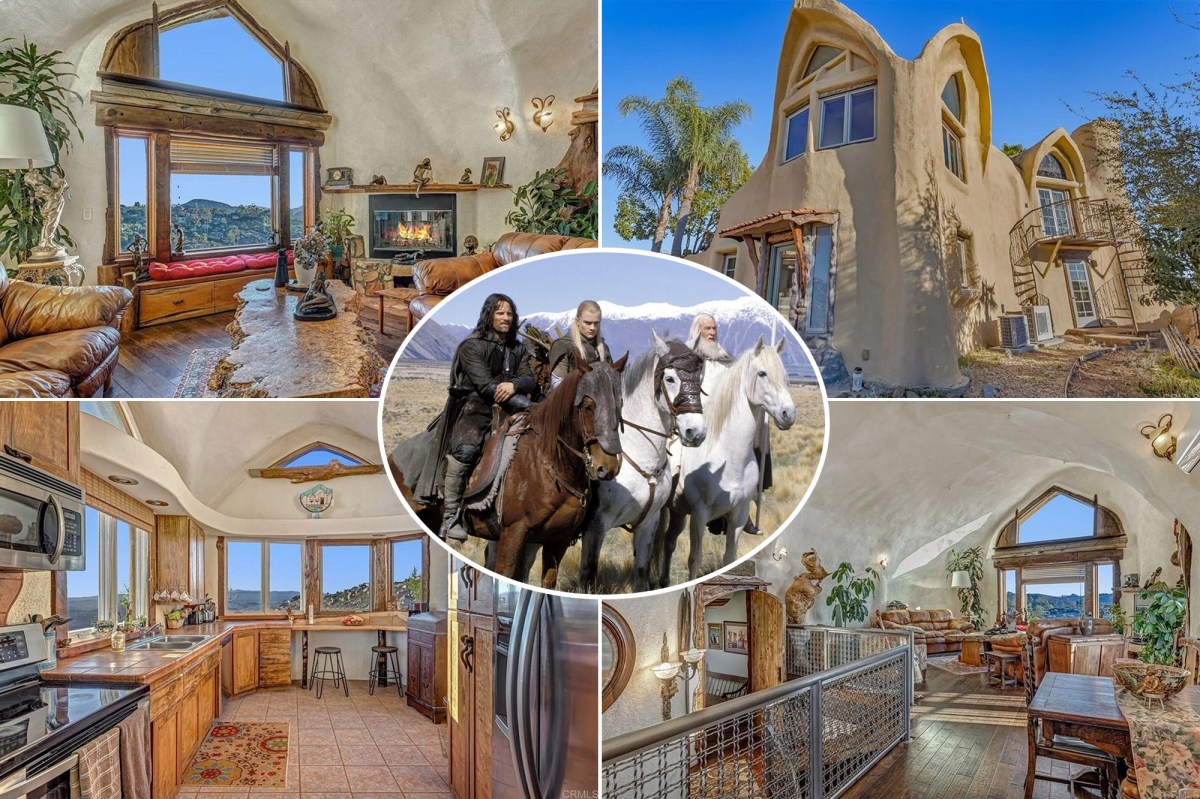 Whomever wanted a taste of “Hobbiton” certainly got it with their purchase of this $1.145 million Escondido, Calif. home.

Situated on almost almost 16 acres of land, the home was designed by award-winning San Diego artist James T. Hubbell. The 89-year-old architect and sculptor’s eccentric creations have long been likened to Hobbit houses from J.R.R. Tolkien’s “Lord of the Rings” books, as well as the Peter Jackson film franchise inspired by the them.

Built in 2005, amid the rock-laden landscape outside Escondido, this particular whimsical, cave-like structure sticks out from the rest of Hubbell’s work.

“This property is art come to life from the architecture down to the art pieces located around the property,” the listing states.

It first hit the market in March for $1.195 million. The price dropped in April with a pending offer shortly thereafter. On June 23, the sale closed.

Standard wood framing typical in most house builds is nowhere to be seen.

Instead, the house consists of 13 Persian arches made of steel pipes. And roof is encased in four inches of concrete and four inches of roof foam, coated in liquid rubber.

Hubbell — who is also a noted visual artist and stained-glass designer — then painted the exterior to match the bronze boulders that surround the property. The founder of the Ilan-Lael Foundation, an arts education orgniaction in Santa Ysabel, California, is best known for designing and building these organic-style structures that are often referred to as Hobbit houses.

Made up of three bedrooms and three bathrooms with a separate guesthouse, the two-story home is located in Hidden Meadows, and comes with access to various community amenities that include a pool, tennis courts and a clubhouse.

Features of the home include a dining gazebo, footbridge, and the living areas open out to several scenic spaces including a patio and rooftop deck.