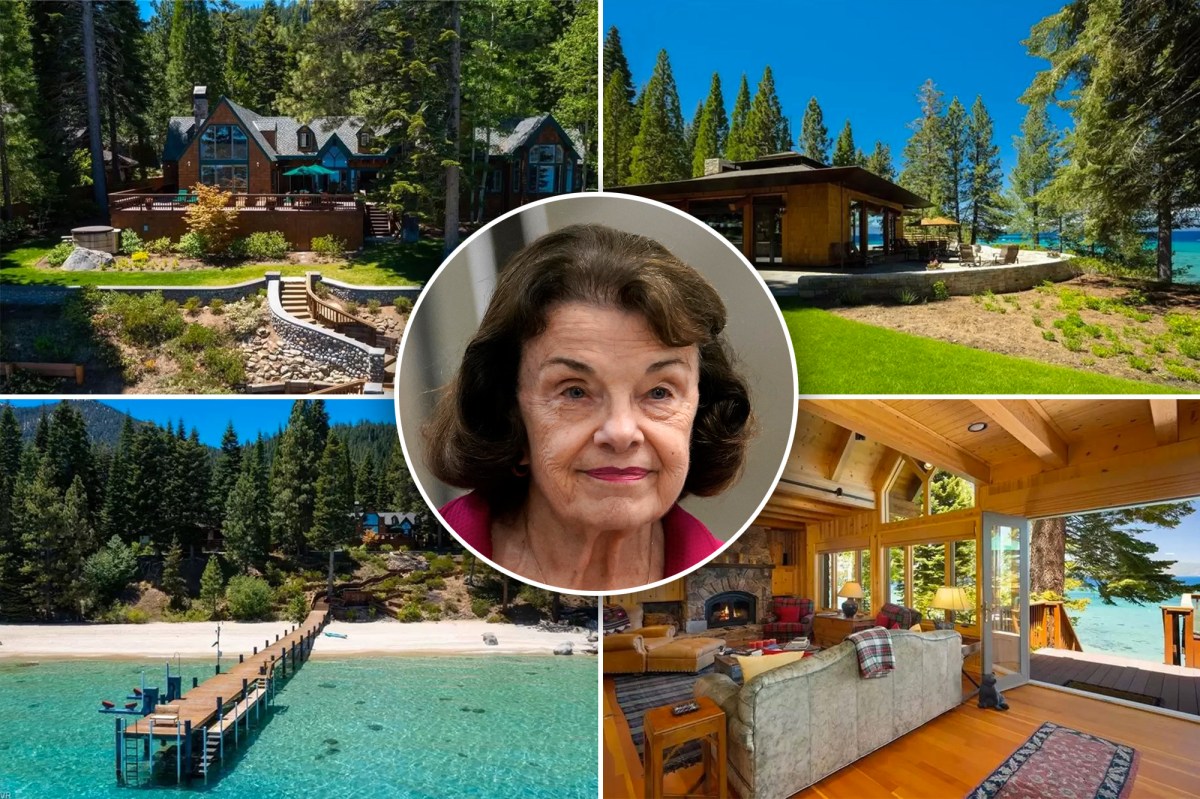 The housing market is hot and it’s looking like Sen. Dianne Feinstein and her banker husband, Richard Blum, are taking advantage of it — listing their Lake Tahoe, California, estate for a whopping $41 million.

In October 2020, the waterfront compound briefly graced the market with a $46 million asking price.

The property is listed under the LLC, Lucky Bluff, which is tied to Blum’s investment management firm, Blum Capital, according to Realtor.

The main house is cabin-style inspired and was built in 1997. It holds six bedrooms and 4.5 bathrooms, offering an open living/dining/kitchen and family room. Outdoor features include an expansive deck, hot tub and stairs down to the pier and beach.

It boasts 278 feet of beach views, along with a 172-foot pier with a boat lift and two buoys.

Other features include a two-car garage and Tesla charger.

The second property, known as the Rubicon Pavilion, was created in 2015 for entertaining and includes a small kitchen and outside BBQ for al fresco dining. Pegged as a 5-star suite, the listing states this structure was designed for “special guests” and influenced by a Buddhist stupa. Floor-to-ceiling glass windows showcase the lake beyond the large stone patio with a fire pit.

The last property, the Carriage House, comes with a tandem four-car garage, EV charger, an upper two-bedroom, two-bath suite apartment and a lower two-bedroom, one-bathroom apartment off the patio, which the listing highlights as “perfect for an onsite caretaker.”

The entire property is being offered “mostly furnished.”

Feinstein, a Democrat, is the nation’s oldest senator, having celebrated her 88th birthday Tuesday. Elected in 1992, she was the first female senator from California.

Following the assassination of San Francisco Mayor George Moscone and fellow supervisor Harvey Milk in 1978, she stepped in as acting mayor while president of the Board of Supervisors. This made her the first female mayor of San Francisco as well, which is a role she would hold until 1988.

Feinstein made headlines in March when she was contacted by the FBI about questionable stock sales her husband made early in the coronavirus pandemic.

She also maintains a residence in the upscale San Francisco neighborhood Pacific Heights, not too far from her colleague, House Speaker Nancy Pelosi.