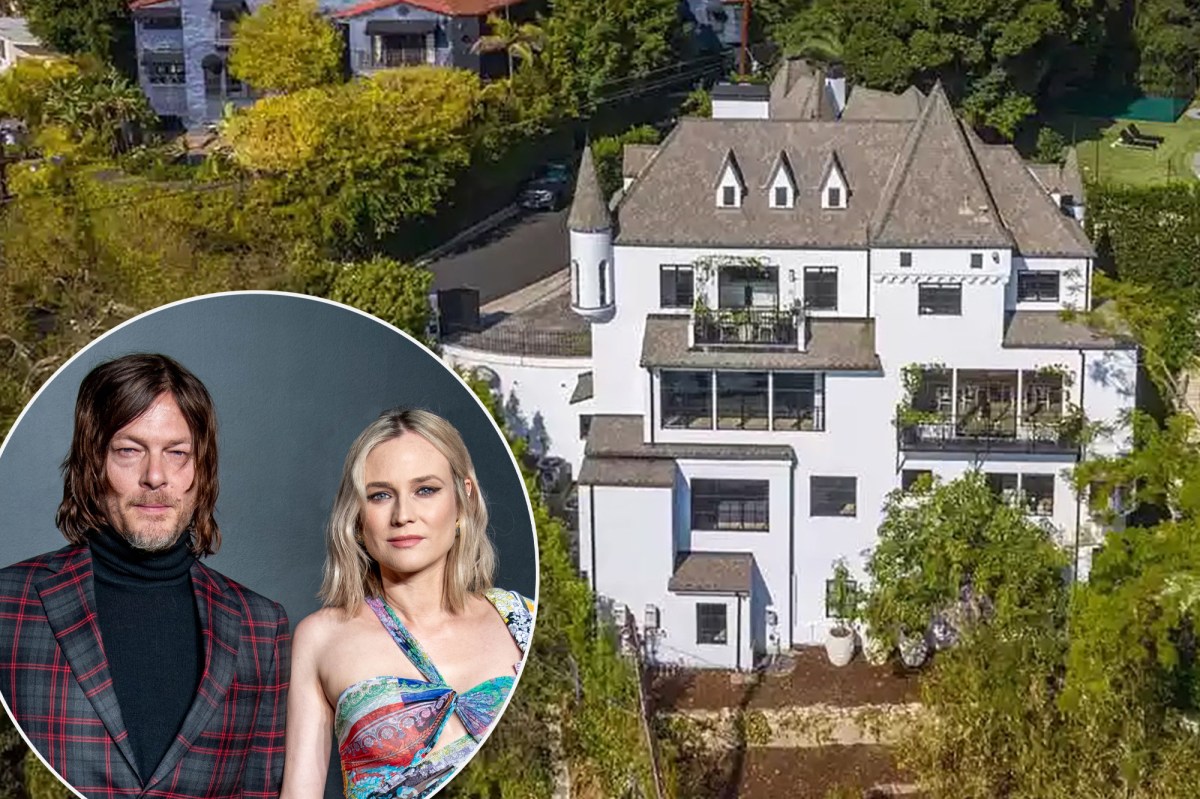 We get it — even a castle can start to feel like a prison after a year in quarantine.

Actors Diane Kruger and Norman Reedus weathered the pandemic in a Los Angeles castle purchased weeks before nationwide lockdowns began. Now they have listed the castle for $9.25 million after owning it for only 15 months, according to People magazine.

The 7,700-square-foot three-story stucco home has four bedrooms, seven bathrooms and a half-acre lot of century-old trees. The slate roofs, multiple terraces and dormer windows give the mansion a castle-like appearance.

“Truly magical and unlike anything else on the market,” reads the property listing by Wolf Amer of the Agency, whose press representative declined to comment on his behalf.

The “Inglourious Basterds” and “Walking Dead” stars purchased the home for $8.5 million on March 3, 2020, just before lockdowns began. It was listed for sale on June 18, according to Realtor.com. The pair have not disclosed why they are listing their mansion for sale.

Approach the castle across a brick motor court, where the black front door is encased in a greenhouse-like structure. The interior has been remodeled for modern tastes, with Schotten & Hansen hardwood floors, natural colors and clean lines.

Inside, arched windows shed light at the bottom of the winding staircase with its original 1920s railing, designers said. Instagram photos show that the couple’s cat, named Eye in the Dark, likes to bathe in the light on one level of the staircase, where the couple had placed a low yellow miniature sofa.

To the left is an open living and dining room with wood floors and a floor-to-ceiling black stone fireplace. The dining room is a step up, where glass doors open onto a balcony, photos show.

The Boffi kitchen has a white tile backsplash, double ovens and stovetops, an island with dual golden sinks and marble countertops. Beyond the kitchen is a breakfast nook, photos show.

Kruger posted strawberries, carrots, dill, artichokes and other produce on her Carrara marble kitchen counter with the caption, “Abundance of riches from the garden,” presumably referring to the castle’s terraced garden.

A pantry-bar area has storage for 80 bottles, a sink, hanging glass storage and a wine refrigerator.

The small room has red wallpaper with zebras — the same pattern Wes Anderson acquired from an Upper East Side restaurant for his 2001 film, “The Royal Tenenbaums.” This nod to the film appears to have been installed by previous owners, pre-Kruger photos of the house show.

The home also has a screening room, a music studio, a gym and an arcade room with “The Defender” and “Big Buck” games, photos show.

Outside, the 0.4-acre lot has a saltwater pool, a spa, a patio, a basketball court and an outdoor pizza oven, in addition to the terraced garden where Kruger may have harvested the produce shown in her Instagram posts. 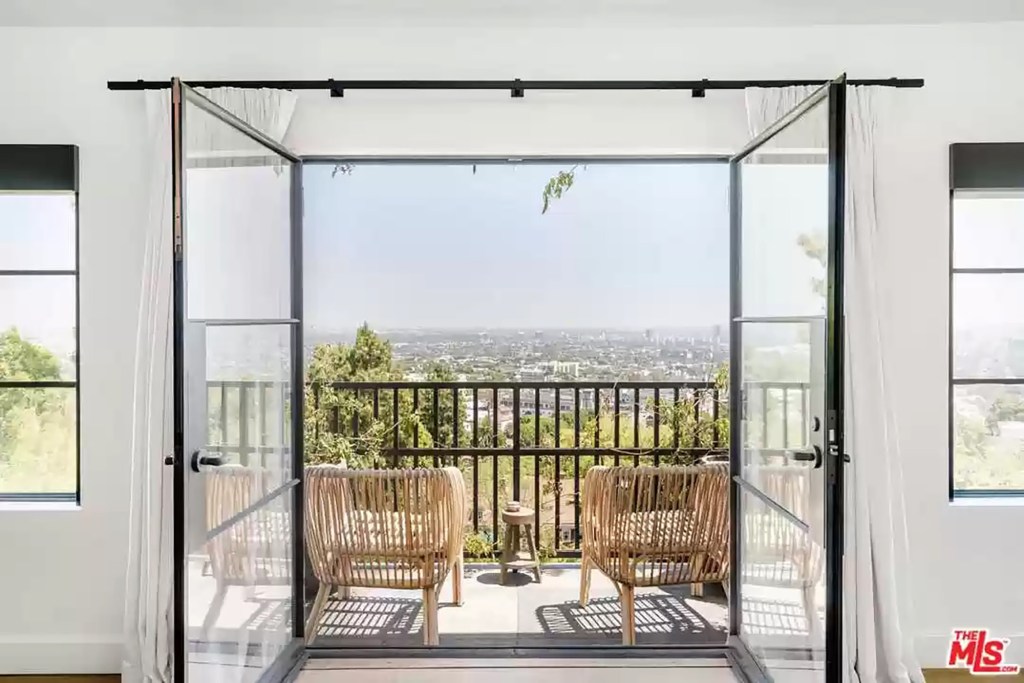 A balcony through glass doors looks over vast views. 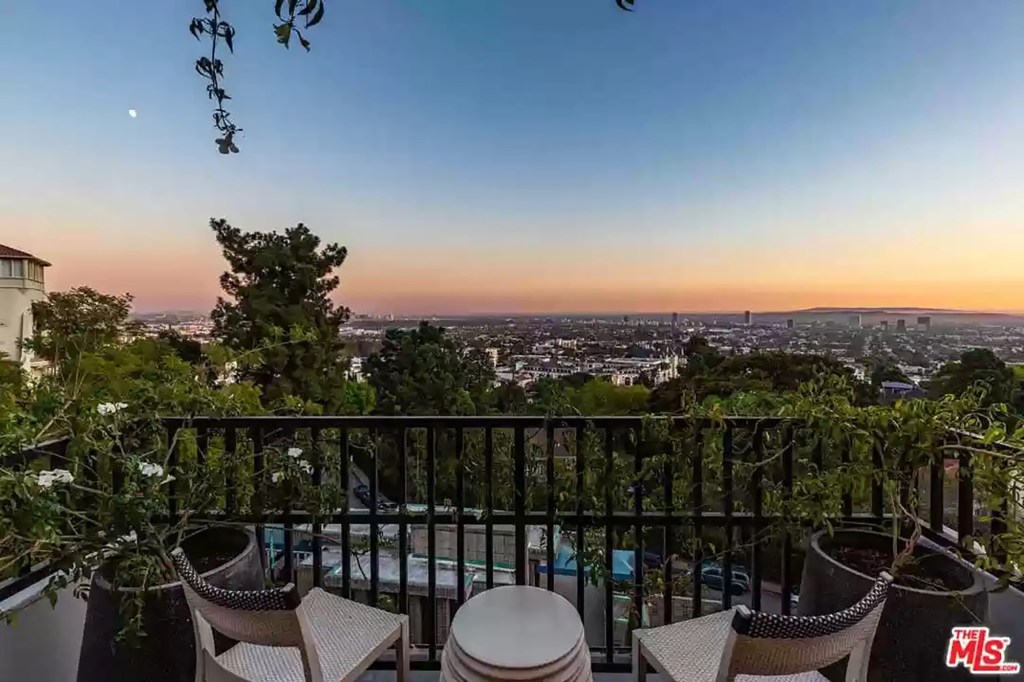 Former President Donald Trump lambasted the politicization of the Department…

The castle was commissioned in 1926 by a “Mrs. C.R. Wallace” and built by architect Robert J. Ellis, according to permit records. Over the next decade and a half, the home would be maintained by housekeepers and maids, historic Los Angeles phone books digitized by the Los Angeles Public Library show.

The only known C.R. Wallace of the period was silent-film writer, editor and director C.R. Wallace, who shaped early classics including “A Connecticut Yankee in King Arthur’s Court” and “The Romance of Tarzan.” Owners over the next 75 years could not be identified.

Designers Robert and Cortney Novogratz purchased the mansion for $3.725 million in 2015 and refurbished it, incorporating original elements with an open, modern floorplan. 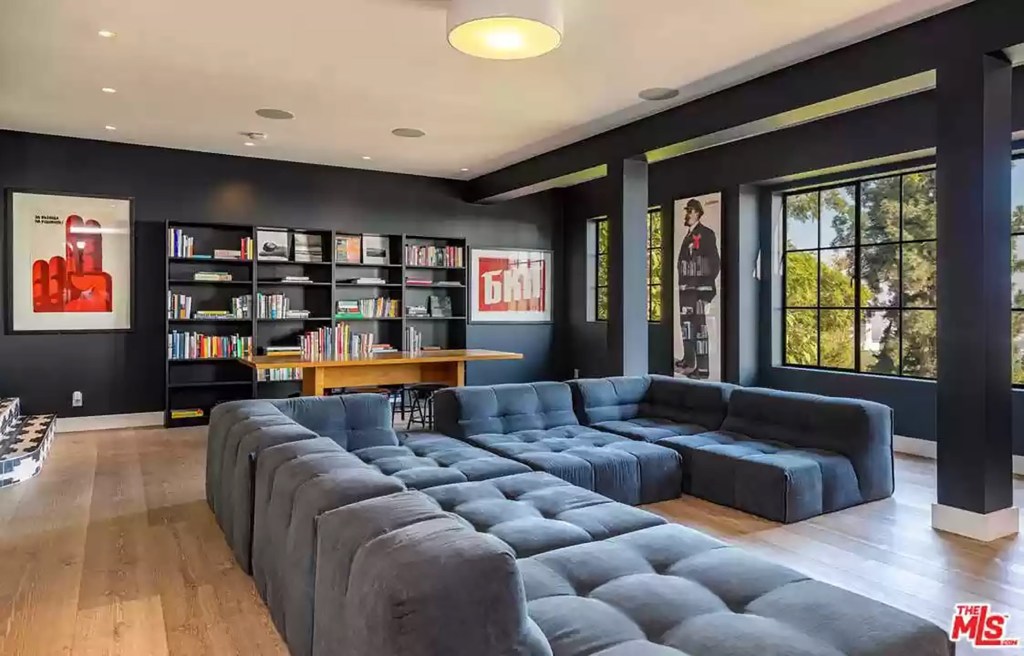 A dark den area is pictured in this photo. 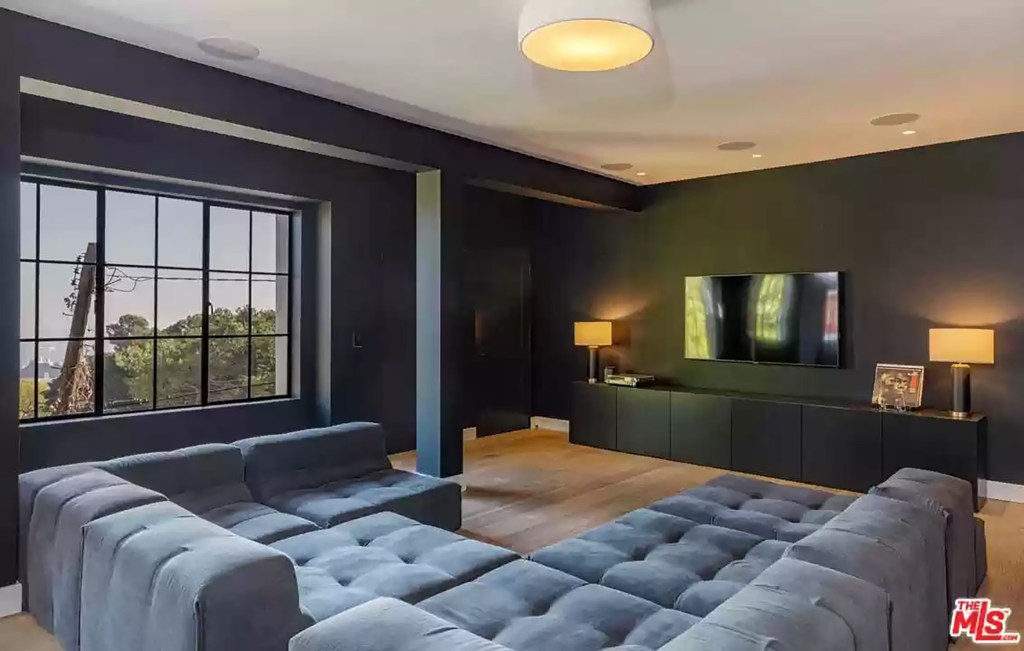 The den has a large, comfortable-looking sectional.

Former President Donald Trump lambasted the politicization of the Department…

They sold the home to the founder of video-game developer Undead Labs, Jeff Strain, and wife Annie for $12.9 million in 2018, just after Strain sold his company to Microsoft for an undisclosed amount, Variety reported.

The Strains sold the home to the anonymous holding group Howdy Captain Trust in March 2020. The Post could not independently verify that the trust is associated with Reedus and Kruger, though Instagram photos show the couple inhabited the house during the coronavirus pandemic.

The 44-year-old “National Treasure” actress and her 52-year-old partner, who is slated to receive a Hollywood Walk of Fame star in 2022, met on the set of “Sky” in 2015 and had a daughter together in 2018. Reedus and Kruger were spotted earlier this year on a romantic outing in Malibu.

Kruger is also known for her roles in the 2004 film “Troy” with Brad Pitt and Saffron Burrows, 2011’s “Unknown” with Liam Neeson and January Jones, the 2013-14 series “The Bridge” and the 2019 film “The Operative.” She was previously romantically tied to “Dawson’s Creek” actor Joshua Jackson.

Reedus also has a 21-year-old son named Mingus Lucien Reedus with his ex Helena Christensen. Reedus has acted in the web series “Helluva Boss” and the longtime television show “The Walking Dead” as Daryl Dixon alongside Kruger pal Lauren Cohan, who plays Maggie Green in the series.

Reedus’ net worth is unknown, but he was paid a reported $80,000 per episode, according to Forbes.

Wait, is China about to go to war with Taiwan? Are they crazy | Redacted with Clayton Morris
Real estate CEO on housing market: ‘I’m concerned for all the first-time buyers’
Reverse Mortgage Real Estate Investing
Why Everyone HATES Real Estate Agents
What the GOP taking control of the House means