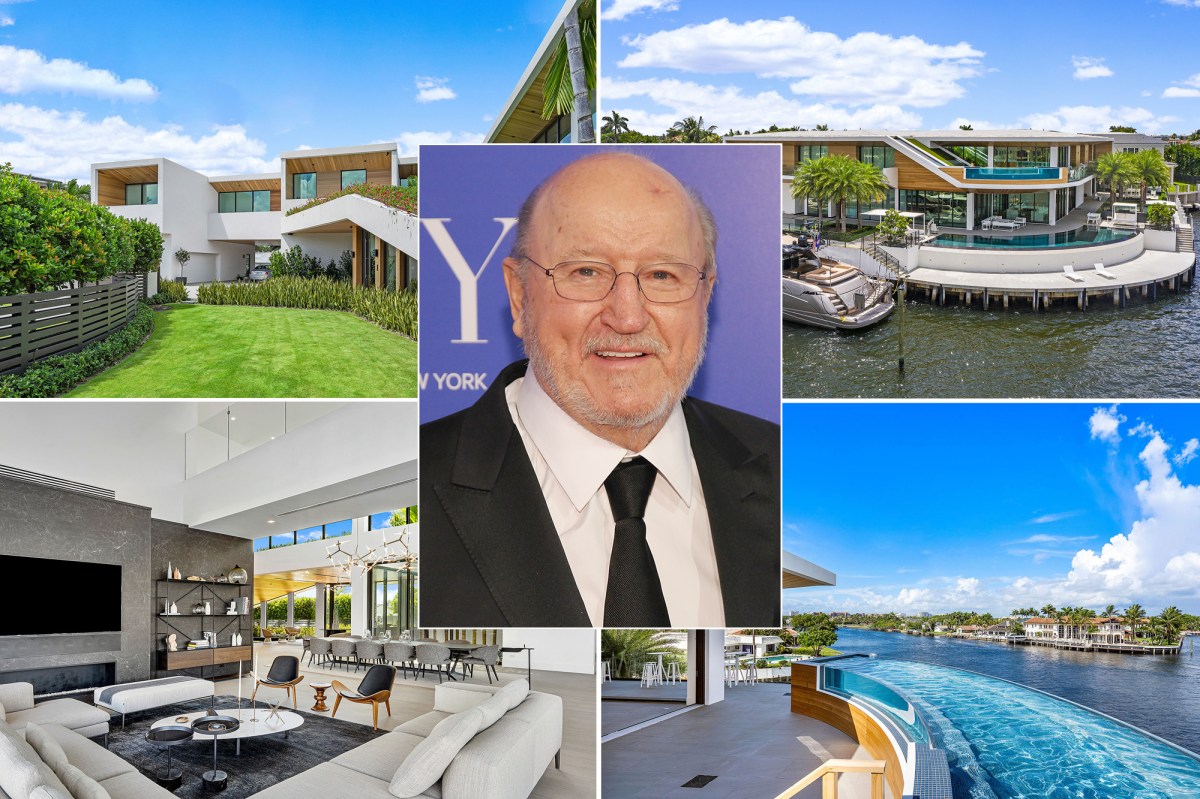 The opulent Florida estate of late shoe mogul Bob Campbell has sold for a whopping $19.9 million, The Post has learned.

With nine bedrooms and 14 bathrooms, the home is packed with dreamy luxury amenities, including four infinity pools, a plunge pool, a private dock, an upstairs bar, a green roof and even a waterfall.

The price of the fully furnished property marks the largest sale for a single-family home in the Boca Raton neighborhood yet.

The deal was represented by Oren Alexander of Douglas Elliman, who handled both sides of the transaction.

Spanning nearly 13,000 square feet, the contemporary residence was built in 2019 and is situated on an oversized Intracoastal Waterway lot that offers 343 feet of water frontage.

Soaring walls of glass open the living spaces to vast vistas, while each bedroom, including the master suite, opens directly to outdoor space, according to the listing.

Campbell was known to be the man behind the 2000s craze of the kids’ wheeled shoe, “Heelys.”

He is also credited with pioneering the ’90s invention of lighted kids’ shoes, which remain a staple for children today. The resulting LA Lights franchise took the sneaker scene by storm, with 10 million pairs sold in the first year alone.