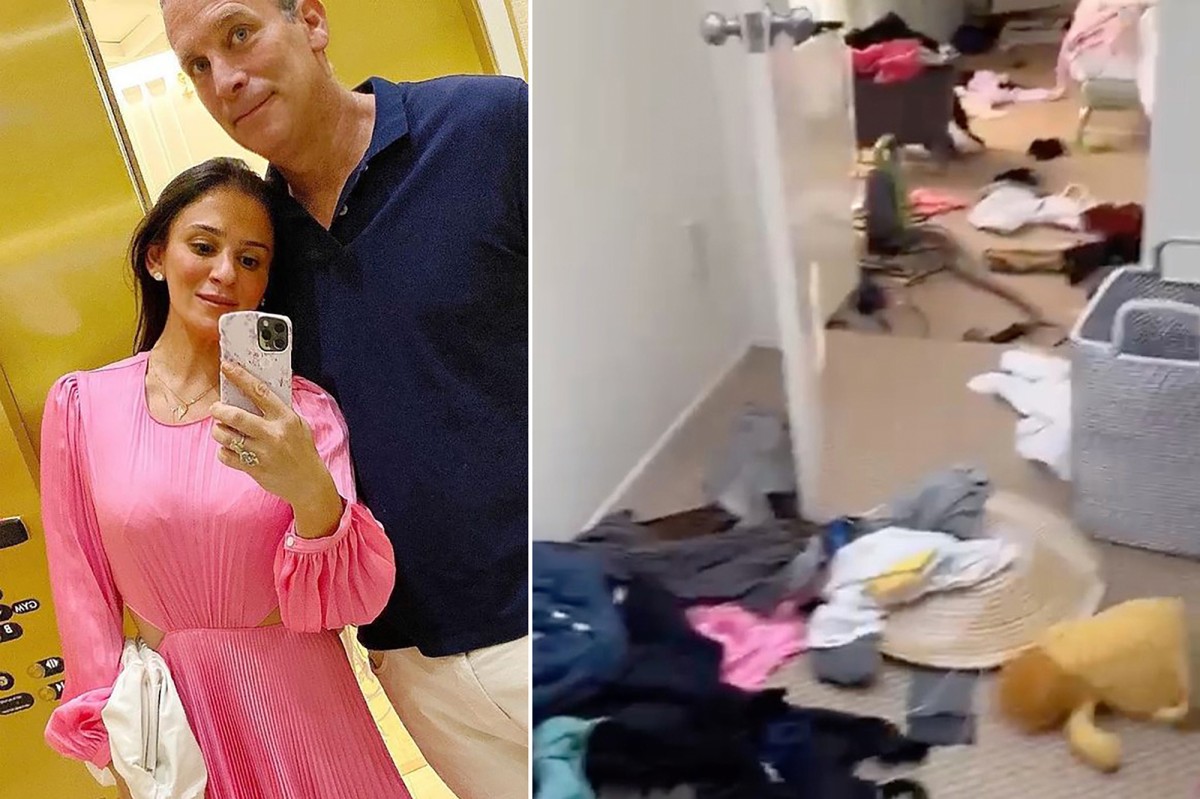 A Cantor Fitzgerald exec’s wife tearfully denied allegations that her family was exploiting pandemic-related protections to avoid eviction from a $5 million Hamptons mansion, according to a report Friday.

“I’m not squatting, I’m just trying to keep my kids with a roof over their heads,” Stephanie Pion, 39, told the Daily Mail in the driveway of the Water Mill home.

The Post revealed Tuesday that Pion and hubby Paul Pion were being sued for refusing to vacate the premises after their $10,000-a-month lease expired on May 31, even though they allegedly have an apartment in Manhattan.

A source familiar with the matter also likened the situation inside to “an episode of ‘Hoarders’” — the reality TV show about people who obsessively fill their homes with possessions — and court papers describe an appraiser as saying that “the house was a mess, and the occupant was crazy.”

Stephanie told the Mail, “There’s no to truth to what they say.”

“I don’t have a city apartment. I’m not a billionaire, or whatever they make me out to be,” she said.

“The house is a very clean house. But I’m a normal person.”

Undated photos of the “Bauhaus-inspired” home’s interior obtained by the Mail show it neat and clean, but with different furniture and decorations than seen in a current listing on the Corcoran website.

A video obtained by The Post shows the interior cluttered with mounds of clothing piled up on furniture and strewn around the floor, and a hallway partially blocked by a rolling clothes rack.

A source who’s been inside the home added: “The place was full of crap. I couldn’t even walk through the garage — it was full of s–t. There were piles of clothes everywhere in everywhere room all over the floor.”

“This was a $5 million house — not a little Cape Cod. It was really weird,” the source added

Stephanie Pion told the Mail that she and Paul, described in court papers as Cantor’s “ultra-wealthy” senior managing partner and chief administrative officer, considered buying the place from owner Damian Krause but that the deal fell through.

“He wanted to do it, an exchange, and I said, being a nice person, ‘OK, no problem.’ And then he didn’t put a penny into it,” she claimed.

Stephanie added: “All I’m asking for is a little more time. Because I need to find a place.”

Last month, the state legislature extended through Aug. 31 a moratorium on the eviction of tenants who claim a financial or medical hardship caused by the COVID-19 crisis.

The Suffolk Supreme Court suit filed against the Pions by Krause Estates LLC seeks a court order for their “immediate removal” on grounds that they don’t qualify for the protection.

It also seeks unspecified damages for their “objectionable course of conduct,” which allegedly includes “misuse and overuse of the household systems and lack of routine maintenance.”

A deal to sell the house for $4.97 million was supposed to have closed on Tuesday, the suit says.

The prospective buyer, commercial real estate banker Aaron Appel, told the Mail, “This is not my fight.”

“I have a contract with the owner,” he said.

“The owner has to deliver vacant possession of the house. That’s for them to work out.”

Krause told The Post that the Pion’s were taking advantage of her.

“Everything she said is a lie,” she said about Stephanie Pion. “I gave them the option to buy the house. I put everything new in there whenever she complained, like a new oven… I feel terribly victimized.”

It’s only WEEKS away and it might be worse than the Great Recession | Redacted with Clayton Morris
Wait, is China about to go to war with Taiwan? Are they crazy | Redacted with Clayton Morris
Flipping Houses Virtually – How I Rehab Houses WITHOUT Ever Seeing Them!
Real Estate Investing Strategies | Adding Additional Units to Single Family Home
Realtors are BROKE and Quitting in Record Numbers (Housing Market)