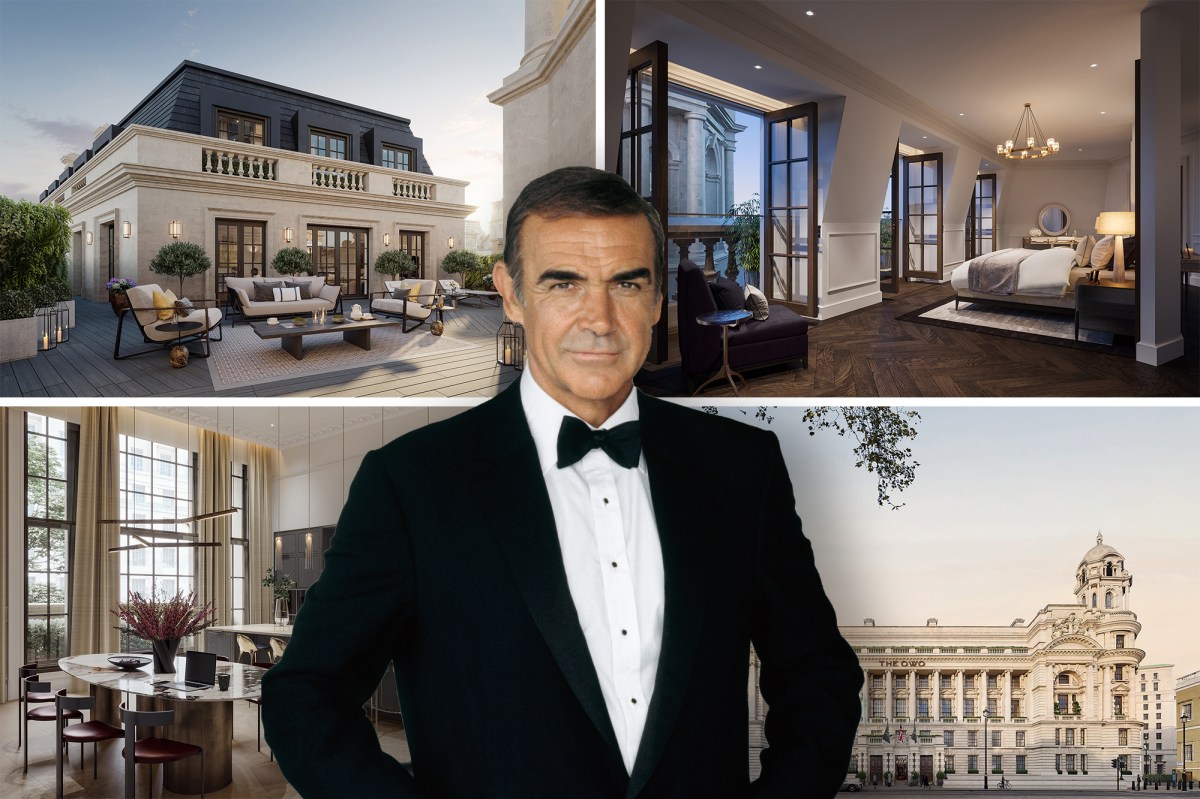 One of Britain’s most important historic structures, the palatial Old War Office in London where James Bond was dreamed up by Ian Fleming and various Bond movies were filmed, can now be yours.

For the first time in over a century, the 1906 UK landmark is undergoing a massive five-year transformation. It will be turned into a Raffles hotel along with 85 grandiose residences that start at $8.1 million, according to a press release.

The celebrated building was the setting where Fleming worked and thought up the slick private eye after his time with Britain’s Naval Intelligence Department.

But the impressive history this structure has doesn’t stop there. It also happens to be where Winston Churchill commanded the armed forces and spies, where secretaries of state walked secret tunnels and where the German bombs landed during WWII.

Most recently, the British drama and award-winning series, “The Crown,” was filmed there as well.

Now dubbed the OWO Residences by Raffles, the historic building is set to be completed in 2022 and open to the public after 125 years of being closed down and used only for private occasions.

It is also a short stroll from Buckingham Palace, sitting adjacent to the 57-acre St. James’s Park.

Located in the heart of London’s Whitehall neighborhood, the Old War Office is across the street from The Queen’s horse guards and steps from 10 Downing St. It’s surrounded by grade II listed properties that once housed monarchs such as King Henry VIII and was home to the original Palace of Whitehall. Grade II properties in London are considered special buildings that warrant every effort of preservation.

Pegged as “an unprecedented opportunity” that is set to create an “unparalleled lifestyle” for the site’s first generation of residents, the luxury building comes with several perks. It includes nine different restaurants and bars and an immersive spa.

Each residence is designed differently and tailored to suit its location in the building. Designed by Studio 1508 London, kitchens are handcrafted from the British brand Smallbone of Devizes and include onyx marble. The residences each have oak paneling and mosaic flooring.

Duplex, lateral and penthouse residences range in size from studios to five-bedrooms. In addition, two turret residences, elevated above the London skyline, boast panoramic views of the city.

The building itself was initially completed in 1906 by British architect William Young.

Renting Vs Buying A Home In 2022 (What They Don’t Tell You)
China buying farmland in the United States #shorts
North Korea issues a major warning and we should all pay attention | Redacted with Clayton Morris
TikToker slams ‘scam’ Hamptons: $15K tables, long lines, clogged roads, spotty cell service
I Flip Houses for a profit Without Buying Or Fixing It Up