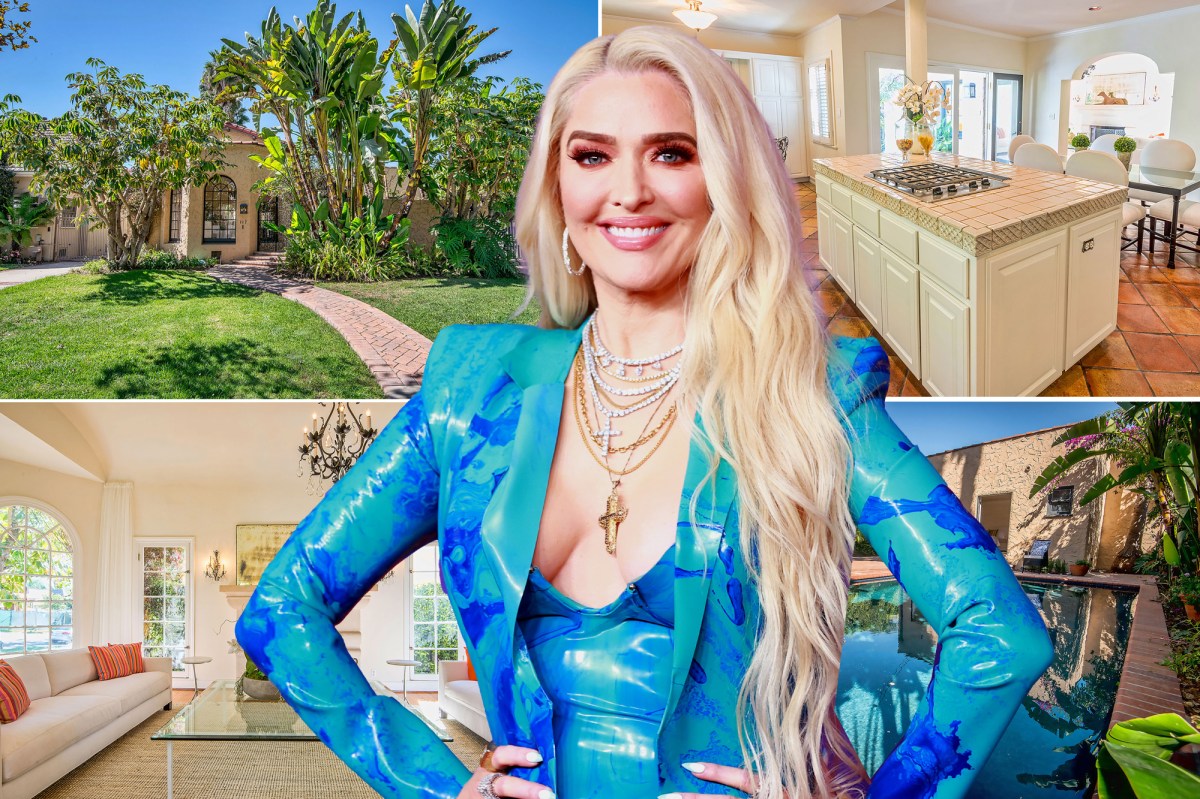 Blondes usually have more fun, unless you’re Erika Jayne and have to downgrade from a 10,200-square-foot mansion to a 2,100-square-foot home.

Amid the release of the salacious Hulu documentary, “The Housewife and the Hustler,” which details “The Real Housewives of Beverly Hills” star’s legal troubles, many fans have wondered about her current living situation after being forced to leave her lux lifestyle behind.

Jayne, 49, divorced her husband of 20 years, Thomas Girardi, after he was accused of misappropriating at least $2 million in client funds, and moved out shortly thereafter.

Last month, Girardi, 82, was forced to put up the $13 million five-bedroom, nine-bathroom estate for sale amid his Chapter 7 bankruptcy case.

Once the mansion goes under contract, Girardi will have 20 days to move out, according to the bankruptcy deal cited in court documents.

Meanwhile, Jayne is already finding herself alone and in a fairly modest rental from what she’s used to — estimated today to be worth $2.2 million and rents for $7,500 per month, according to Zillow — about five miles outside of glitzy Beverly Hills.

The three-bedroom and three-bath home is a far cry from her old Pasadena pad that featured an expansive master closet, dual dressing areas, a salon and a bathtub enveloped in silk walls.

Instead, it’s a simpler home, without a walk-in closet to house Jayne’s extensive wardrobe.

Features of the single-story Spanish colonial home include a pool and spa, a grand living room with soaring ceilings and a front inner courtyard with mature palm trees that opens to the living and dining rooms.

In the most recent turn of events, the same day the documentary was released, Jayne was dropped by her lawyers in the bankruptcy case.

“The relationship of trust and confidence that is essential to a properly functioning attorney-client relationship has broken down and, in the good faith assessment of counsel, the relationship is irreparable,” Dinsmore & Shohl LLP noted in court documents obtained by Page Six.

Law360 features reporter Brandon Lowrey explained in the documentary, “[Tom and Erika are] together in these bankruptcy proceedings. A lot of these debts that they owe in bankruptcy proceedings, [they] owe together, possibly. It’s going to be hard for her to say she didn’t know that anything was going on.”

Real Estate Tech: A Crumbling House of Cards
Renting Vs Buying A Home In 2022 (What They Don’t Tell You)
The WEF is hoping you WON’T notice what they are doing after Davos | Redacted with Clayton Morris
How To Finance Fix And Flip
Inside Hugh Jackman’s $22.1M insanely luxurious NYC penthouse