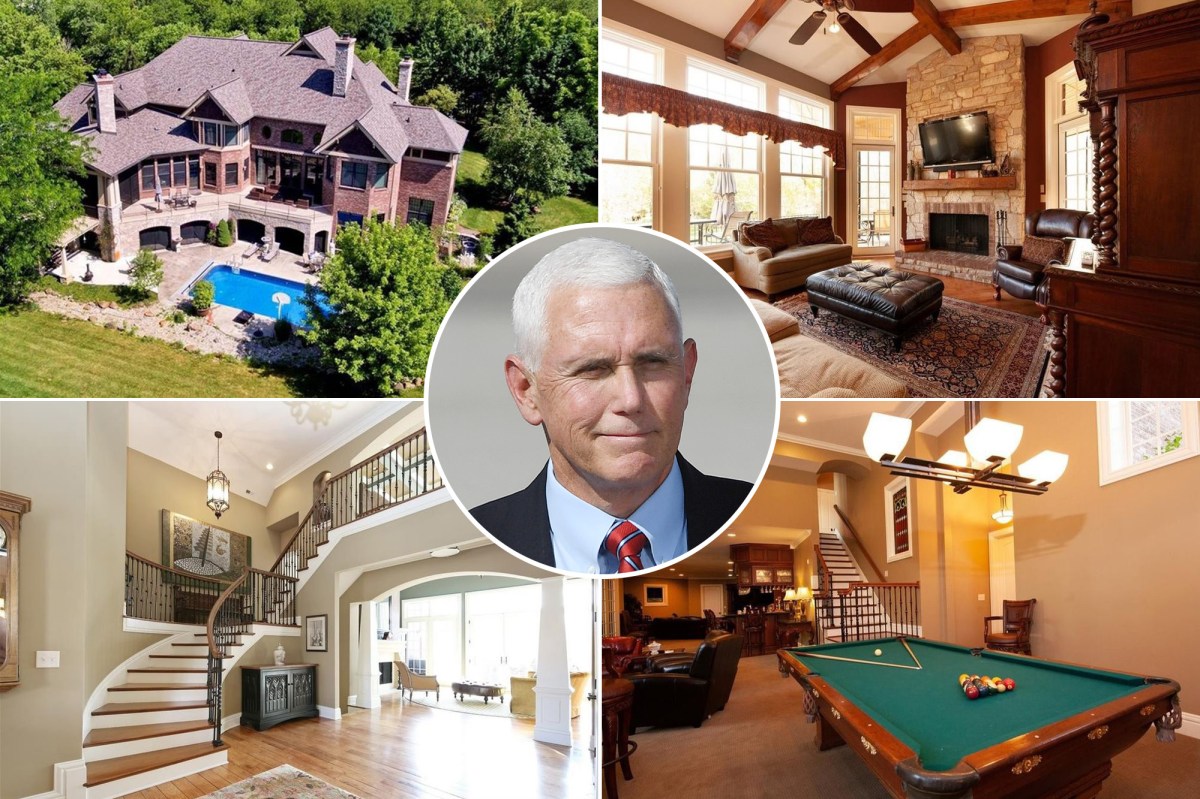 Former Vice President Mike Pence and his wife Karen have put their Washington DC days behind them and are now living in a $1.93 million Indiana home they purchased last month.

Property records reveal that Pence, 62, bought a seven-bedroom, 7½-bathroom house in the upscale location of Carmel — known as the luxury pinnacle in his state of Indiana.

And it appears he offered more than the asking price, as it was initially listed for $1.8 million.

The home was first listed on April 1 and the former VP placed an offer a week later. The sale closed on May 25.

Spanning a massive 10,300 square feet, the estate sits on five acres of land and comes with all the amenities your heart desires.

Built in 2008, the home offers a fitness room, an indoor basketball court, a handcrafted bar, a media room, a study, and several living spaces throughout.

Outdoor features include a dock looking out onto a large pond, an in-ground pool and an expansive screened porch.

Since leaving office, Pence has remained under the radar following a contentious election which increased tensions with Donald Trump, according to insiders.

On June 3, Pence revealed that he spoke with former President Trump “many times” since Jan. 6. Although he admitted to not seeing “eye to eye” on that day, he said that Republicans “must move forward united.”

In April, during his first public address since leaving the Trump administration, Pence hinted at a potential run for a political office in 2024.

The Indy Star was the first to report details of the new residence.