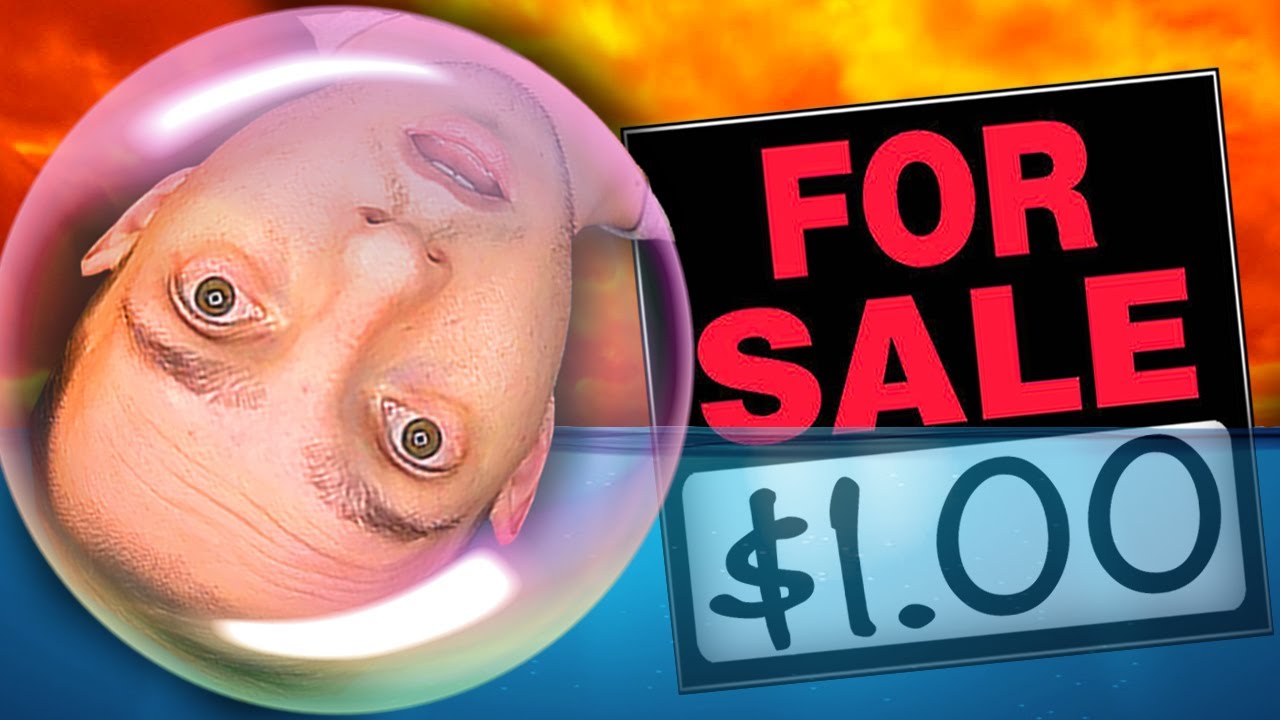 GET YOUR FREE STOCK WORTH UP TO $70 ON PUBLIC & SEE MY STOCK TRADES – USE CODE GRAHAM: http://www.public.com/graham

The YouTube Creator Academy:
Learn EXACTLY how to get your first 1000 subscribers on YouTube, rank videos on the front page of searches, grow your following, and turn that into another income source: https://bit.ly/2STxofv $100 OFF WITH CODE 100OFF

1. It has been hard to convey, through anecdotes or data, how bizarre the U.S. housing market has become. For example, a Bethesda, Maryland homebuyer working with REDFIN included, in her written offer, a pledge to name her first-born child after the seller. She lost.

2. There are now more Realtors than listings.

4. In two of America’s largest cities, inventory has increased, in New York by 28%, in San Francisco by 77%. San Francisco hasn’t had an inventory increase this large since 2008. And still in both markets, prices are increasing.

7. 63% reported having bid on a home they hadn’t seen in person.

8. In an April survey of 600 Redfin users who had relocated in the past year, about two thirds of the people who moved got a house the same size or bigger, but about the same proportion, two thirds, spent the same or *less* on housing.

9. Even though most of the people who moved got a bigger home, 78% reported having the same or more disposable income after their move. Idaho home prices could triple and still seem affordable to a Californian.

12. Lenders are calling employers to confirm that the homebuyer will have permission to work remotely when the pandemic ends. Rates are lower for loans on primary residences, and the lender also wants to make sure the borrower actually plans to work after getting the loan.

13. The average housing budget for out-of-towners moving to Nashville was $720K, ~50% higher than locals’ $485K budget. It used to be coastal elites who worried that every adult in the family had to win a career lottery, just to afford a home. Now that feeling may spread.

14. It’s not just income that’s k-shaped, but mobility. 90% of people earning $100,000+ per year expect to be able to work virtually, compared to 10% of those earning $40,000 or less per year. The folks who need low-cost housing the most have the least flexibility to move.

15. We have more room to grow than we ever imagined. We just have to make sure that benefits everyone.

The way I see this, there’s nothing here that points to this being permanent – and, even though it might take some time to “normalize” – I believe, at some point, more inventory will come on the market and more homes will be built. Sure, housing could continue to go up in the mean time…but, until then, the best you can do is stay educated about the market, continue living below your means, save and invest as much money as possible, and when the right house comes along – go for it.

For business or one-on-one real estate investing/real estate agent consulting inquiries, you can reach me at GrahamStephanBusiness@gmail.com

*Some of the links and other products that appear on this video are from companies which Graham Stephan will earn an affiliate commission or referral bonus. Graham Stephan is part of an affiliate network and receives compensation for sending traffic to partner sites. The content in this video is accurate as of the posting date. Some of the offers mentioned may no longer be available. This is not investment advice. Public Offer valid for U.S. residents 18+ and subject to account approval. There may be other fees associated with trading. See Public.com/disclosures/