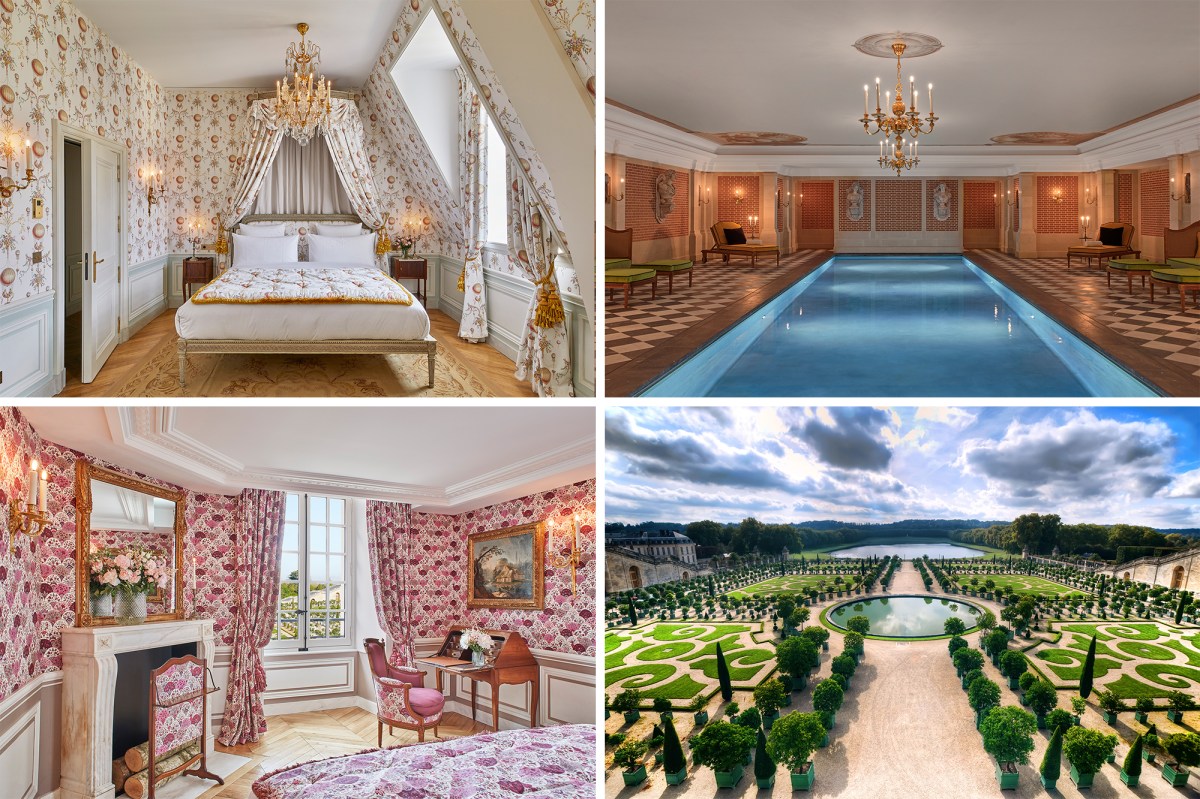 For the first time in its 387-year history, you can now sleep like royalty at the Palace of Versailles, which opened its first-ever hotel on June 1.

Known as Le Grand Contrôle, the hotel features 14 rooms and suites and one signature suite, all designed by architect Christophe Tollemer. The interior is inspired by the late 18th-century opulence of Marie Antoinette and Louis XVI.

Guests will have full access to the grounds of what the French refer to as the Château de Versailles and its surrounding areas, including spaces usually closed to visitors.

Guests will also be able to enjoy dinner prepared by Michelin-starred French chef Alain Ducasse, do some serious R&R at the spa and take a dip in the indoor swimming pool.

But as expected, it doesn’t come cheap.

You will have to shell out about $2,000 per night to stay at the national landmark. But, the cost does include a personal butler and private tours of the palace and its grounds.

Renée Kemps, who has made a name for herself photographing famous sites, had the opportunity to shoot the hotel.

“It is so exciting,” Kemps told The Post.  “Airelles Le Grand Contrôle is a magical place.”

How To Find The BEST Real Estate INVESTMENT Deals | E3
The 2023 Housing Market Will Be Bad | PREPARE
Unsettling News for the US Housing Market: Huge Fallout
My real estate investing strategy for 2023
Parents live on roof, braving cold and rain, to raise money for neighbors