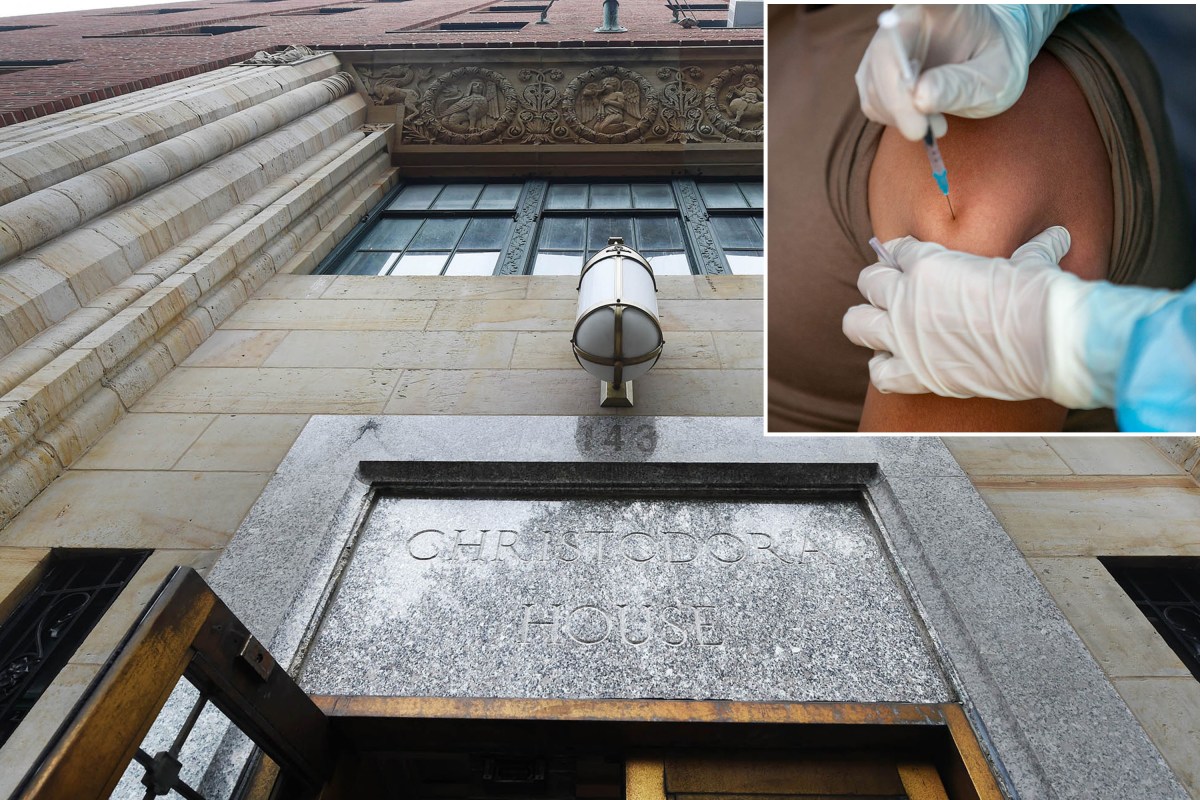 The shot has hit the fan in a downtown apartment building.

Two employees of the Christodora House — an 83-unit condominium near Tompkins Square Park that was once home to rocker Iggy Pop and actor Vincent D’Onofrio — stand to lose their jobs for not getting the COVID-19 vaccine. And it’s prompted a war of words between residents in the building, where a 946-square-foot two-bedroom is going for $1.19 million.

The apartment building’s board has informed a porter and doorman that they have until June 15 to receive at least one dose, or they will be let go.

“The Board respects your decision,” read the letter, which was seen by The Post. “However, we hope you will understand that your choice is not compatible with the Board’s responsibility to provide the safest possible environment for all Christodora House staff members and residents.”

New guidance issued by the Equal Employment Opportunity Commission at the end of May stated that, under federal law, employers are allowed to require workers to get a COVID-19 vaccine.

“I never told them that I don’t want to get it — I just said ‘not now,’ ” said Brandon of the vaccine. The 33-year-old porter, who declined to give his last name, fears the vaccine could trigger a flare-up of pre-existing health conditions, especially as he does not have health insurance.

The board letter added that unvaccinated employees cannot work in the building after June 15, and that the board will offer a two-week severance package and a letter of recommendation.

The board also offered both men $1,000 if they would get the shot. But Jesus, a doorman who asked that his name not be used out of future employment concerns, said the bonus only makes him more hesitant. The 30-year-old said his issues revolve around how the vaccines became available “fairly fast” with incentives such as “‘We’re giving you free Mets tickets, French fries, Ubers,’ ” he said. “It doesn’t sit well with me.”

Some Christodora residents are defending the workers’ decision, with sources telling The Post that a petition to prevent them from being fired has been circulated but not presented to the board. As seen by The Post, the petition had 13 signatures out of more than 200 tenants. No residents are required to get jabbed.

The petition made its way to all 16 floors of the building, as well as the lobby, eliciting comments from pro-vaccine residents who wrote their own opinions on the margins of each page.

“They need to get vaxxed to keep us all safe!” wrote one anonymous commenter. Another scrawled: “Save Lives Get Vaxxed! Many more would be dead if we hadn’t vaxxed.”

“Non vaccinated people endanger the children in this [building],” wrote one resident — prompting a neighbor to write, “Then share your degree in epidemiology because this is only your opinion!”

The two are the lone holdouts among the nine staffers at the building. They began receiving correspondence from the board and property management in March.

“I feel like my human rights are being violated,” said Jesus, who started his job in February 2020 and has a 5-year-old son. He added, “I gave you my best self [at the height of the pandemic] and I did everything I was required … I did all the dirty work and now when it’s smooth sailing, you want to kick me out.”

“Why do I have to get vaccinated to make you feel good?” said Jesus.

One tenant, Rick, who also declined to provide his full name, said staff has done well with masking and maintaining social distancing.

“They can continue doing that until they’re ready to get vaxxed,” he said. “They’re good guys. It’s really heartbreaking and saddening to see [the board] try to do this.”

“I feel like they’re not grateful for us,” Brandon said, “and we’re replaceable at the drop of a dime.”