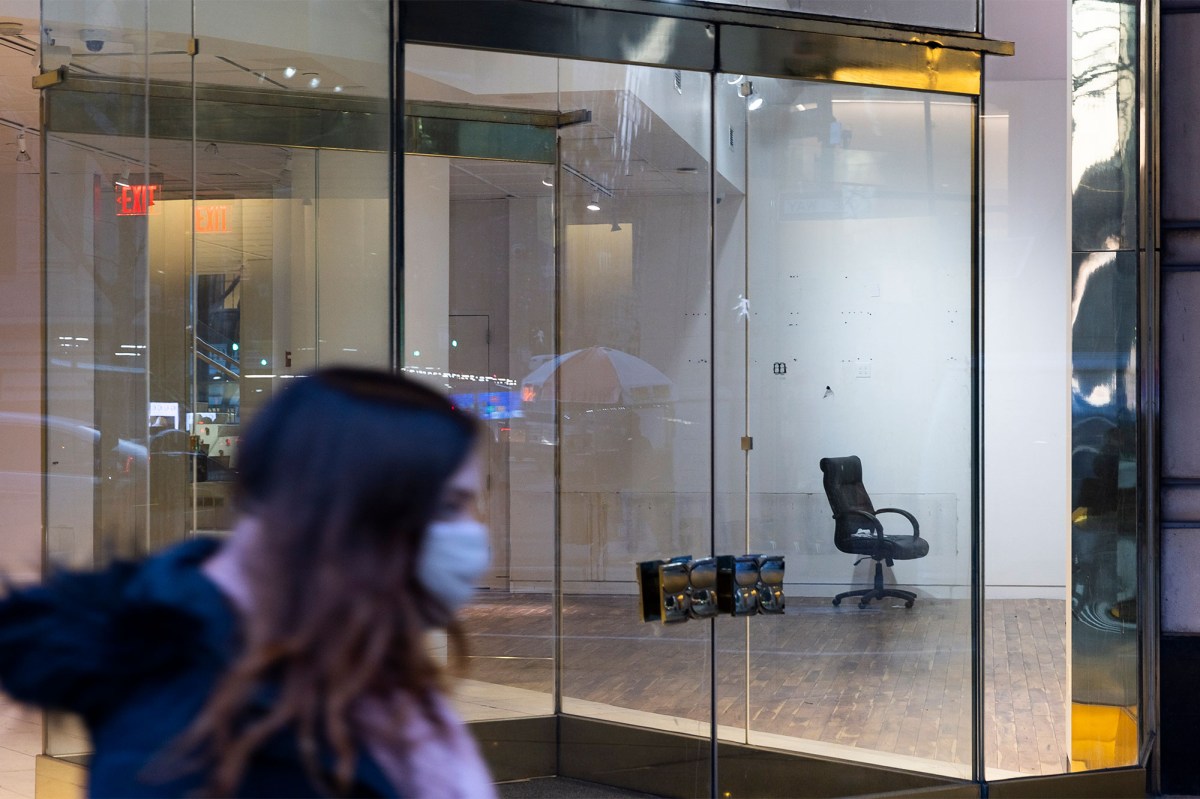 Manhattan’s commercial landlords, stewards of a half-billion square feet of office floors, will be sweating out the usually restful season between Memorial Day and Labor Day, praying that the much-anticipated return-to-offices really happens.

Compounding their anxiety are out-of-date rules for workplaces that were drafted by the state in the pandemic’s terrible early phase — and will make office return on a meaningful scale all but impossible if they’re not quickly overhauled, many major developers and property owners privately say.

One prominent landlord who wouldn’t be named lest he antagonize notoriously vindictive Gov. Cuomo said: “This is a nightmare for owners and for our tenants. Everyone wants to bring employees back, but the state rules make it impossible to plan for how many and how soon.”

While the rest of the city has seen a stirring revival, Midtown and FiDi towers remain near-empty. The office occupancy needle is stuck at below 17 percent for the New York metro area, according to the respected Kastle Systems Back-to-Work Barometer — compared with 42 percent in Dallas and 25 percent in Los Angeles.

The figure is likely even less than 17 percent in central Manhattan, where security personnel have told Realty Check that barely 10 percent of employees come in.

While some companies are only encouraging employees to return on a “voluntary” basis — partly due to fears of liability claims if a worker becomes infected — the state’s Office-Based Work Guidelines for Employers and Employees are the more immediate concern.

They include micro-restrictions based on the horrific conditions in spring of 2020, when the coronavirus killed hundreds of New Yorkers daily and hospitals were overwhelmed.

Among the mandatory state rules are 50 percent maximum occupancy in any given work area and, “Individuals must be prepared to don a face covering if another person unexpectedly comes within six feet.”

No such rules apply in stores, restaurants and sports arenas any longer.

And how’s this “recommendation” for NOT encouraging more office use? “Use tele- or videoconferencing for employee meetings whenever possible.”

The state has said only that it will review the rules. They remain in force even though daily new infections have fallen below 1 percent in the five boroughs and few cases lead to hospitalizations. More than 60 percent of Big Apple residents have received at least one vaccine shot and the total can only go up.

The issue arises even as top executives of JPMorgan Chase, Goldman Sachs and Facebook, among others, claim they are gearing up for a large-scale reoccupation of Manhattan offices after 14 months of remote work. They expect employees to begin returning in June “and working their way up to Labor Day,” RXR Chairman Scott Rechler said.

JPMorgan Chase CEO Jamie Dimon recently said, “My view is that sometime in September, October, it will look just like it did before.”

There were similar cheery predictions last summer, but no mass return occurred. This fall could very well be different. But despite upbeat public statements, and in addition to worries over the state office guidelines, landlords worry that more than a year of Zoom meetings has permanently changed work habits and diminished tenants’ need for floor space.

The stakes couldn’t be higher. Without large-scale office reclamation, the Midtown and Wall Street commercial districts — and the whole city — will be in trouble. Landlords could default as tenants stop paying rent on near-empty space (seen so far at only a handful of locations, such as Condé Nast at One World Trade Center).

Office-tower values would plummet along with the tax revenue they generate for the state and city.

We’re in for a long, nail-biting summer.

Zillow: Surprise! It’s Time to Buy Your Dream Home!
Flipping Houses vs Rental Property Investing in 2022
A spread at Porter House downtown is listing again for $24.5M
Why You Should NOT Buy A Home In 2022
Reverse Mortgage Real Estate Investing